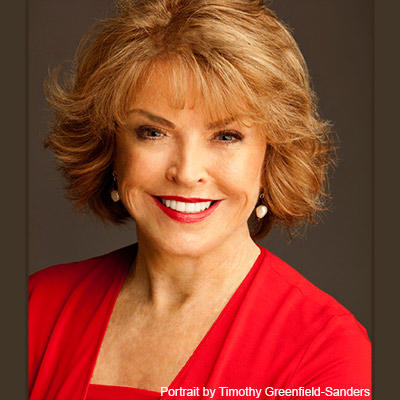 Robert Redford, President and Founder of Sundance Institute, said, “As a leader in her field, Pat Mitchell has long championed the value of the storyteller, not just in entertainment, but in society at large. She clearly understands and is committed to the mission of Sundance. We are fortunate to have her leadership and we welcome her to her new role as Board chair.”   Redford continued “we are grateful to Wally Weisman for his generosity and leadership, dedication to Sundance Institute and tireless support of independent artists over the past 25 years. Sundance Institute would not be the organization it is without his guidance.”

Keri Putnam, Executive Director of Sundance Institute, said, “Sundance Institute has benefited greatly from Wally’s exceptional leadership and it has been my distinct privilege to work with him. Pat is a revered nonprofit leader and visionary and veteran of our Board who brings genuine enthusiasm for the work of the Institute and a deep understanding of the organization.   She will do a wonderful job leading Sundance Institute in the years ahead in her new role and I look forward to working with her.”

Pat Mitchell, who was president & CEO of the Paley Center from March 2006 to May 2014, now serves the organization as executive vice chair.  As president and chief executive officer of The Paley Center for Media (formerly The Museum of Television & Radio), Mitchell guided the institution through an exciting rebranding effort and strengthened its public and industry programs by analyzing and interpreting the immense changes in the media landscape.

Mitchell came to The Paley Center for Media from the Public Broadcasting Service (PBS), where she was named president and chief executive officer in March 2000, the first woman and first producer and journalist to hold the position. Mitchell came to the world of media when she was recruited from college teaching by Look magazine. Not long after, she took her first story to WNBC New York, where she saw her work go from page to screen—and never looked back. Over the next three decades, Mitchell worked for three broadcast networks and several cable channels, winning national acclaim both in front of and behind the camera as a reporter, news anchor, talk show host, White House and special correspondent, producer, and executive.

In addition to her accomplishments both on and off the screen, Mitchell is also known for her humanitarian efforts and her work as a dedicated member of numerous nonprofit boards. Mitchell is a Trustee of the Mayo Foundation, a founding member of Mikhail Gorbachev’s global environmental organization, Global Green USA, a board member of Acumen Fund, chair of the Jordan River Foundation US Board and is a member of the Council on Foreign Relations, Women’s Forum Inc and the International Academy of Television Arts and Sciences. Mitchell also sits on the corporate board of AOL.