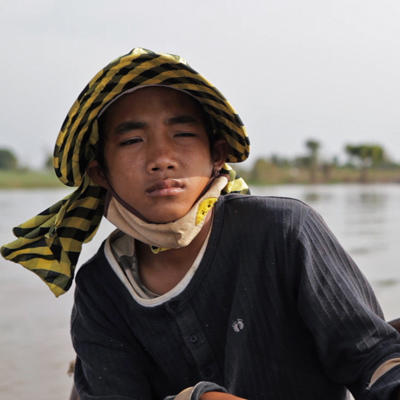 Los Angeles, CA — Sundance Institute today announced the 12 independent films that will make their digital debut this spring through a variety of platforms and storefronts, via the Institute’s Artist Services program, which provides artists supported by the Institute with exclusive opportunities for creative self-distribution, marketing and financing for their work. Titles began premiering today, and will roll out through June 3. For details visit sundance.org/nowplaying.

Among the films making their digital premieres is A River Changes Course, which won the World Cinema Jury Prize: Documentary at the 2013 Sundance Film Festival and paints an intimate portrait of the lives of three families struggling to maintain their traditions and way of life amidst the rapid changes and hard choices forced by globalization in Cambodia.

Jack Kerouac: King of the Beats premiered at the first Sundance Film Festival in 1985. The film provides an insightful look into the short but prolific life of the Beat Generation writer. The spring lineup also features another renowned Jack in The Ballad of Ramblin’ Jack, which pieces together live performances and documentary footage to paint the life story of American folk performer Jack Elliot, told through the eyes of his daughter.

Narrative films include Sleep Dealer, which was developed with the support of Sundance Institute’s Feature Film Program, participating in both the 2000 June Screenwriters Lab and the 2001 Directors Lab. The film went on to win both the Alfred P. Sloan Prize and the Waldo Salt Screeningwriting Award at the 2008 Sundance Film Festival.

The Cold Lands is being released as part of a collaboration between Artist Services and Cinereach, which allows partner organizations to select films they have supported to receive access to the best-in-class digital distribution arrangements secured by Artist Services.

Sundance Institute is a global nonprofit organization founded by Robert Redford in 1981. Through its artistic development programs for directors, screenwriters, producers, composers and playwrights, the Institute seeks to discover and support independent film and theatre artists from the United States and around the world, and to introduce audiences to their new work. The Institute promotes independent storytelling to inform, inspire, and unite diverse populations around the globe. Internationally recognized for its annual Sundance Film Festival, Sundance Institute has nurtured such projects as Beasts of the Southern Wild, Fruitvale Station, Sin Nombre, An Inconvenient Truth, Spring Awakening, Born into Brothels, Trouble the Water, Light in the Piazza and Angels in America. Join Sundance Institute on Facebook, Instagram, Twitter and YouTube.