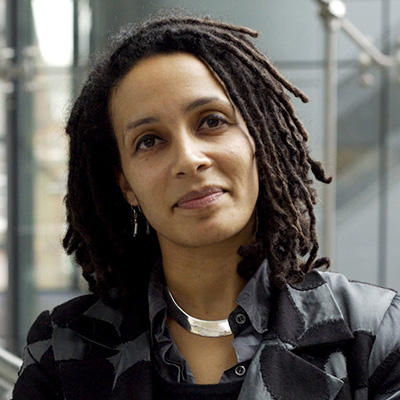 LOS ANGELES, CA — The nonprofit Sundance Institute today announced the appointment of Tabitha Jackson to the position of Director, Documentary Film Program. In this role, Jackson will be a member of the Institute’s senior leadership team and supervise a staff of eight.  Relocating to Los Angeles, she will begin December 6, 2013, reporting directly to Executive Director Keri Putnam.

With over 20 years experience in the documentary and non-fiction field, Jackson recently served as Commissioning Editor, Arts, Channel 4 Television based in London where she championed independent voices and sought to find fresh and innovative ways of storytelling.  Prior to this role,  Jackson held the position of Editor, More 4 at Channel 4  where she ran the day-to-day operations for the  UK’s sixth largest digital channel including running the two key areas of original programming  True Stories and More 4 Arts. Over the course of her career at Channel 4, she supported documentary films including The Imposter, The Cove, Burma VJ and Which Way Home. Jackson brings to her new role extensive experience in producing nonfiction work for multiple platforms, arts advocacy and outreach, building creative partnerships and team management.

In her role at the Institute, Jackson will engage with documentary field stakeholders worldwide and oversee all activities of the Documentary Film Program, including planning and implementing a range of strategic partnerships, granting $1.8 million per year to independent documentaries globally and hosting five annual Labs for documentary filmmakers, among other activities.

“Tabitha’s professional experience, demonstrated leadership, and passion for the field make her an ideal candidate to lead our documentary program at this time,” said Putnam. “We were impressed with her infectious enthusiasm and fresh approach to storytelling, creating engaging content, and discovering new voices. I am confident that Tabitha will be a great leader in service of our core mission and will advance and deepen our impact and reach on a global level.”

For nearly three decades, Sundance Institute has promoted independent storytelling to inform and inspire audiences across political, social, religious and cultural differences. Through labs, funding, special projects with key partners and the Sundance Film Festival, the Institute serves as the leading advocate for independent artists worldwide. Its Documentary Film Program is a resource for independent documentary filmmakers worldwide. Created at Sundance Institute in 2001 with support from Open Society Foundations, the DFP’s year-round activities include funding, creative support for films and filmmakers from development through audience engagement, international creative and partnerships and field-building in targeted regions globally. Films supported by the DFP have received widespread distribution via broadcast, theatrical release, DVD, and online distribution, and garnering exceptional industry recognition

Founded by Robert Redford in 1981, Sundance Institute is a global, nonprofit cultural organization dedicated to nurturing artistic expression in film and theater, and to supporting intercultural dialogue between artists and audiences. The Institute promotes independent storytelling to unite, inform and inspire, regardless of geo-political, social, religious or cultural differences. Internationally recognized for its annual Sundance Film Festival and its artistic development programs for directors, screenwriters, producers, film composers, playwrights and theatre artists, Sundance Institute has nurtured such projects as Born into Brothels, Trouble the Water, Beasts of the Southern Wild, Fruitvale Station, Sin Nombre, An Inconvenient Truth, Spring Awakening, Light in the Piazza and Angels in America. Join Sundance Institute on Facebook, Instagram, Twitter and YouTube.