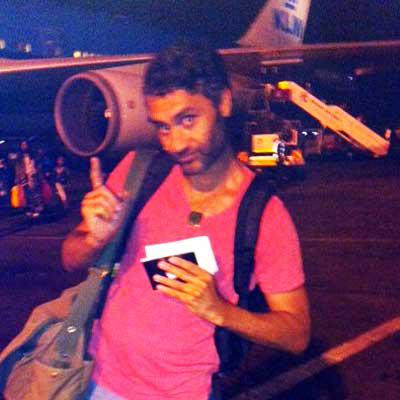 Los Angeles, CA — Following the success of last year’s inaugural Film Forward: Advancing Cultural Dialogue initiative, Sundance Institute and the President’s Committee on the Arts and Humanities announced today the renewal of the program. The slate of 10 new Film Forward films was also revealed along with the eight domestic and international locations in addition to a special presentation at UNESCO.

Film Forward is an initiative of Sundance Institute and the President’s Committee on the Arts and the Humanities in partnership with the National Endowment for the Arts, the National Endowment for the Humanities, and the Institute of Museum and Library Services. Film Forward connects contemporary U.S. and international films and filmmakers with diverse global audiences and features documentary and narrative films. Film Forward underscores the importance of mutual understanding and respect for other cultures and traditions that is at the heart of cultural exchange.

“Film Forward was created to build a global conversation around the issues and themes explored in specific films, as well as the power of film to inform and unite,” said Robert Redford, Founder and President of Sundance Institute. “What we learned from the first year of the program was that people can relate to personal stories on a larger level, despite cultural differences and geographic boundaries. We saw that there is much more work to be done and that initiatives like Film Forward are making a difference.”

“We are thrilled to once again bring the Film Forward initiative to communities, both in the U.S. and around the world, who might not be otherwise exposed to these kinds of compelling stories and universal themes,” said Rachel Goslins, Executive Director of the President’s Committee on the Arts and the Humanities. “The President’s Committee and the program’s federal partners, the National Endowment for the Arts, the National Endowment for the Humanities and the Institute of Museum and Library Services, believe that audiences will connect with each other and the world around them through these carefully curated films.”

The films selected for the second year of the Film Forward program are: Another Earth, by Mike Cahill; Beginners, by Mike Mills; Bran Nue Dae, by Rachel Perkins; Buck, by Cindy Meehl; Grbavica, by Jasmila Zbanic; The Green Wave, by Ali Samadi Ahadi; On The Ice, by Andrew Okpeaha MacLean; Senna, by Asif Kapadia; Somewhere Between, by Linda Goldstein Knowlton; and Unfinished Spaces, by Benjamin Murray and Alysa Nahmias.

Film Forward filmmakers will once again travel with the initiative to present their work and participate in master classes, discussion panels, Q&As and other engagements with audiences. These activities, which foster dialogue and appreciation of varying viewpoints while encouraging new audiences for independent film, will be programmed around the screenings in all locations. Film Forward’s primary audiences continues to be communities without ready access to thought-provoking independent films, disenfranchised students and young people from all walks of life, and the local filmmaking community within each targeted region.

Collectively, these films characterize innovative exploration of universal themes concerning the evolving nature of the human condition amidst the search of identity and the experience of coming of age. Bran Nue Dae, On the Ice and Somewhere Between depict the transition of fragile but determined souls to adulthood in the midst of oppressive outside forces, while The Green Wave, Grbavica and Unfinished Spaces show the devastating effects of political upheaval on ordinary lives. Beginners and Another Earth explore the relationships we form and its evolution in light of life-changing events. Buck and Senna profile the fascinating lives of Buck Brannaman, an ordinary many who transcends his violent past and ends the legacy of abuse through his extraordinary work with horses and the late, legendary Formula One driver, Ayrton Senna who became a national treasure and symbol of success for Brazil.

“Film Forward takes bold, personal films and connects them with audiences both here and abroad, providing a larger cinematic cultural experience,” said Keri Putnam, Executive Director of Sundance Institute. “We are proud to deepen our collaboration with U.S. cultural agencies to present these films, which beautifully illustrate the common humanity and concerns we share – across all boundaries.”

Last year, Film Forward filmmakers held Q&As and workshops with the Saginaw Chippewa Tribe in Michigan; the Kakuma Refugee camp in the northwest of Kenya near Sudan; and Oasis, a gay and lesbian youth shelter in Nashville. Overall, more than 118,000 people attended 116 presentations and more than 30 workshops and panels worldwide conducted by Film Forward’s filmmakers and other film professionals. This year the program will travel to eight locations, reaching a number of underserved communities in: the Central Valley of California, the Chickasaw Nation in Oklahoma, Tucson, Arizona, and Puerto Rico. The initiative will also travel overseas to China, Morocco, India and Colombia and will be presented to delegates at UNESCO in Paris, France.

Specific venues and dates for the initiative will be announced on the program’s website at www.sundance.org/filmforward.

Another Earth / USA (Director: Mike Cahill) — After the discovery of a duplicate Earth in the solar system, the lives of two strangers become intertwined in the aftermath of a tragic accident. Cast: Brit Marling (also co-writer), William Mapother, Matthew-Lee Erlbach.

Beginners / USA (Director: Mike Mills) — A young man is rocked by two announcements from his elderly father: that he has terminal cancer, and that he has a young male lover. Cast: Ewan McGregor, Christopher Plummer, Melanie Laurent.

Bran Nue Dae / Australia (Director: Rachel Perkins) — This musical, set in the Summer of 1969, tells the story of a young man who flees the Catholic mission where he is studying to join the priesthood. He journeys across Australia on a life-changing journey that ultimately leads him back home. Cast: Rocky McKenzie, Jessica Mauboy, Geoffrey Rush.

Buck / USA (Director: Cindy Meehl) — Buck profiles famous “horse whisperer” Buck Brannaman, tracing his life from an abusive childhood to his career as a world-renowned horse handler and trainer. Buck transcends the violence of his upbringing and teaches people to communicate with their horses through leadership and sensitivity, not punishment.

Grbavica / Bosnia and Herzegovina (Director: Jasmila Zbanic) — A woman and her daughter struggle to make their way through the aftermath of the Balkan war. Cast: Mirjana Karanovic, Luna Mijovic, Leon Lucev.

The Green Wave / Germany (Director: Ali Samadi Ahadi) — Ali Samadi Ahadi’s timely documentary reveals how Iranian civilians reacted to the 2009 Iranian Presidential elections. Using animation and live action footage of the protests as well as interviews with Iranian bloggers and political leaders, Ahadi paints a compelling portrait of a nation on the brink of revolution.

On the Ice / USA (Director: Andrew Okpeaha MacLean) — Two Alaskan teenagers deal with guilt after accidentally killing a friend in a fight that gets out of control. Cast: Josiah Patkotak, Frank Qutuq Irelan, Teddy Kyle Smith.

Somewhere Between / USA (Director: Linda Goldstein Knowlton) — Somewhere Between tells the story of four teenaged girls adjusting to life in the U.S. after their Chinese birth parents are forced to part with them due to rural poverty and China’s “one-child” policy. The film provides an intimate look into the lives of teenage adoptees as they come to terms with their unique identities.

Founded by Robert Redford in 1981, Sundance Institute is a global, nonprofit cultural organization dedicated to nurturing artistic expression in film and theater, and to supporting intercultural dialogue between artists and audiences. The Institute promotes independent storytelling to unite, inform and inspire, regardless of geo-political, social, religious or cultural differences. Internationally recognized for its annual Sundance Film Festival and its artistic development programs for directors, screenwriters, producers, film composers, playwrights and theatre artists, Sundance Institute has nurtured such projects as Born into Brothels, Trouble the Water, Son of Babylon, Amreeka,An Inconvenient Truth, Spring Awakening, Light in the Piazza and Angels in America. Join Sundance Institute on Facebook, Twitter and YouTube.