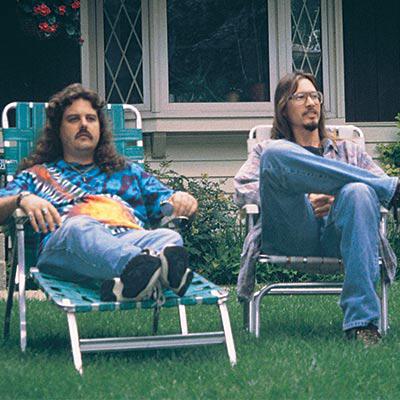 Tickets on Sale Now at Ticketfly

LOS ANGELES, CA — Sundance Institute today announced that the first-ever NEXT WEEKEND film festival, Aug. 8-11, 2013 at venues throughout Los Angeles, will kick off with an outdoor screening of Chris Smith’s iconic cult documentary American Movie and Mark Borchardt’s horror film Coven Aug. 8 at Cinespia at the Hollywood Forever Cemetery. Chris Smith will introduce the films. Tickets ($12) are on sale now at Ticketfly. Sundance Institute Members will have priority admittance via a members-only line for this event at the Hollywood Forever Cemetery. This screening is co-presented with Acura.

NEXT WEEKEND – an extension of the popular NEXT <=> section at the Sundance Film Festival in Park City, Utah – is a summer film festival presenting four days of screenings, parties and artist programs that celebrate the renegade spirit of independent filmmaking.

Trevor Groth, Director of Programming for the Sundance Film Festival, said, “American Movie and Coven exemplify what NEXT is all about – an undying passion to make movies against odds and with unfettered creativity. One of the coolest cinematic venues in Los Angeles, Cinespia at the Hollywood Forever Cemetery is the ideal location to launch NEXT WEEKEND and to bring together all the renegade film lovers to be entertained and inspired by these extraordinary classic independent films.”

John Cooper, Director of the Sundance Film Festival, said, “NEXT WEEKEND was created to not only celebrate the current generation of filmmakers working with NEXT sensibilities, but also to reflect on those films that paved the way.”

Additional NEXT WEEKEND programming will be announced next week. The festival will be headquartered at Sundance Sunset Cinema in West Hollywood. On the final evening, Aug. 11, the festival expands with its NEXT SUNDAY initiative by hosting screenings at venues across Los Angeles including the American Cinematheque at the Aero Theatre, Cinefamily, The Museum of Contemporary Art, Los Angeles (MOCA), and the UCLA School of Theater, Film and Television at the Billy Wilder Theater at the Hammer Museum. In conjunction with NEXT WEEKEND, the Institute will host its annual ShortsLab: Los Angeles full-day short filmmaking workshop.

For more information about NEXT WEEKEND visit sundance.org/next.

Editor’s note: For images, click here. Press that wish to attend and cover NEXT WEEKEND should click here for more information.