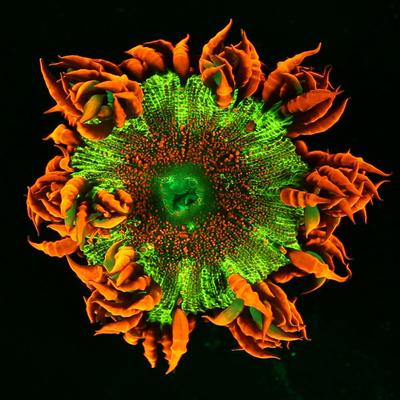 Park City, UT — Sundance Institute today announced that Coral: Rekindling Venus, a full-dome film and augmented reality presentation featured in the 2013 edition of New Frontier at the Sundance Film Festival, will screen at 14 full-dome planetariums throughout the United States during the Festival, January 17-27. Created and directed by Australian media artist Lynette Wallworth, Coral: Rekindling Venus is an immersive film experience that takes viewers underwater through the mysterious realm of fluorescent coral reefs in Australia, Papua New Guinea and Indonesia.

Wallworth’s visually stunning Coral: Rekindling Venus is designed to immerse viewers in the complex world of rare marine life with the hope of creating an emotional connection between a global audience and the planet’s endangered coral reefs. This epic project features original deep-sea photography from Emmy Award-winning cinematographer David Hannan, and music by Antony and the Johnsons, renowned Australian Indigenous artist Gurumul and German composer Max Richter. An augmented-reality companion artwork, Rekindling Venus: In Plain Sight will also be featured, allowing audiences to explore deep sea coral reefs around the world through their smartphones.

Wallworth said, “My intent with Coral: Rekindling Venus is to leave the audience with a sense of wonder for the complexity and beauty of coral reefs and a stronger understanding of our connection to it. In that vein, this tour is built on community, reaching audiences where they live, and with their friends and neighbors as fellow participants.”

The Festival’s New Frontier section showcases films, media installations, multimedia performances, trans-media experiences and panel discussions that explore the convergence of film, art, new media technology and storytelling. Coral is the first full-dome work to be featured in New Frontier, and the planetarium and full-dome tour is also a first for the Festival.

Shari Frilot, Senior Programmer for the Sundance Film Festival and Curator of the New Frontier exhibition, said, “The scope and ambition of Lynette Wallworth’s Coral: Rekindling Venus is an example of just how powerful the convergence of art world imagination, cinematic storytelling and new media technology, can be, which is the focus of our New Frontier initiative. With Coral, audiences across the country will be able to engage in and contribute to a dialogue around the endangered coral reefs as well as the value of expanding cinema culture beyond the traditional movie theater.”

Coral producer John Maynard of Felix Media adds, “Lynette’s work, beyond its beauty and visionary scope has created a benchmark in full-dome work and is quickly enlivening the market with the potential of new content. Inclusion in the prestigious Sundance Film Festival New Frontier exhibition will help Coral find wider audiences and help to spread support for our endangered coral reefs”.

Over the past five months Coral: Rekindling Venus has screened in 24 cities across six continents and been featured in five major festivals including the London Cultural Olympiad and the World Science Festival in New York. For more information please visit www.coralrekindlingvenus.com.