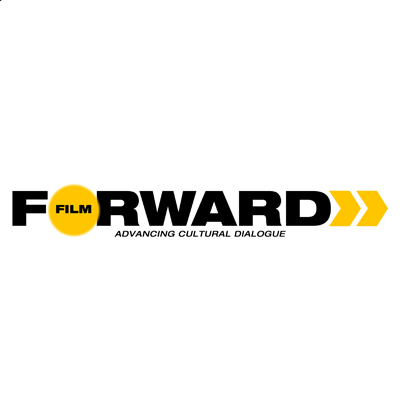 RABAT, MOROCCO (September 23, 2011) – Film Forward: Advancing Cultural Dialogue, a Sundance Institute initiative in partnership with U.S. federal cultural agencies, will be presented in the Kingdom of Morocco September 27-30, in collaboration with the U.S. Embassy in Rabat. A selection of films and film-related events will be presented at locations in Tangier, Tetouan, Salé and Casablanca. Filmmakers Cherien Dabis (Amreeka) and Stanley Nelson (Freedom Riders), as well as Caroline Libresco, Senior Programmer at Sundance Institute, will travel to Morocco to represent the initiative and engage with audiences.

“In just the first year of this program, we’ve taken films and filmmakers around the world and built a dialogue with audiences in Tunisia, Turkey, China, Kenya, Puerto Rico and several other locations in the U.S.,” said Keri Putnam, Sundance Institute Executive Director. “Though each location is different, audiences are finding common themes and sharing their own experiences. It speaks to the goal of the program – showing the power of film to transcend culture barriers.”

Private workshops will be held at University Abdelmalek Essadi in Tetouan by Stanley Nelson who will explore the filmmaking challenges he faced with creating a historical film and how to effectively use rich archival footage to create a singular cinematic experience. Cherien Dabis will conduct a workshop for the students at School of Metiers du Cinema in Sidi Moumen district of Casablanca on her filmmaking process developing a project from script to screen and will explore the challenges and benefits of directing and producing a film in a developing country.

Events open to the general public include free screenings of Amreeka at Cinematheque de Tanger, Tuesday, September 27 at 16:00 and again at Cinema Hollywood in Salé, Thursday, September 29 at 18:00.

The multiple opportunities for local Moroccan filmmakers to meet with Film Forward directors supports the initiative’s core goal of fostering relationships with international filmmakers. In this same spirit, Sundance Institute Senior Programmer Caroline Libresco will also be in the Kingdom liaising with the local film community.

Film Forward is an initiative of Sundance Institute and the President’s Committee on the Arts and the Humanities in partnership with the National Endowment for the Arts, the National Endowment for the Humanities, and the Institute of Museum and Library Services. Film Forward connects contemporary U.S. and international films and filmmakers with diverse global audiences and features documentary and narrative films. Film Forward underscores the importance of mutual understanding and respect for other cultures and traditions that is at the heart of cultural exchange.

The U.S. Embassy in Rabat and the U.S. Consulate General in Morocco represent the government and people of the United States to the government and people of Morocco. Public Affairs Sections in both Rabat and Casablanca grow and deepen the longstanding friendship between our two countries through press and public outreach, performing and visual arts programs, educational and cultural exchanges and youth programs that touch Moroccans from all walks of life. All the offices of the U.S. diplomatic mission in Morocco operate under the supervision of Ambassador Samuel L. Kaplan, the personal representative of the President of the United States to His Majesty the King of Morocco. Learn more about the U.S. diplomatic mission at the embassy and consulate web site, embassy Facebook page and American cultural center Facebook page.

A Small Act / USA (Director: Jennifer Arnold) – A young Kenyan’s life changes dramatically when his education is sponsored by a Swedish stranger. Years later, he founded his own scholarship program to replicate the kindness he once received.

Afghan Star / Afghanistan/UK (Director: Havana Marking) – After 30 years of war and Taliban rule, Pop Idol has come to television in Afghanistan: millions are watching and voting for their favorite singer. This film follows the dramatic stories of four contestants as they risk their lives to sing.

Boy / New Zealand (Director and screenwriter: Taika Waititi) – When his father returns home after many years away, 11-year-old Boy and his little brother Rocky must reconcile reality with the fantasy dad they created in their imagination. Cast: Taika Waititi, James Rolleston, Te Aho Eketone.

Last Train Home / Canada (Director: Lixin Fan) – Getting a train ticket in China proves a towering ordeal as a migrant worker family embarks on a journey, along with 200 million other peasants to reunite with their distant family.

Udaan / India (Director Vikramaditya Motwane; Screenwriter: Motwane) – Following his expulsion from boarding school, Rohan returns to the small industrial town of Jamshedpur. After 8 years away, he finds himself closeted with an authoritarian father and a younger half brother that he didn’t even know existed. Udaan explores deep-rooted family dynamics and a triumph of the human spirit.