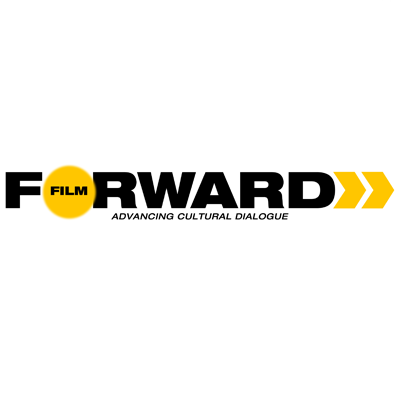 JACKSON, MISSISSIPPI (September 12, 2011) — Film Forward: Advancing Cultural Dialogue, a Sundance Institute initiative in partnership with U.S. federal cultural agencies, will present a broad spectrum of film screenings and workshops in Jackson and Piney Woods, Mississippi September 26 – October 8, in conjunction with the historic Piney Woods School, the Mississippi Film Office and Crossroads Film Society. All events are free and open to the public.

Among the events taking place at The Piney Woods School, the flagship of four remaining historically African-American boarding schools in the U.S., are an October 7 screening of Winter’s Bone and Q&A with filmmaker Debra Granik, and an October 8 screening of Udaan and Q&A with filmmaker Vikramaditya Motwane. Both Udaan and Winter’s Bone navigate the transition to adulthood and re-define family in broadly different circumstances. Granik and Motwane will also meet with members of The Piney Woods School Film Club. In addition to the Winter’s Bone and Udaan screenings on October 7-8, daily film screenings will take place September 26-30 and include showings of A Small Act (USA), Afghan Star (Afghanistan), Amreeka (USA), Boy (NZ), Freedom Riders (USA), La Mission, (USA), Last Train Home (China) and Son of Babylon (Iraq).

“The Piney Woods School is a wonderful institution that is distinct in its goal to bring education and advancement to an underserved community, which is completely in line with the goals of Film Forward,” said Keri Putnam, Executive Director of Sundance Institute. “The depth of Film Forward activities planned in Jackson and Piney Woods are poised to engage diverse audiences and create meaningful dialogue about the power of film, as we’ve seen happen in the other locations the initiative has visited.”

Events at the Mississippi Museum of Art include an October 8 Script-to-Screen Workshop focusing on the creative process of being a director. Filmmakers Debra Granik (Winter’s Bone) and Vikramaditya Motwane (Udaan) will participate in the workshop, which will be facilitated by Alesia Weston of the Sundance Institute Feature Film Program. Also taking place at the Mississippi Museum of Art that day is a reception and musical performance by Marideth Sisco, followed by the closing night screening of Winter’s Bone and Q&A with director Debra Granik.

A full schedule of screenings and events is available at www.sundance.org/filmforward and www.crossroadsfilmsociety.com.

The key marketing collaborator for the Film Forward program in Jackson and Piney Woods, Mississippi is South Arts.

A joint venture of Sundance Institute and the President’s Committee on the Arts and the Humanities (PCAH) in cooperation with USA federal cultural partners, the National Endowment for the Arts (NEA), National Endowment for the Humanities (NEH) and the Institute of Museum and Library Services (IMLS), Film Forward connects contemporary U.S. and international films and filmmakers with diverse global audiences and features documentary and narrative films. Film Forward underscores the importance of mutual understanding and respect for other cultures and traditions that is at the heart of cultural exchange.

The Piney Woods School
The Piney Woods School, one of only four remaining historically African-American boarding schools in the nation, celebrated 100 years of delivering quality leadership education in 2009. Located on 2,000 acres of pristine woodland, the school offers a dynamic living/learning environment where every staff person becomes a mentor and every moment becomes an opportunity to educate. Each year, the school educates 200 students (grades 9 through 12) from 27 states and five foreign countries. And each year, 98 percent of the graduating seniors go on to some of the most prestigious colleges and universities in the nation (last year with over $2.8 million in scholarships). The Piney Woods School is the first high school in the world with an AmeriCorps program with 35 seniors performing 450 hours of community service. This is part of a leadership initiative that changes the lives of students and allows young people to return to their home communities as agents for positive change. The collaboration with Film Forward will launch a new media arts focus for the school.

Mississippi Film Office
From initial contact to wrap, you can expect the assistance of our Mississippi Film Office: location scouting and research; pre-production help with casting, extras, crew, equipment; trouble-shooting during production and wrap; we will work with you every step of the way. We can offer a diversity of locations for your Mississippi film: the white sand beaches along the Gulf of Mexico, the panoramic agricultural expanse of the Delta along the Mississippi River, the rolling hills of the historic Natchez Trace, the grandeur of the many antebellum homes throughout the State. River communities, town squares and railroad cities reach from the early 1800’s to the 1920’s and ’30’s, while modern cities, industrial complexes and universities reach toward the future.

South Arts
South Arts (formerly the Southern Arts Federation), a nonprofit regional arts organization, was founded in 1975 to build on the South’s unique heritage and enhance the public value of the arts. South Arts’ work responds to the arts environment and cultural trends with a regional perspective. South Arts offers an annual portfolio of activities designed to address the role of the arts in impacting the issues important to our region, and to link the South with the nation and the world through the arts. The organization works in partnership with the state arts agencies of Alabama, Florida, Georgia, Kentucky, Louisiana, Mississippi, North Carolina, South Carolina, and Tennessee. It is funded by the National Endowment for the Arts, member states, foundations, businesses and individuals. www.southarts.org

A Small Act / USA (Director: Jennifer Arnold) — A young Kenyan’s life changes dramatically when his education is sponsored by a Swedish stranger. Years later, he founded his own scholarship program to replicate the kindness he once received.

Afghan Star / Afghanistan/UK (Director: Havana Marking) — After 30 years of war and Taliban rule, Pop Idol has come to television in Afghanistan: millions are watching and voting for their favorite singer. This film follows the dramatic stories of four contestants as they risk their lives to sing.

Boy / New Zealand (Director and screenwriter: Taika Waititi) — When his father returns home after many years away, 11-year-old Boy and his little brother Rocky must reconcile reality with the fantasy dad they created in their imagination. Cast: Taika Waititi, James Rolleston, Te Aho Eketone.

Last Train Home / Canada (Director: Lixin Fan) — Getting a train ticket in China proves a towering ordeal as a migrant worker family embarks on a journey, along with 200 million other peasants to reunite with their distant family.

Udaan / India (Director Vikramaditya Motwane; Screenwriter: Motwane) — Following his expulsion from boarding school, Rohan returns to the small industrial town of Jamshedpur. After 8 years away, he finds himself closeted with an authoritarian father and a younger half brother that he didn’t even know existed. Udaan explores deep-rooted family dynamics and a triumph of the human spirit.
Cast: Rajat Barmecha, Ronit Roy, Aayan Boradia, Ram Kapoor.