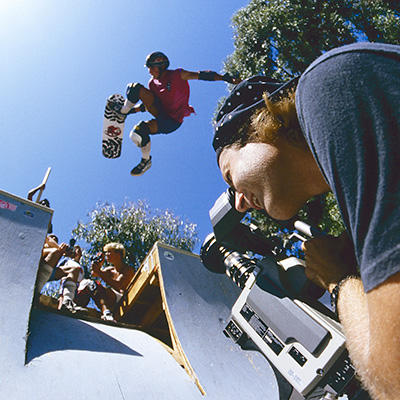 Los Angeles, CA — Sundance Institute and the President’s Committee on the Arts and Humanities announced today that FILM FORWARD: Advancing Cultural Dialogue will return for a second year to host eight free film screenings, workshops and artist roundtables in Imperial Valley, California, and Mexicali, Mexico, February 26 through March 1. For a full schedule of events visit www.sundance.org/filmforward.

FILM FORWARD, a partnership of the Sundance Institute and U.S. federal cultural agencies, is a touring program that offers film screenings, workshops and discussions designed to foster dialogue and cross-cultural understanding. It uses the power of cinema to promote broader cultural understanding, inspire curiosity, foster dialogue, and enhance awareness of shared stories and values across generations, language, education and borders. The partnering federal agencies are the President’s Committee on the Arts and Humanities, National Endowment for the Arts, National Endowment for the Humanities and Institute of Museum and Library Services.

Keri Putnam, Executive Director of Sundance Institute, said, “Returning to locations like Imperial Valley and Mexicali, Mexico, means we can deepen the relationships started last year with a new set of films and a renewed sense of community. We look forward to building on these shared experiences and connecting audiences with independent film.”

“From growing up in Kenya, to living in the United Kingdom to filming Town of Runners in Ethiopia, I have come to realize how film can be a powerful medium to discuss global issues,” said Director Jerry Rothwell. “I am excited to meet audiences in Imperial Valley, California, and Mexicali, Mexico, through the FILM FORWARD program, to discuss themes that unify us all.”

FILM FORWARD’s primary audience is communities without ready access to independent films, students, and the local filmmaking community in each region. Common themes explored in the films include issues surrounding family, friendship and community, as well as the intersection of tradition and modern culture.