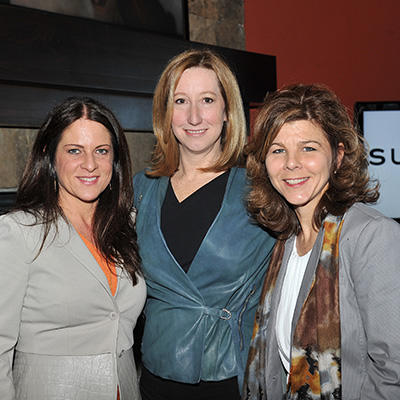 The study was commissioned by Sundance Institute and Women In Film Los Angeles and was conducted by Stacy L. Smith, Ph.D., Katherine Pieper, Ph.D. and Marc Choueiti at Annenberg School for Communication and Journalism, University of Southern California.

Putnam said, “The results of this research are encouraging, and we hope they will highlight the barriers and opportunities facing women behind the camera. We look forward to collaborating with Women In Film Los Angeles and other allied organizations to raise awareness and inspire action around this important issue.”

Schulman said of the results, “This data shows us that there is a higher representation of female filmmakers in independent film as compared to Hollywood – but it also highlights the work that is still to be done for women to achieve equal footing in the field.”

The research was conducted with a two-prong approach. First, it quantitatively assessed the gender of 11,197 directors, writers, producers, cinematographers and editors in U.S. movies programmed for the Sundance Film Festival between 2002 and 2012 to identify the prevalence of female filmmakers. Second, researchers documented the qualitative experiences of female filmmakers through interviews with filmmakers and film industry representatives.

The Sundance Institute and Women In Film Los Angeles collaboration is supported by LUNA and JPMorgan Chase Foundation.

Women In Film
Women In Film is a non-profit organization dedicated to helping women achieve their highest potential within the global entertainment, communication and media industries and to preserving the legacy of women within those industries. Founded in 1973, Women In Film and its Women In Film Foundation provide for members an extensive network of contacts, educational programs, scholarships, film finishing funds and grants, access to employment opportunities, mentorships and numerous practical services in support of this mission. www.wif.org