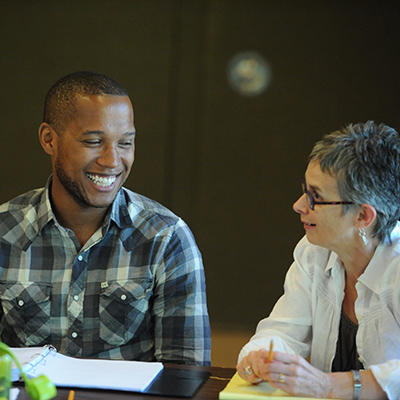 Each Fellow was identified by one of the following core programs of the Institute: Documentary Film Program, Feature Film Program, Film Music Program, Native American & Indigenous Film Program and Theatre Program. Fellows attend an annual Lab and receive continued support from the Institute, including mentoring, strategic granting, attendance at the Sundance Film Festival and participation in screenplay readings, work-in-progress screenings and related programs and events. The new Native Producing Fellowship addresses the need to deepen the field of Native American and Indigenous producers who can engage with the marketplace while supporting independent artists in their development processes.

Keri Putnam, Executive Director of Sundance Institute, said, “The support of Time Warner Foundation enables us to empower independent storytellers with the financial and creative tools they need to develop their stories and bring them to audiences. By focusing on artists from diverse backgrounds and expanding our support to Native producers, we are working towards enriching a global culture with their singular voices.”

“The mission of the Time Warner Foundation is to seek innovative and powerful ways to discover, nurture and celebrate the next generation of storytellers,” said Lisa Garcia Quiroz, President of the Time Warner Foundation. “The creative team at Sundance Institute has a keen eye for extraordinary new talent. We are proud to collaborate with them, and we welcome the new Fellows.”

Johnny  Symons and S. Leo Chiang, Out Run (Documentary Film Program and Fund) — A transgender pioneer fights hostility and discrimination as she campaigns for Congress in the Philippines, illuminating the challenges facing openly LGBT politicians emerging in traditional parts of the world.

Johnny Symons (Co-Director) is an Emmy‐nominated documentary filmmaker based in San Francisco. Creating films since 1991, Johnny’s work primarily focuses on LGBT culture and politics. His film Daddy & Papa, about the personal, cultural and political impact of gay men raising kids, premiered at the 2002 Sundance Film Festival.

S. Leo Chiang (Co-Director) is a Taiwan-born, San Francisco-based filmmaker. His current documentary Mr. Cao Goes to Washington, won the Inspiration Award at the 2012 Full Frame Documentary Film Festival. His other films include: A Village Called Versailles, To You Sweetheart, Aloha, One + One and Safe Journey.

Chinaka Hodge, 700th & International (Feature Film Program) — A trash-talking hood track phenomenon named Tuka dies by an unexpected bullet; she awakes to find herself in a corrupt version of heaven where everyone has a job – namely, to decide the exact moment of death for someone still living on earth.

Chinaka Hodge is a poet, educator and playwright from Oakland, California. She received her BA from NYU’s Gallatin School and her MFA from USC’s School of Cinematic Arts. After nearly a decade of performing her own words around the globe and on two seasons of Def Poetry, she made the transition to the screen and received her first credit for Brave New Voices on HBO.

Yotam Silberstein (Film Music Program) — Since landing in New York, internationally-acclaimed guitarist Yotam has earned a well deserved spot among the Jazz elite by collaborating with legendary musicians such as James Moody, The Heath Brothers, Paquito D’Rivera, and the Dizzy Gillespie Alumni All-Stars. Yotam’s mastery of the guitar is featured on an array of hit albums, ranging from his recent releases Resonance and Brasil on the Jazz Legacy Productions label, to Monty Alexander’s Grammy-nominated Harlem-Kingston Express Live! The Sundance Institute | Time Warner Foundation Fellowship included support for Yotam to procure recording equipment needed to build a small home studio and usable recording rig at his residence in Brooklyn.

Brooke Swaney, Circle (Native American & Indigenous Film Program) — Auralee, trapped in a dead-end job and a dead-end relationship, searches for her native roots while coping with a sudden onset of baby-mania. Frankie, a teenage Haida girl in Montana, acquaints herself with her new foster family while combating the after effects of abuse. Auralee wants a kid, Frankie wants love, and only one knows it is each other.

Brooke Swaney (Blackfeet & Salish) received her MFA in Film and Television from NYU’s Tisch School of Arts. Her first film, The Indigenoid, was nominated for Best Live Short at the 2005 American Indian Film Festival in San Francisco. In 2011, Ok Breathe Auralee premiered at the Sundance Film Festival.

Branden Jacobs-Jenkins, Appropriate (Theatre Program) — The Lafayette family patriarch (and compulsive hoarder) is long dead, and it’s time to deal with the deserted and heavily mortgaged Arkansan homestead. When his adult children descend upon the former plantation to liquidate the estate, a gruesome discovery among his many belongings become just the first in a serious of treacherous surprises. A play about family secrets, memory loss and the art of repression.

Branden Jacobs-Jenkins is a Brooklyn-based playwright. He is Usual Suspect and a former New York Theatre Workshop Playwriting fellow, an alum of the Soho Rep Writers/Directors Lab, Public Theater Emerging Writers Group and Ars Nova Playgroup. His honors include a Princess Grace Award, the Dorothy Strelsin Playwriting Fellowship, the Paula Vogel Award, and a fellowship in playwriting from the New York Foundation for the Arts. He is the recipient of the first-ever Sundance Institute Tennessee Williams Award.

Tanya Saracho, Song for the Disappeared (Theatre Program) — This new drama tells the story of a fractured family that comes together when the youngest son mysteriously disappears—presumably at the hands of the narcos that dominate the U.S./Mexico border. When their carefree (and sometimes careless) younger brother Javi disappears, the family is forced into their first reunion since their mother’s funeral as they search of the brother that no one—not the headstrong daughter nor the larger-than-life father—knows how to find.

Tanya Saracho was born in Sinaloa, México. She’s a playwright, director and actor as well as a writer for the upcoming Lifetime series Devious Maids and for the untitled Michael Lannan project for HBO. Named “Best New Playwright of 2010” by Chicago Magazine, Saracho is a new ensemble member at Victory Gardens Theater, a resident playwright emerita at Chicago Dramatists and a Goodman Theatre Fellow. Song For The Disappeared is a Goodman commission.

Ross Chaney, I am Thy Weapon — Written by Razelle Benally, I am Thy Weapon is the hard-edged fictional account about a dispirited 17-year-old young woman and her precocious eight-year-old sister as they search for light in the heavy shadows of life cast by poverty and apathy on the San Carlos Reservation in Arizona.

Ross Chaney (Osage & Cherokee Nations) is a multi-media artist who works in video, installation, painting, drawing and digital imagery. He has served as Executive Vice President of the Otoe-Missouria Tribal Economic Development Holding Company and as the COO and CFO of the Indian Affairs Cabinet of the State of New Mexico.

Jonny Cournoyer, Across the Creek — A contemporary vision of the Rosebud and Pine Ridge Indian Reservations in South Dakota.

Jonny Cournoyer (Rosebud Sioux) is a multi-disciplinary artist with a primary focus on filmmaking. He is currently in post-production on his debut documentary, Across the Creek, funded by VisionMaker Media. He is based in Los Angeles, California.

Kasmira Kipp, Alaska is a Drag — Leo, a charismatic 17-year-old gay boy, lives in blue-collar Alaska while working at a fish cannery. His two options for getting out of Anchorage are to train to become a professional boxer or train to become a fabulous drag queen. His worlds collide when he is forced to scale fish, box in the ring, and perform on stage, all in one day. Written by Shaz Bennett.

Blackhorse Lowe, Walk in Beauty — This animated film set in the 1600s follows twin Navajo girls, Morning Star and Evening Star, who come across a dead Spaniard’s body and find the skin so beautiful they are inspired to find a way to turn white.