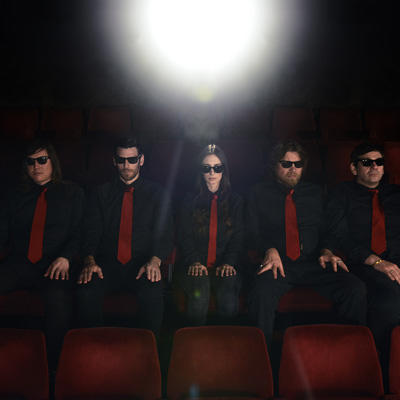 Los Angeles, CA — Sundance Institute and TED today announced an open call for proposals for the second collaboration between the two organizations, which will jointly award $125,000 for a short documentary film project about the work of the 2014 TED Prize winner – Charmain Gooch, Co-founder and director of Global Witness. The Institute’s Documentary Film Program will accept proposals March 18 through May 1, 2014 at www.sundance.org/ted and will oversee the selection process in collaboration with TED.

Keri Putnam, Executive Director of Sundance Institute, said, “Documentary film has the power to amplify a crucial message and mobilize engaged citizens. Through the Sundance Institute | TED Prize Filmmaker Award, one filmmaker will tell the story of Charmian Gooch’s vision to launch a new era of openness in business and help bring her bold project to audiences world-wide.”

“The TED Prize is awarded annually to a remarkable visionary, granting them $1 million and the resources of the TED community to launch a world-changing project,” said Anna Verghese, Deputy  Director of the TED Prize. “The Sundance Institute | TED Prize Filmmaker Award will help ensure we share Charmian Gooch’s wish and delve into the complexities of corruption, through the lense of a skillful filmmaker.”

The winning project must: highlight the work of the TED Prize winner over the course of their first 12 months after receiving the award; be suitable for creating appreciation and deeper understanding of the TED Prize winner’s work; be independently produced, with creative control held by the producing/directing team; display directorial vision/aesthetic; and have the potential for theatrical release.

Deliverables for the award include a short cinematic film of 25-40 minutes in length, a multi-platform release strategy, a trailer of under 90 seconds, and a 3-5-minute version of the film. Film projects must be completed within 18 months of the announcement of the award. Clips will be screened at the 2015 TED Conference in Vancouver, Canada.

The winning proposal will be announced in June 2014. For more information about Charmain Gooch, winner of the annual TED Prize, visit www.ted.com/prize.

TED Prize
The first TED Prize was awarded in 2005, born out of the TED Conference and a vision by the world’s leading entrepreneurs, innovators, and entertainers to change the world – one wish at a time. The original prize: $100,000 and the TED community’s range of talent and expertise. What began as an unparalleled experiment to leverage the resources of the TED community has evolved into a $1 million award and an ambitious effort to spur global-scale change.

From Bono’s the ONE Campaign (’05 recipient) to Jamie Oliver ‘s Food Revolution (’10 recipient) to JR’s Inside Out Project (’11 recipient) and Sugata Mitra’s School in a Cloud (’13 recipient), the TED Prize has helped to combat poverty, take on religious intolerance, improve global health, tackle child obesity, advance education, and inspire art around the world.