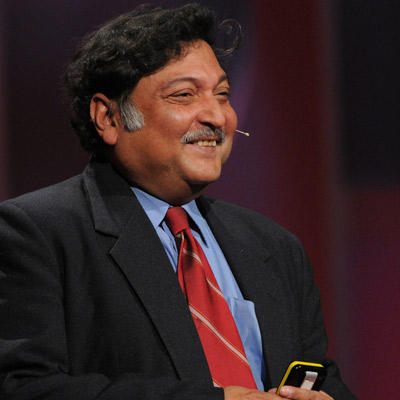 Los Angeles, CA — Sundance Institute and TED today announced the first collaboration between the two organizations, which will jointly award $125,000 for a short documentary film project about the work of Sugata Mitra, winner of the annual TED Prize. The Institute’s Documentary Film Program and Fund will accept proposals March 1 through April 15, 2013 at sundance.org/ted and will design and oversee the selection process in collaboration with TED.

Keri Putnam, Executive Director of Sundance Institute, said, “Through the Sundance Institute | TED Prize Filmmaker Award, documentary film will bring to life the extraordinary vision of Sugata Mitra’s large-scale collaborative project, providing a record of his work and an inspiring way for audiences to engage with the ideas behind it.”

“The TED Prize is awarded to remarkable individuals who have a great vision and a world changing wish, and will use the prize to build on their bodies of work,” said Lara Stein, Director of the TED Prize. “The Sundance Institute | TED Prize Filmmaker Award not only provides a vehicle for telling the TED Prize winner’s story, but will engage a wider global audience to participate in the recipient’s wish.”

The winning project must: highlight the work of the TED Prize winner over the course of their first 12-18 months after receiving the award; be suitable for creating appreciation and deeper understanding of the TED Prize winner’s work; be independently produced, with creative control held by the producing/directing team; display directorial vision/aesthetic; and have the potential for theatrical release.

Deliverables for the award include a short cinematic film of 25-50 minutes in length, a multi-platform release strategy, a trailer of under 90 seconds, and a 3-5-minute version of the film. Film projects must be completed within 18 months of the announcement of the award. Clips will be screened at the next year’s TED Conference. The $125,000 award will cover all expenses associated with producing, delivering and qualifying the short film for Academy Award consideration.

Cara Mertes, Director of the Sundance Institute Documentary Film Program and Fund stated, “We see this collaboration as a tremendous opportunity for independent documentarians worldwide to offer a creative and original vision for telling the story of the TED Prize winner. We look forward to the proposals.”

The winning proposal will be announced at TED Global in Edinburgh, Scotland, in June 2013. For more information about Sugata Mitra, winner of the annual TED Prize, visit ted.com/prize.

Sundance Institute
Founded by Robert Redford in 1981, Sundance Institute is a global, nonprofit cultural organization dedicated to nurturing artistic expression in film and theater, and to supporting intercultural dialogue between artists and audiences. The Institute promotes independent storytelling to unite, inform and inspire, regardless of geo-political, social, religious or cultural differences. Internationally recognized for its annual Sundance Film Festival and its artistic development programs for directors, screenwriters, producers, film composers, editors, playwrights and theatre artists, Sundance Institute has nurtured such projects as Born into Brothels, Trouble the Water, Beasts of the Southern Wild, Amreeka, An Inconvenient Truth, Spring Awakening, Light in the Piazza and Angels in America. Join Sundance Institute on Facebook, Twitter and YouTube.