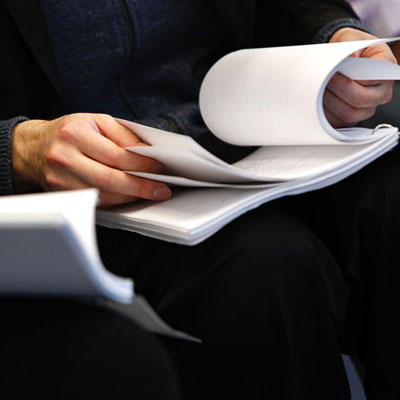 Los Angeles, CA — Sundance Institute today announced a new fellowship program with Indian Paintbrush that will provide grants to filmmakers supported by the Institute’s Feature Film Program. In each of two years, five or more filmmakers who have been selected for the Feature Film Program’s Directors, Screenwriters or Producers Labs will receive a grant to support the development, pre-production, post-production, distribution and/or marketing of their work. The first Indian Paintbrush Fellows were also announced today.

“The filmmakers and projects selected as the first Indian Paintbrush Fellows are distinguished by their independent vision, originality, and authentic voice,” said Michelle Satter, Director of the Sundance Institute Feature Film Program. “The accompanying grants will provide much-needed financial support at a critical moment as these filmmakers bring their stories and vision to life.”

“We are honored and thrilled to be working alongside Sundance Institute in launching this fellowship program,” said Indian Paintbrush. “These grants will not only continue to bring promising independent filmmakers to the attention of both the industry and the public, but also provide the Indian Paintbrush Fellows the creative freedom necessary to develop and deliver their unique visions.”

“In recognition of the significance of producers as creative forces within the independent film industry, we continue to deepen our commitment to these artists and their projects,” said Keri Putnam, Executive Director of Sundance Institute. “The Indian Paintbrush Producer’s Award further allows us to do so by providing practical resources that help them develop and complete their work and bring it to audiences.”

The first Indian Paintbrush Fellows and their projects are:

In this dark comedy, an eccentric teenage girl with Munchausen syndrome pushes her medical theatrics to extremes in order to win the heart of a handsome paramedic.

Born and raised in the East Village of New York City, Liliana Greenfield-Sanders’ first film Ghosts of Grey Gardens premiered at the 2005 Tribeca Film Festival, screened at the Museum of Modern Art and made its television debut on PBS. Her short films have since won the Lifetime Student Filmmaker Prize, Best Short & Audience Awards at 10 major festivals including Woodstock, Austin and Gen Art, and screened at over 50 more. Greenfield-Sanders is a Masters Candidate at NYU’s Tisch Graduate Film program and the Director of the Wassaic Project’s film program, and she attended the Sundance Institute Feature Film Program Labs. Adelaide will mark her feature directorial debut.

A small American coal-mining town, rocked by the devastating effects of a mining accident a year ago, must now deal with the mysterious disappearance of a 14-year-old boy.

Ad Inexplorata is a multi-media fictional story about Captain William D. Stanaforth, a NASA pilot alone on a one-way mission toward the unknown.

Mark Elijah Rosenberg is the Founder and Artistic Director of Rooftop Films, a New York-based non-profit organization whose mission is to engage diverse communities through the medium of film. As a curator and filmmaker, he has programmed for festivals around the world and produced and directed numerous short films, and he was also a participant in the Sundance Institute June Screenwriters Lab. Rosenberg recently co-produced and co-directed Orbit(Film), an omnibus movie about our solar system.

When a driven young  artist invades the home and family of a Hollywood sound designer helping her finish her first film, their professional  connection triggers a sexual and emotional entanglement that lays bare the needs, narcissism, and questionable  morality of everyone involved. Nobody Walks participated in a Sundance Institute Feature Film Program Labs and is currently in post-production with a cast that includes John Krasinski, Olivia Thirlby and Rosemarie Dewitt.

Ry Russo-Young’s second feature film, You Won’t Miss Me, premiered at the Sundance Film Festival and went on  to win a 2009 Gotham Award. Her debut feature, Orphans, received a Jury Prize at the 2007 SXSW Film Festival  and is now available through Netflix and Amazon. Russo-Young’s films have screened at the Tribeca Film Festival,  the Museum of Fine Arts Boston, MoMA and the Brooklyn Academy of Music, among others. She currently resides  in New York.

Lena Dunham’s first feature, Creative Nonfiction, premiered at SXSW 2009; her latest, Tiny Furniture, premiered  in competition at SXSW 2010 and won the Jury Prize for Best Narrative and the Chicken & Egg Award for Best  Emerging Female Director. She has made two webseries, Tight Shots and Delusional Downtown Divas, and a short  film, Dealing, which premiered at the Slamdance Film Festival. Lena also created and stars in the new HBO show “Girls”.

When a dutiful, albeit barren, housewife discovers that her ailing husband has an illegitimate son, she sets out to find the young man and reunite him with her husband before he dies.

Born and raised in Jersey Village, Texas, Robbie Pickering graduated from NYU’s Tisch School of the Arts. He has written and directed several award-winning short films and commercials. Natural Selection marks his feature directorial debut and won the Grand Jury Prize, Best Screenplay, Best Editing and Best Score at SXSW 2011. The film is being distributed by The Cinema Guild.

Sundance Institute Feature Film Program
Since 1981, the Sundance Institute Feature Film Program (FFP) has supported more than 450 independent filmmakers whose distinctive, singular work has engaged audiences worldwide.  The program’s approach to the discovery and development of independent artists has become a model for creative development programs internationally. Program staff fully embrace the unique vision of each filmmaker, encouraging a rigorous creative process with a focus on original and deeply personal storytelling. Each year, up to 30 emerging artists from the U.S. and around the world participate in a year-round continuum of support which can include the Screenwriters and Directors Labs, Creative Producing Fellowship and Lab, Composers Lab, Creative Producing Summit, ongoing creative and strategic advice, significant production and postproduction resources, a Rough-Cut Screening Initiative, a Screenplay Reading Series, and direct financial support through project-specific grants and artist fellowships. In many cases, the Institute has helped the Program’s fellows attach producers and talent, secure financing, and assemble other significant resources to move their projects toward production and presentation. In addition, the FFP is providing strategic resources to completed Lab films in distribution and marketing across all platforms to support and expand their connection to audiences worldwide.