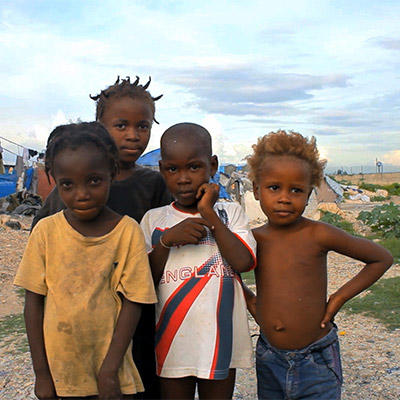 Park City, UT — Sundance Institute, with support from the Bill & Melinda Gates Foundation, today announced a new project that will harness the power of independent film to create a global conversation about extreme hunger and poverty. The Sundance Institute Short Film Challenge will spur the production of documentary and narrative films – through a global open call for three-to-eight-minute submissions – that will celebrate imaginative solutions real people are creating to overcome the challenges of extreme hunger and poverty. The project supports Sundance Institute’s mission to empower independent storytellers and connect their work to communities around the world.

The Institute is working with Tongal.com to manage the online call for entries. Winning films will receive a $10,000 grant and premiere at a private event at the 2015 Sundance Film Festival. Users can submit through July 1, 2014. There is no fee to apply. More information can be found at tongal.com/sundance.

Five new films made with production grants to launch the project premiered earlier today at a private screening co-hosted with the Gates Foundation at the 2014 Sundance Film Festival in Park City, Utah. These five films will become available to audiences online throughout the year via digital media platforms.

Keri Putnam, Executive Director of Sundance Institute, said, “With the support of the Gates Foundation, we are proud to launch this short film challenge and support filmmakers around the world in telling stories that inform and engage audiences in ways that are as innovative and imaginative as the solutions people are putting into action every day. ”

The first five films for the Sundance Institute Short Film Challenge are:

A young girl in rural India tills a small plot of land to feed her family and plant seeds of independence and financial freedom in her male dominated community.

Director Megan Mylan directed and produced the Oscar-winning film Smile Pinki, which broadcast on HBO and the Sundance Channel. Her film, Lost Boys of Sudan, had a 70-city theatrical release and a national television broadcast on PBS’s POV.

Am I Going Too Fast? is a digital tapestry of the intersecting worlds and interactions of craftspeople, shopkeepers, and ordinary folks whose lives have been transformed by new technologies, cell phone banking, and micro-finance; threads that weave together to form a web of connection and possibility in contemporary Nairobi.

Co-Director Christopher Myers is an artist and writer best known for his books for young people, which have garnered Caldecott Honors and been shortlisted for the National Book Award.

Jeff Reichert and Farihah Zaman produced and directed the feature documentary Remote Area Medical, which premiered at the 2013 Full Frame Documentary Film Festival and was supported by the Sundance Institute Documentary Film Program.

Akhil, a young shoeshine boy, dreams of becoming a gourmet chef when he has a chance encounter with India’s most popular TV cuisiner.

Director Ritesh Batra’s The Lunchbox will screen at the 2014 Sundance Film Festival. It won the Grand Rail d’Or at Cannes 2013 and was acquired by Sony Pictures Classics for North America. Batra also won the Best Director prize at the Odessa International Film Festival.

A 9-year-old girl tells a tale about how her family and village came back from near starvation after their fishing village adopted sustainable fishing practices.