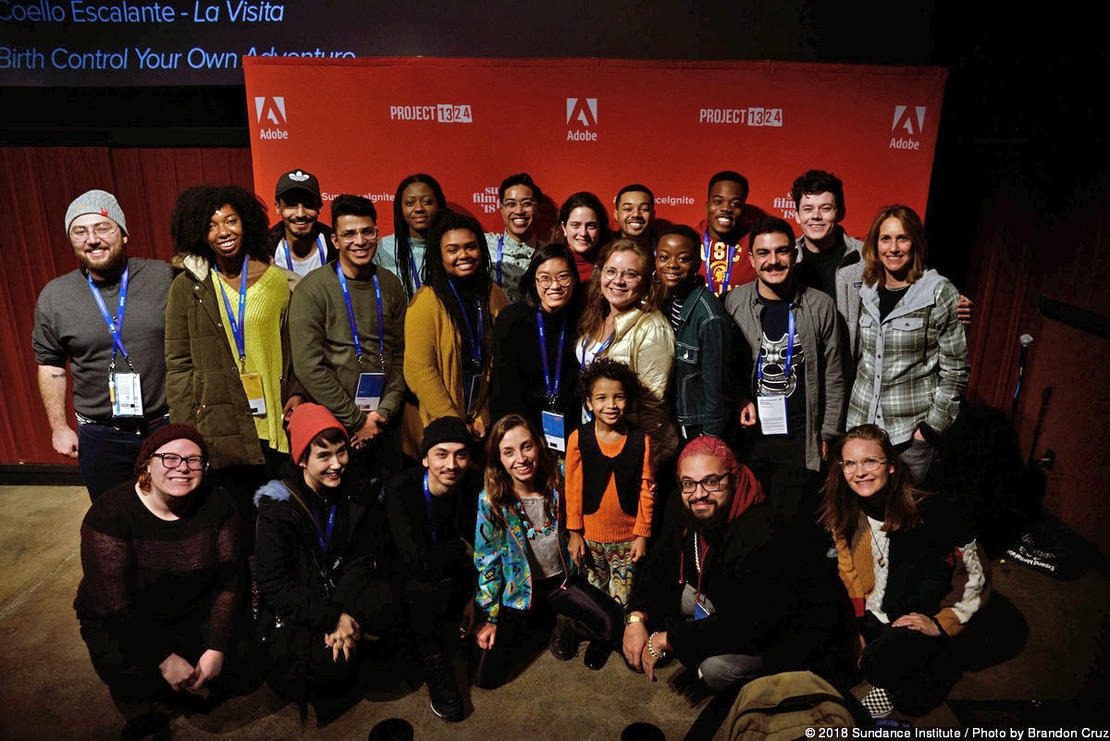 “This year’s Sundance Ignite fellows are an immensely talented group of emerging artists, creating stories that are at the forefront of what’s next in our culture. We are thrilled to help them evolve their filmmaking and amplify their bold voices and fresh perspectives,” said Meredith Lavitt, Director of Sundance Ignite. “We are excited to welcome this new cohort into the broader Sundance creative community, and we look forward to connecting them to a wealth of opportunities for growth during their year with us.”

“This year’s Sundance Ignite challenge was the strongest yet, with record submissions,” said John Travis, Vice President of Brand Marketing at Adobe. “Supporting this generation of talented, up-and-coming filmmakers is part of Adobe’s commitment to young creators, and we can’t wait to see what the 2019 Sundance Ignite Fellows accomplish.”

The 2019 Sundance Ignite Fellows are:

Daniel Antebi began art doing magic at the age of five. Yes, ‘Is this your card?’ kind of magic. He’s racialized as white and categorized as a cisgender-heterosexual male. However, he’s a Queer-Mexican-Jew whose normative appearance is deceiving. In his work, he hopes to reconcile opposing realities. Daniel makes films, dabbles in poetry and sculpture, but if you ask him, he’s still a magician.

Naëmi is studying Film Directing at the German Film and Television Academy of Berlin and working as an assistant director. She holds a Bachelors of Performing Arts from the Northern School of Contemporary Dance in Leeds, United Kingdom.

Luna Carmoon is an SE, London-based filmmaker whose first short film “NOSEBLEED” premiered at the BFI London Film Festival this year also selected to be part of the LFF Network programme this year too. A self-taught writer-director, Luna was one of six filmmakers selected to make a film as part of the “ShortFLIX” initiative searching for underrepresented talent in the UK run by “Creative England” in partnership with “NYT” and “Sky Arts”. Her work is strange and surreal at times.

Maya Cueva is an award-winning multimedia producer, specializing in directing and audio producing for documentary films and radio. Her work has been featured on NPR’s All Things Considered, Latino USA, The Atlantic, National Geographic, Cosmopolitan, and NBC’s Nightly News. Maya was awarded an Emmy from the College Television Awards and her films have screened internationally and across the U.S. She is also a Valentine & Clark Emerging Artist Fellow at the Jacob Burns Film Center.

Kira Dane is a half-Japanese filmmaker, painter, and native New Yorker. She graduated New York University’s Tisch School of the Arts with a degree in filmmaking. After graduating from NYU, Kira worked as an associate producer on Humans of New York: The Series, which was nominated for an Emmy award. She is currently an active member of the Brooklyn Filmmakers Collective. Embracing sincerity over irony, Kira sets out to tell unexpected and nuanced stories.

Aaron Dunleavy is a filmmaker from Blackburn. His debut student short, Throw Me to the Dogs, won 10 awards on the festival circuit, screening at some of the most prestigious BAFTA and Oscar® qualifying festivals around the world. Aaron’s films explore stories of working class youth; with unscripted and improvised performances, street casting and non-professional young actors at the core of his filmmaking approach.

Emily Gularte is a Guatemalan writer and director. She is a film student at Universidad Francisco Marroquín in Guatemala. She has been the director and screenwriter of many short films, educational films, as well as commercials and music videos. She was a head writer on a children’s animated web series and was the director of the show’s voice-actors. Additionally, she has produced several videos for the Oslo Freedom Forum run by the Human Rights Foundation.

A recent NYU Tisch graduate, Yusuf Kapadia is a skilled filmmaker forging a career in documentary. He is currently an Assistant Editor on Stanley Nelson’s Miles Davis: Birth of the Cool (w.t.), and in post-production on his own film, a portrait of a family supporting their child on the autism spectrum. An avid cyclist, Yusuf spent his college years racing with the NYU cycling team. He enjoys riding mountain or road whenever he can.

Kerry LeVielle is a Hudson Valley based filmmaker. Her work explores the experience of women and the nuanced intimacy of their impassioned journeys to “come of age.” Kerry graduated from SUNY Purchase College in 2017. After graduating, she was a recipient of the Fall 2017 Valentine and Clark Emerging Artist Fellowship in the Creative Culture Fellowship Program at the Jacob Burns Film Center where she directed two short films, Niskyland and Playhouse.

Rachael Moton
Rachael Moton is a Philadelphia based writer and director. She attended Temple University where she graduated with a degree in Film and Media Arts. She is passionate about telling stories that center on women and people of color and wants to create work that promotes empathy. She currently works at a non-profit, The Creative Mind Group, as an administrative manager and program director.

Lance Oppenheim
Lance is a filmmaker whose work has been screened at over 65 film festivals, including the Tribeca Film Festival, and featured by The New York Times (as three Op-Docs), the Smithsonian, The Atlantic, Vimeo (as five Staff Picks), Short of the Week, and PBS national broadcast. He received two nominations at the 2017 Cannes Young Director’s Award and is the youngest contributor to the New York Times Op-Docs. Lance attends Harvard University and is currently in post-production on his first feature-length documentary.

Frida Perez
Frida Pérez is a Dominican-American filmmaker based in Los Angeles. She’s a recent graduate of Brown University with an Honors Degree in Modern Culture and Media (Production Track) and Political Science. Frida currently works as an assistant at Point Grey Pictures. She previously worked at UTA and has held internships at Comedy Central, Women Make Movies, William Morris Endeavor, Pretty Matches Productions, in addition to working as an AC, AD, and PA on several independent shorts.

Eli Salameh
Eli Salameh is a film director born in Lebanon. He graduated with Honors from the Lebanese University Faculty of Fine Arts and Architecture II in 2018 with a Master’s degree in Film Directing. He is now a Masters student in cinematography. His short academic films are “FLY MY LOVE,” “ARYAN” and “THE BOY WHO WORE THE SUN.” “EXIT BEIRUT” is his recent short film submitted to the Sundance Ignite Film Challenge.

Cai Thomas
Cai Thomas is a Liberty City native whose curiosity was born and nurtured in the “Moonlight” neighborhood. She’s a Chicago based filmmaker interested in stories at the intersection of identity, self-determination and location. She is a NextDoc 2018 Fellow and was a Berlin Capital Fulbright awardee in 2017. She spent two seasons as a production associate on CBS Sunday Morning. A graduate of Boston College, she was a Jackie Robinson Foundation Scholar.

Aziz Zoromba
Aziz Zoromba is a Canadian filmmaker of Egyptian descent. He is currently finishing his BFA at the Mel Hoppenheim Film School. His first short film, Leila (2017), which he wrote and directed, was selected and presented at the Toronto International Film Festival as part of Canada’s Top 10. His most recent short film, Amal (2018), premiered at the Festival du nouveau cinéma in October.

We believe everyone is creative and has a story to tell, and we are committed to providing opportunities for any young person to create, regardless of circumstance. Adobe Project 1324 is a platform for young creators to explore creative possibilities in filmmaking, drawing, photography, and graphic design. Young creators can discover artwork from people like themselves around the world; try an exercise to learn new skills and techniques; get feedback on their work from our vetted mentors; or enter a challenge to push boundaries and access opportunities, like scholarships, fellowships, mentorships and more. Learn more at project1324.com.