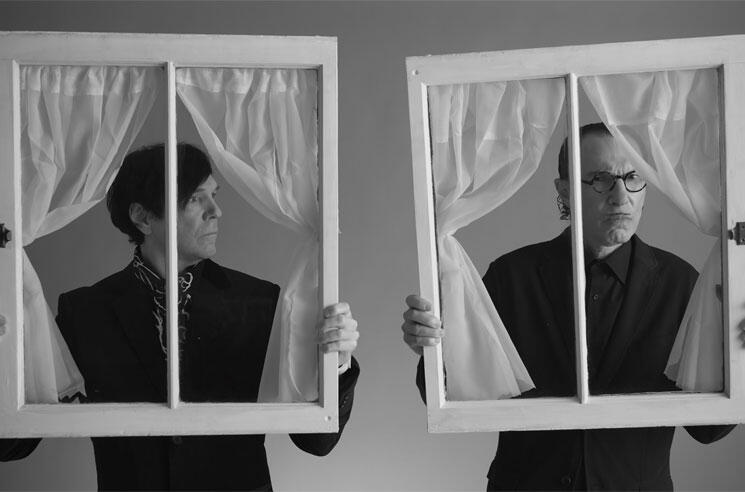 LONDON—The Sundance Institute and Picturehouse Cinemas are delighted to announce that Sundance Film Festival: London will return to Picturehouse Central for its sixth year from 29 July to 1 August 2021, as an in-person event. The Festival will once more welcome filmmakers to present their work to cinema audiences, with this year’s programme promising to include upwards of 12 features, panel discussions, Q+As and special guest appearances. The Festival opens with the UK premiere of Edgar Wright’s debut documentary The Sparks Brothers, a musical odyssey through five weird and wonderful decades with brothers Ron and Russell Mael. In partnership with Universal, consecutive screenings of the film will take place in multiple cinemas across the UK with a filmmaker Q+A simultaneously broadcast from Picturehouse Central on 29 July 2021.

Says Sundance Film Festival Director Tabitha Jackson: “We’re thrilled to return to London and expand across the UK with an exciting program of films that tell fresh, independent stories — stories which are essential as we endeavour to understand our past while we reimagine our present and future.”

Clare Binns, Joint Managing Director Picturehouse Cinemas added: “It’s great to be back working with all of our friends at the Sundance Film Festival. We’re so excited to bring back inspiring independent films to the big screen – during this year’s Sundance London we will come together to watch, discuss, and immerse ourselves in an art form which has since been lost to us for over a year.”

Edgar Wright says “I was just 5 years old when I was hypnotised by Ron & Russell Mael (collectively Sparks) staring at me from the telly on a 1979 episode of Top Of The Pops. Over the next four decades, their music has been a riddle turned full on obsession. The final destination of my fascination has been to make what I believe is the only thing stopping them from being as big as they deserve to be; a document of their incredible journey in music and everyone they’ve inspired along the way. It’s very exciting for me to finally bring The Sparks Brothers to Sundance London since, as the UK were the first country to embrace Sparks genius. I look forward to everyone falling in love all over again or being as amazed as I was when I first saw and heard them.”

More on the film: There aren’t many bands who arrive at their 50th anniversary on a creative roll, still luring in new generations of fans, making Top 10 albums, and doing so by releasing music every bit as challenging and inventive as their earliest recordings. In fact, there is precisely one: Sparks.

Ron and Russell Mael are rock’s original Odd Couple, as inscrutable as they are fascinating. Never content to rest on their laurels or follow musical trends, they have achieved commercial success only intermittently, and almost despite themselves. Edgar Wright’s music documentary The Sparks Brothers captures the art-pop pioneers at an improbable late career high, as well as recounting the story of how they got there, asking why they aren’t as celebrated as they deserve to be, and finding out how they became your favourite band’s favourite band.

The documentary was produced by Edgar Wright and Nira Park, though their company Complete Fiction Pictures, along with producers George Hencken, and Complete Fiction’s Laura Richardson. The film was financed by MRC Non-Fiction. Universal will release the film in the UK on 30 July 2021.

The 2021 Sundance Film Festival took place from 28 January to 3 February both online and in-person in 20 cities across America. The seven-day Festival reached a total audience 2.7 times larger than at the typical 11-day Utah edition. Audiences participated from all 50 states and 120 countries.

Due to the COVID pandemic, Sundance Film Festival: London was not able to take place in 2020. Picturehouse Cinemas collaborated with the Sundance Institute to host the digital Celebration of Sundance Film Festival: London which took place online for UK audiences from 7–9 August. Three feature films from Sundance Film Festival in Park City, Utah, were presented – Allan Ball’s Uncle Frank; Luxor, directed by Zeina Durra; and Boys State, directed by Jesse Moss and Amanda McBaine and winner of the U.S. Grand Jury Prize: Documentary at the 2020 Festival. Alongside which a programme of 8 short films were presented which highlighted some of filmmaking’s most original voices.

The full 2021 Sundance Film Festival: London programme of films and in-person events will be announced in due course. VIP and Festival Passes, and tickets for the 2021 London event will be available to purchase in early June via picturehouses.com/sundance. Government COVID restrictions lift on 21 June and Picturehouse venues will follow all relevant guidelines in place at the time. The health and safety of our patrons, guests and staff being paramount.

Sundance Film Festival: London is presented in partnership with Adobe.

More information will be available at sundance.org/london and picturehouses.com/sundance. Join the conversation on social media with #SundanceLondon.

Sundance Institute
As a champion and curator of independent stories for the stage and screen, the nonprofit Sundance Institute provides and preserves the space for artists in film, theatre, film composing, and digital media to create and thrive. Founded in 1981 by Robert Redford, the Institute’s signature Labs, granting, and mentorship programs which are dedicated to developing new work and take place throughout the year in the U.S. and internationally, are supported largely through contributed revenue. Sundance Co//ab, a digital community platform, brings artists together to learn from each other and Sundance Advisors and connect in a creative space, developing and sharing works in progress. The Sundance Film Festival and other public programs connect audiences and artists to ignite new ideas, discover original voices, and build a community dedicated to independent storytelling. Sundance Institute has supported such projects as Clemency, Never Rarely Sometimes Always, Zola, On The Record, Boys State, The Farewell, Honeyland, One Child Nation, The Souvenir, The Infiltrators, Sorry to Bother You, Won’t You Be My Neighbor?, Hereditary, Call Me By Your Name, Get Out, The Big Sick, Mudbound, Fruitvale Station, City So Real, Top of the Lake, Between the World & Me, Wild Goose Dreams and Fun Home. Join Sundance Institute on Facebook, Instagram, Twitter and YouTube.

Picturehouse Cinemas
Picturehouse is an award-winning UK film company incorporating cinema, distribution and home entertainment, formed in 1989 to challenge the multiplex model. Its flagship cinema Picturehouse Central is situated in the heart of London’s West End, with the rest of its 25 venues located across England and Scotland.

Picturehouse’s architecturally-unique cinemas sit in the heart of local neighbourhoods and cater to a diverse and wide-ranging audience. They provide bespoke food and drink offerings across their cafés, bars, restaurants, and members bars. The programme is curated to champion films made for all ages, backgrounds and walks of life, from quality mainstream film through to foreign-language and documentary features, as well as live event cinema. 35mm and 70mm presentations are also offered in some locations. Finsbury Park Picturehouse, with 7 screens, a café, and a member’s bar, is due to open in London this summer.