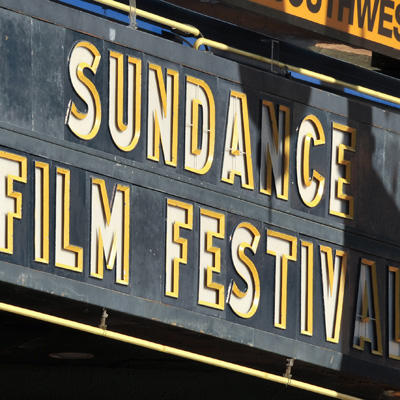 Park City, UT — Sundance Film Festival locals-only options are back again! Each year, approximately 7,500 Utahns participate in the Sundance Film Festival with exclusive access and priority availability only offered to Utah residents. Festivalgoers must first register at www.sundance.org/tickets to receive a randomly assigned timeslot to purchase Festival passes and ticket packages; online registration is available now and will end October 12, 2011 at 5 p.m. MT. Descriptions of locals-only pass and ticket package options can be found at http://www.sundance.org/festival/tickets/locals/. The 2012 Sundance Film Festival will be January 19-29, 2012.

Festival organizers also invite the public to gear up for the Festival by attending free screenings of a 2011 Sundance Film Festival Official Selection film on Tuesday, October 4 at the Salt Lake City Public Library, and Thursday, October 6 at the Park City Library. Preceding the screenings, Festival staff will offer informative presentations on how to navigate the Festival ticket purchasing process and insider tips on enhancing the Festival experience. Presentations begin at 6:00 p.m.; screenings begin at 6:30 p.m. More information about free screenings can be found at www.sundance.org/utah.

Volunteer at the Sundance Film Festival
Every year, Sundance Institute selects more than 1,600 volunteers to help create a global platform for independent film. Volunteers are needed to assist in all areas of the Sundance Film Festival—from theatre entrances to shuttle stops. Local, insider knowledge is always helpful, and of course, there are exciting benefits such as being among the first audiences to see world premieres of the best new independent films. Applications are now being accepted at http://www.sundance.org/volunteer.

The Sundance Film Festival
Supported by the non-profit Sundance Institute, the Festival has introduced global audiences to some of the most ground-breaking films of the past two decades, including sex, lies, and videotape, Maria Full of Grace, The Cove, Hedwig and the Angry Inch, An Inconvenient Truth, Precious, Trouble the Water, and Napoleon Dynamite, and through its New Frontier initiative, has brought the cinematic works of media artists including Isaac Julian, Doug Aitken, Pierre Huyghe, Jennifer Steinkamp, and Matthew Barney. The 2012 Sundance Film Festival sponsors to date include: Presenting Sponsors – Entertainment Weekly, HP, Acura, Sundance Channel and Chase SapphireSM; Leadership Sponsors – Bing™, Southwest Airlines and Yahoo!; Sustaining Sponsors – FilterForGood ®, a partnership between Brita® and Nalgene®, L’Oréal Paris, Stella Artois®, Timberland and Time Warner Inc. Sundance Institute recognizes critical support from the Utah Governor’s Office of Economic Development, and the State of Utah as Festival Host State. The support of these organizations will defray costs associated with the 10-day Festival and the nonprofit Sundance Institute’s year-round programs for independent film and theatre artists. In return, sponsorship of the preeminent Festival provides these organizations with global exposure, a platform for brand impressions and unique access to Festival attendees. www.sundance.org/festival