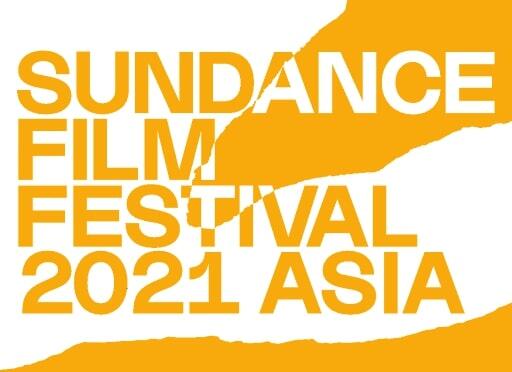 Clockwise from top left: “Try Harder!,” “John and the Hole,” “Passing,” and “Luzzu” are just four of the features that will screen at the 2021 Sundance Film Festival: Asia.

JAKARTA — The Sundance Institute and XRM Media, with support from IDN Media, announced today the program of feature films and panel discussions for the 2021 Sundance Film Festival: Asia, taking place online 23–26 September 2021. The films will be available for viewing online in Indonesia, and digital screening passes for online screenings will be available beginning on Wednesday, 15 September; buy yours at sundancefilmfestivalasia.org.

The festival will present eight feature films from the 2021 Sundance Film Festival, selected for Indonesia by the Festival’s programming team in collaboration with XRM Media and IDN Media. Alongside the inspiring film program, panel discussions on TikTok (@SundanceFFAsia) and Sundance Collab will drive audience conversations on various topics, with distinguished speakers from the local Indonesian filmmaking community and international filmmakers. During the weekend, an announcement of the Best Short Film Jury Award for the Short Film Competition will be presented. Plus, as a build-up to the Festival, a private workshop intensive designed to invigorate Southeast Asian regional talents will also take place.

“We’re delighted to be launching our first edition of Sundance Film Festival: Asia with an exciting group of fiction and documentary films that will be available throughout Indonesia,” said Kim Yutani, Director of Programming, Sundance Film Festival. “It’s a privilege to be able to bring the independent spirit of Sundance to a dynamic film community in Indonesia, and we look forward to connecting with local audiences and supporting Indonesian artists through our workshops and panel discussions.”

The four narrative and four documentary films selected for the inaugural Festival are:

Amy Tan: Unintended Memoir / U.S.A. (Director: James Redford, Producers: Karen Pritzker, Cassandra Jabola) — Amy Tan has established herself as one of America’s most respected literary voices. Born to Chinese immigrant parents, it would be decades before the author of The Joy Luck Club would fully understand the inherited trauma rooted in the legacies of women who survived the Chinese tradition of concubinage. Documentary

Try Harder! / U.S.A. (Director: Debbie Lum, Producers: Debbie Lum, Lou Nakasako, Nico Opper) — In a universe where cool kids are nerds, the orchestra is world class and being Asian American is the norm, seniors at Lowell High School compete for the top prize: admission to the college of their dreams. Documentary

Luzzu / Malta (Director and Screenwriter: Alex Camilleri, Producers: Rebecca Anastasi, Ramin Bahrani, Alex Camilleri, Oliver Mallia) — Jesmark, a struggling fisherman on the island of Malta, is forced to turn his back on generations of tradition and risk everything by entering the world of black market fishing to provide for his girlfriend and newborn baby. Cast: Jesmark Scicluna, Michela Farrugia, David Scicluna. Narrative

Users / U.S.A., Mexico (Director: Natalia Almada, Producers: Elizabeth Lodge Stepp, Josh Penn) — A mother wonders, will my children love their perfect machines more than they love me, their imperfect mother? She switches on a smart-crib lulling her crying baby to sleep. This perfect mother is everywhere. She watches over us, takes care of us. We listen to her. We trust her. Documentary

Writing with Fire / India (Directors and Producers: Rintu Thomas, Sushmit Ghosh) — In a cluttered news landscape dominated by men, emerges India’s only newspaper run by Dalit women. Armed with smartphones, Chief Reporter Meera and her journalists break traditions on the frontlines of India’s biggest issues and within the confines of their own homes, redefining what it means to be powerful. Documentary

Additional topics to be confirmed.

This session will take the audience through the Indonesian film industry through women’s eyes. How do they deal with the workplace in a male-dominated environment? They share inside information regarding their career journeys, from their days as newcomers to establishing themselves as well-known professionals. Filmmaker Nia Dinata (Berbagi Suami), screenwriter Gina S. Noer (Habibie & Ainun), and producer Susanti Dewi (Moammar Emka’s Jakarta Undercover) will join the conversation. This session will also invite industry experts outside of Indonesia, Sue Turley (SVP of XRM Media) and Amanda Salazar (head of programming and acquisitions of Argo) to elaborate further on how this matter transcends beyond any specific spectrum in the industry.

IDN Media presents “The Directors: Festivals and the Pathway to Success” (15 p.m. WIB on Friday, September 24, live-streamed on TikTok at @SundanceFFAsia)

In their early career, many filmmakers got their recognition by showing their film in festivals. Some also meet their future working partners during their time in international festivals. Those are the results. What about the process? This session, filmmakers Joko Anwar (Impetigore), Edwin (the recent Golden Leopard award-winning Vengeance is Mine, All Others Pay Cash) and Yosep Anggi Noen (The Science of Fictions) will tell their experiences when they discover festivals as a pathway to show their films into the world. Moderated by Fajar Nugros (Head of IDN Pictures), the speakers will share their views on how the Film Festivals, Fellowship programs, and International Workshops can help their career in the future.

Sundance Senior Programmer Heidi Zwicker is joined by filmmakers Rintu Thomas and Sushmit Ghosh (Writing With Fire), Natalia Almada (Users) and Debbie Lum (Try Harder) for a chat about documentary filmmaking. The filmmakers will discuss their experiences making their films, what it meant to launch them into the online festival world and their advice for aspiring non-fiction filmmakers. Immediately following the filmmaker discussion, Heidi along with Sundance Film Festival Director of Programming Kim Yutani will participate in a live Q&A session to answer your questions about all things Sundance and programming the films in this year’s lineup.

Some of the most successful contemporary Indonesian shorts directors and producers come together to talk about working in short film, swap stories about their experiences taking their work to the international stage and explain how they are capitalizing on short film successes as they create future cinematic work. Featuring Sundance Film Festival alumni Wregas Bhanuteja (No One Is Crazy in This Town) and Aditya Ahmad (A Gift), as well as producer Meiske Taurisia (Vengeance Is Mine, All Others Pay Cash). This conversation will be moderated by Ernesto Foronda, former Sundance Film Festival shorts programmer and current head of features at Perfect Storm Entertainment (Fast and Furious franchise, Star Trek Beyond).

The Jury Award for Best Short Film for the Short Film Competition will be revealed via a live stream TikTok event (@SundanceFFAsia) on Saturday 25 September, along with announcing the Honorary Mentions. The competition was open to Indonesian filmmakers with the aim of discovering and bringing attention to emerging talents who are within the territory to a global platform. The Jury Awardee and Honorary Mentions will have the opportunity to stream on Argo post-festival. Over 160 submissions were received, and the 10 finalists chosen are: Black Winter (Noviandra Santosa), Diary of Cattle (Lidia Afrilita & David Darmadi), Goodnight, Stargazer (Adriano Rudiman), Jamal (Muhammad Heri Fadli), Makassar is a City for Football Fans (Khozy Rizal), Masa Depan Cerah 2040 (Winner Wijaya), Rendang of Death (Percolate Galactic), Rong (Indira Iman), Srikandi (Andrea Nirmala Widjajanto), and Sunrise in the Forest (Samuel Ruby).

As an outreach to the regional community, The Sundance Institute’s Feature Film Program will be hosting a private two-day online intensive for regional emerging filmmakers. Designed to be a showcase and accelerator for new Southeast Asian talent, the intensive will provide access to industry experts and the Institute’s artist program staff. Filmmakers who have applied and selected for the program include: Lucky Kuswandi (Indonesia), Sabrina Rochelle Kalangie (Indonesia), Khozy Rizal (Indonesia), Sonny Calvento (Philippines), Kris Ong (Singapore), and Lomorpich Rithy (Cambodia).

More information will be available at SundanceFilmFestivalAsia.org.

Join the conversation on social media with #SundanceAsia.

The Sundance Film Festival and other public programs connect audiences and artists to ignite new ideas, discover original voices, and build a community dedicated to independent storytelling. Sundance Institute has supported such projects as Clemency, Never Rarely Sometimes Always, Zola, Time, MInari, Boys State, The Farewell, Honeyland, One Child Nation, The Souvenir, The Infiltrators, Sorry to Bother You, Won’t You Be My Neighbor?, Hereditary, Call Me By Your Name, Get Out, The Big Sick, Mudbound, Fruitvale Station, City So Real, Top of the Lake, Between the World & Me, Wild Goose Dreams and Fun Home. Join Sundance Institute on Facebook, Instagram, Twitter and YouTube.

Sundance Film Festival: Asia is presented by XRM Media, partnering with IDN Media, and event partners Argo, TikTok, and critical support from the State of Utah.

XRM Media is an award-winning entertainment and media technology company dedicated to supporting, producing, and financing diversity-driven, multicultural content across all mediums with its global partners. Through unconventional thinking, utilizing our diverse portfolio of investments, and taking risks on projects we believe in–XRM defies conventional expectations in both the traditional and new media space to connect a global audience with resonant and powerful stories.

IDN Media is the leading media platform company for Millennials and Gen Z in Indonesia, with over 70 million Monthly Active Users. Our vision is to democratize information and bring positive impacts to society.

Argo is the streaming platform on a mission to change the way you watch, share and discover film. Argo is building a community; connecting filmmakers to audiences, and featuring all genres of short film curated into themed playlists by film festivals, filmmakers, and influencers from around the world.

Argo makes sure that filmmakers get paid! The platform works on a revenue-share basis with a goal to ensure filmmakers have the opportunity to truly showcase their work, while entertaining and inspiring the new wave of independent film. Discover your favorite short film on watchargo.com, or on the Argo app, available to download from iTunes App Store or Google Playstore. Follow us for updates on our new films on Instagram, Facebook, Twitter and Youtube.