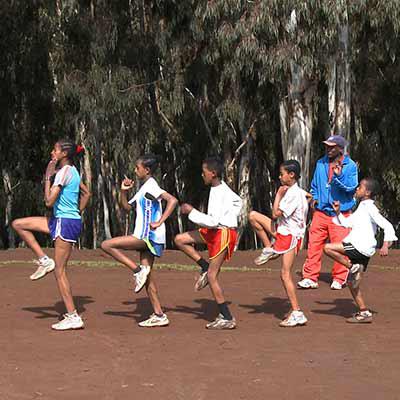 Los Angeles, CA — Sundance Institute and the President’s Committee on the Arts and the Humanities announced today that FILM FORWARD: Advancing Cultural Dialogue will host free screenings of eight films with moderated discussions for the first time ever in Washington State. Filmmakers traveling with the program are Julia Meltzer (The Light In Her Eyes) and Jerry Rothwell (Town Of Runners). For a full schedule of events in Washington, visit sundance.org/filmforward and to view content from past trips visit sundance.org/video/playlists/film-forward/.

FILM FORWARD, a partnership of Sundance Institute and four U.S. federal cultural agencies, is a touring program that offers film screenings, workshops and discussions designed to foster dialogue and cross-cultural understanding. It uses the power of cinema to promote broader cultural understanding, inspire curiosity and enhance awareness of shared stories and values across generations, language, education and borders. The federal partners include the President’s Committee on the Arts and the Humanities, National Endowment for the Arts, National Endowment for the Humanities and The Institute of Museum and Library Services.

“Film inspires imagination, encourages civic engagement and underscores the rich diversity of human experience,” said Keri Putnam, Executive Director of Sundance Institute. “We are honored to present FILM FORWARD to a diverse group of audiences including skateboarders  in Tacoma, the Seattle Ethiopian community and Muslim studies students at the University of Puget Sound among many other unique groups in Washington.”

“My job as a filmmaker is to tell truthful stories about the world. I am hoping The Light In her Eyes will help audiences gain a greater understanding of women’s roles and rights within conservative Islam, especially now while the Middle East is undergoing great change.” said filmmaker Julia Meltzer. “I am excited to meet audiences in Washington through the FILM FORWARD program and participate in a dialogue about universal themes that unite and affect us all.”

“Town of Runners is a film about opportunity, which is a theme that connects audiences from Ethiopia to Washington State,” said filmmaker Jerry Rothwell. “From growing up in Kenya, to living in the United Kingdom, to filming around the world, I have come to realize how film can be a powerful medium to discuss global issues. I look forward to using Town of Runners as a catalyst for conversation.”