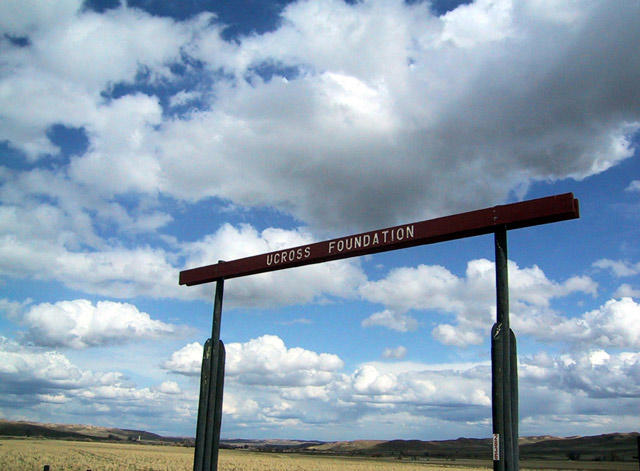 New York, NY — Sundance Institute today announced the seven artists selected for its 2015 Playwrights & Composers Retreat at Ucross Foundation. The 16th annual writing colony at the 20,000-acre working cattle ranch outside of Sheridan, WY takes place February 2-20. Under the supervision of Artistic Director Philip Himberg and Producing Director Christopher Hibma, the Playwrights Retreat is made possible through the generosity of Ucross Foundation. The program is one of the 24 residency labs across many creative disciplines focusing on artistic process that Sundance Institute offers annually.

Himberg said, “Our Playwrights & Composers Retreat at Ucross Foundation provides a rare opportunity for theatre artists to put pen to paper, with access to a Sundance Institute dramaturg who can respond to work at an early stage. These impressive and inspiring artists will both contribute to and benefit from the environment of peer mentorship, professional growth, and unfettered, unpressured creativity.”

Notable artists supported in previous years at this Playwrights Retreat include Steven Lutvak and Robert L. Freedman, Tanya Saracho, Lemon Anderson and Branden Jacobs-Jenkins, among many others.

The artists selected for the 2015 Playwrights & Composers Retreat at Ucross Foundation are:

Ayad Akhtar (Playwright)
Ayad was born in New York City and raised in Milwaukee, Wisconsin. He is the author of American Dervish, translated into 20 languages worldwide. He is also a playwright and screenwriter. His play Disgraced premiered in New York at LCT3/Lincoln Center Theater in 2012, won the 2013 Pulitzer Prize for Drama, and is currently on Broadway. His latest plays, The Who & The What (LCT3) and The Invisible Hand (New York Theater Workshop) make their New York premieres this year. As a screenwriter, he has been nominated for an Independent Spirit Award. He has received commissions from Lincoln Center Theater and fellowships from Yaddo and MacDowell.

Mallery Avidon (Playwright)
Mallery’s play O Guru Guru Guru, or why I don’t want to go to yoga class with you was part of Actors Theater of Louisville’s 35th Humana Festival of New American Plays, and Mary-Kate Olsen is in Love premiered at The Flea Theater and will be produced by Studio Theatre in 2015. Her play queerSpawn had its premiere with a Collection of Shiny Objects at HERE Arts Center. Her work has also been produced by Pavement Group and Target Margin Theater, among others. Avidon is an alumna of Soho Rep’s Writer/Director Lab, co-curator of The Bushwick Starr’s reading series and a dramaturg for the company Saint Genet. She is currently working on TL;DR, an opera with composer Jeff Aaron Bryant. Her plays are published by Dramatists Play Service and she holds an MFA in playwriting from Brown University.

Fernanda Coppel (Playwright)
Fernanda is a Brooklyn-based playwright and screenwriter. Her play Chimichangas and Zoloft premiered at Atlantic Theater Company in 2012 and was published by Samuel French. Her other plays include: Pussy, The Leak, Sinaloa Cowboy, No Homo, and King Liz. Her work has been developed at Atlantic Theater Company, New York Theatre Workshop, Pregones Theater, INTAR Theatre, The Juilliard School, The Lark Development Center, the Flea, the Old Vic (London), Naked Angels, and Rattlestick Playwrights Theater. Fernanda is a member of the MCC Playwrights’ Coalition and was a member of the Old Vic’s US/UK TS Eliot Exchange Program. Her work has won the Asuncion Queer Latino Festival at Pregones Theater, the 2012 HOLA Award for Outstanding Achievement in Playwriting, and the 2012 Helen Merrill Award. She was a three-year Lila Acheson Wallace Playwriting Fellow at The Juilliard School and received her MFA in Dramatic Writing from New York University. Fernanda’s television credits include The Bridge on FX and Kingdom on DIRECTV.

Julianne Wicke Davis (Composer)
Julianne wrote both the book and music for Music for Southern Comfort with Dan Collins, which received the 2012 Jonathan Larson Award and was produced at Barrington Stage Company in 2013, NAMT 2012 and CAP21 in 2011 (New York Times and Time Out New York Critic’s Pick, Advocate’s 2011 Top 10 NY Theatre Experiences, GLAAD Media Award). She also wrote the music and lyrics for When We Met, Collins (book), which was developed at CAP21 2014, York NEO Development Series Fall 2013 and the O’Neill Musical Theatre Conference 2012. Julianne also wrote Trevor, Collins (music, book & lyrics) which is in development for URock Productions. She is a York Theatre’s NEO 9 Artist and Dramatist Guild Fellow. MFA, NYU’s Tisch School of the Arts Graduate Musical Theatre Writing Program.

Pia Wilson (Playwright)
Pia is the recipient of the 2014 Sarah Verdone Writing Award. She is a 2012-2013 resident with the Lower Manhattan Cultural Council’s Workspace program, a member of the 2008 Emerging Writers Group at The Public Theater, and a 2009 playwriting fellow with the New Jersey State Council on the Arts. Her drama Turning the Glass Around was produced by Workspace Collective in October 2014. Her play, Generation T, was produced at Adelphi University in March 2014. The Flower Thief was an August 2012 co-production between Horse Trade Theater Group and The Fire This Time play festival.

Sundance Institute Theatre Program
The Theatre Program has been a core component of Sundance Institute since Robert Redford founded the Institute in 1981. The Theatre Program identifies and assists emerging theatre artists, contributes to the creative growth of established artists, and encourages and supports the development of new work for the stage. Under the guidance of Artistic Director Philip Himberg and Producing Director Christopher Hibma, the Theatre Program is one of the leading play development programs in the United States. Titles such as Appropriate, Fun Home, A Gentleman’s Guide to Love and Murder, Circle Mirror Transformation, An Iliad, The Lily’s Revenge, The Good Negro, The Light in the Piazza, Passing Strange, Stuck Elevator, Spring Awakening, The Laramie Project and I Am My Own Wife have gone from Theatre Program Labs to production from coast to coast and internationally, garnering multiple Pulitzers, Tonys, OBIEs and other recognition. The Theatre Program’s International Initiative currently offers Labs, cross-cultural exchange, mentorship and exposure to artists primarily in the Middle East & North Africa and continuing support for artists in six East African countries. The Theatre Program’s newest initiatives are the Theatre Directors Retreat in France and the Playwrights Studio at Flying Point. sundance.org/theatre