Sundance Institute: Over Half a Million Dollars to Documentary Projects 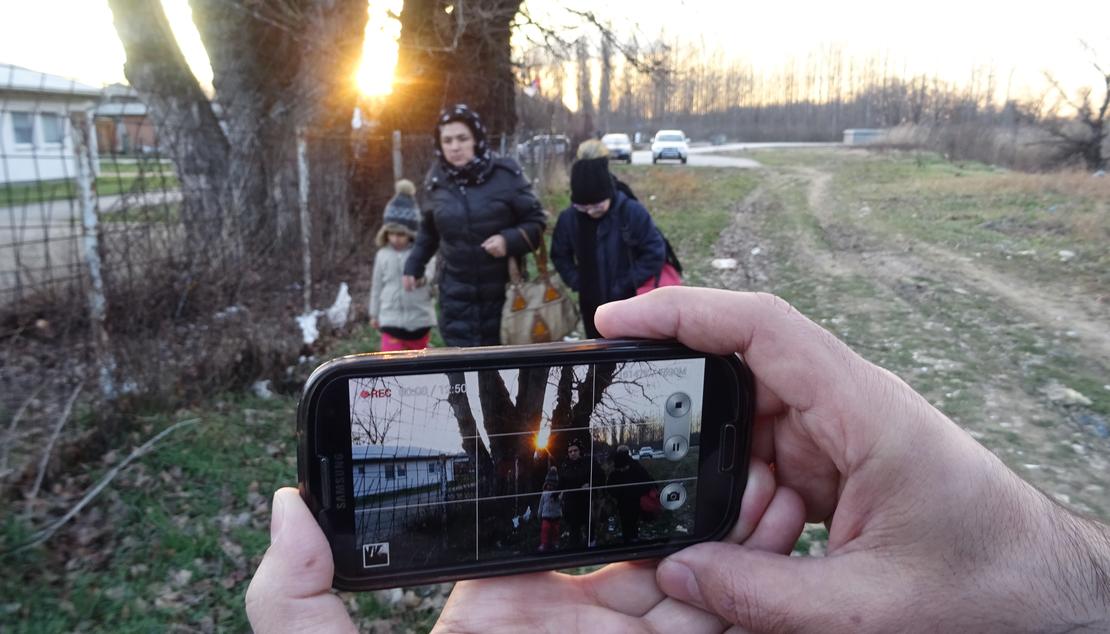 Los Angeles, CA — More than $585,000 in targeted grants will support a global crop of independent nonfiction storytellers,
Sundance Institute announced today. 58% of the supported projects are helmed by women, and 48% are from outside the U.S.;
34% of grantees are first-time feature filmmakers. This cohort is one of two that will be announced this year; projects
are selected as part of an ongoing rolling call.

“These artists are hard at work on projects that capture the world as it is, as well as imagining it as it could be,”
said
Hajnal Molnar-Szakacs, the recently-appointed Director of the Sundance Institute’s Documentary Film Fund. “The
stories here deeply reflect my team’s collaborative vision for this fund and we are thrilled to highlight voices with richly
diverse sensibilities and perspectives. In our current cultural and political moment, independent storytelling is vital:
to help make meaning and present a layered, complex interpretation of truth.”

Sundance Institute has a long history and firm commitment to championing the most distinctive nonfiction films from around
the world. Recently-supported films include
Hale County This Morning This Evening;
I Am Not Your Negro; Last Men in Aleppo; An Insignificant Man;
Casting JonBenet; Strong Island; Hooligan Sparrow;
Newtown and
Weiner. More information is available at
sundance.org/documentary.

The 2018 Documentary Fund grantees are:

Body Parts (working title) is a documentary feature exploring the nude female body in Hollywood media—hyper-sexualized,
under attack, exploited on- and off- screen. From a wide range of perspectives, the film examines how actresses protect
their bodies, how studios push back, and how unions have fought for better standards. The film also looks at how the female
and queer gaze are redefining desire and sexuality. From the first body doubles in the 1920s to the digital enhancements
of the internet age, the film asks: when scenes are about sex, to whom are they sexy? By what standards? How do race, age
and body type factor in?

The Hunt is an immersive, cinematic documentary that will explore the mysterious and magical world of Italian truffle
hunters and their quest for the world’s rarest and most valuable ingredient. The film will follow an ensemble of spirited
old truffle hunters and their prized dogs who lead them through secret Piedmont forests during the yearly “gold rush” when
the elusive white Alba truffle is in season. The narrative will capture their struggle to hold onto a centuries-old tradition
in the face of globalization, climate change, and their own mortality in a place where mystery and magic still flourish.

Ibadeta and Djeneta Demiri have been in a coma for several years, victims of the “syndrome of resignation”.
Traumatized, their bodies mysteriously stopped working. In central Sweden, the whole family is still trying to rebuild
a normal life, far from their native Kosovo. But so far, their asylum applications have been refused one after the other.
Furkan, 10, is the youngest in the family. He tries to escape this situation by building his own rocket to fulfill his
dream: to go live on Mars to save his sisters.

Romulo is a private investigator who has been hired to do a study of a retirement home where residents are thought to
be victims of abuse. To this end, he trains an 83-year-old man, to live as The Mole Agent inside the home. Once the mole
has infiltrated the facility, he struggles to assume his role as he gradually becomes more familiar with the residents
and the routine at the home in pursuit of the truth.

A wildly entertaining and surprising look at the intersection of faith and activism, that follows one of the most controversial
religious movements in modern American history.

The third of a trilogy, the film explores the lives of five friends over forty years, from being young to becoming old–a
film about time, friendship, and the mysteries of aging.

A seventh project, supported in pre-production, will be announced at a future date.


Enemies of the State
(United States)

An average American family becomes entangled in a bizarre web of espionage and corporate secrets when their hacker son
is targeted by the U.S. government, making them all
Enemies of the State.

In Mississippi, women have fewer rights or protections than in any other part of the country.
Mississippi Red looks at the status of women in the deep South through the lens of race, religion and the political
establishment with a constellation of close-to-the-bone stories that revolve around the fight to pass an equal pay law
through a resistant male dominated state legislature.

Untitled Safe Schools Project explores the landscape of 21st century school safety in the United States, illuminating
the complex ways in which we as a nation struggle to understand and prevent violence, and endeavor to create safer schools.

Scheme Birds is the story of Gemma, a teenage troublemaker, growing up in a world of violence and pigeons. From childhood
to motherhood, her life unfolds on screen as childish games turn towards serious crime.

At the height of the USSR’s invasion of Afghanistan in 1982, 1.5 million Afghans took a long journey to the border
of Iran to flee war. Taghi, born after that generation and unwilling to inherit the limitations of his parents’ refugee
status, navigates outside the protective walls of his family to trace his identity and the doors to his future in the homeland
he never knew. As war continues to rage in Afghanistan, what future awaits him in which land?

What are the costs of living an authentic life? Twenty-six years after intimately chronicling artist Gabi P.’s
gender transition in the groundbreaking film Metamorphosis (Sundance’s Filmmakers Trophy; POV), Lisa Leeman
reconnects with Gabi. Now age 65, one year sober, and a devout Christian, Gabi stands at a new and unexpected crossroads.
Probing universal themes of aging, faith, and identity, Trans*Formed is a story of struggle and resiliency- against the
backdrop of society’s persistent transphobia.

Three strangers are tragically united and changed forever by a weekend of gun violence in
WhenClaude Got Shot, an intimate and unflinching personal documentary that investigates the problem of gun violence
in America’s black communities.

Made possible with support from The Kendeda Fund

This feature documentary explores land use in Africa. It examines the ubiquitously 21st Century question of who controls
natural resources, and at what cost?

A family reflects on a young man’s disappearance in a Mexican village under the watchful eyes of the horse who saw
him last.

Berlin’s historic defunct Tempelhof Airport remains a place of arrivals and departures. Today its massive hangars
are used as one of Germany’s largest emergency shelters for asylum seekers, like 18-year-old Syrian student Ibrahim
and Iraqi physiotherapist Qutaiba. As they adjust to a transitory daily life of social services interviews, German lessons
and medical exams, they try to cope with homesickness and the anxiety of whether or not they will gain residency or be
deported.


The Gospel of Eureka
(United States)

Logline: Love, faith and civil rights collide in a southern town as evangelical Christians and drag queens step into the
spotlight to dismantle stereotypes. Gospel drag shows and passion plays set the stage for one hell of a show. Narrated
by Mx Justin Vivian Bond.

This intimate contemplation on modern youth follows 16-year-old Austyn Tester as he flirts with the world of social media
fame. Driven by a wide-eyed desire for stardom, Austyn cultivates a singularly positive online persona that’s at
odds with growing up in small town Tennessee. After trading in a high school education for management and devoted
fangirl followers, Austyn confronts his own motivation and questions whether he’s cut out for the business of virtual
connection.

Like many Indigenous kids before him, 10-year-old Dujuan is fighting an enemy he cannot see, which makes him strike out
at everything. When he cannot run, nor fight alone, he realises that not only has he inherited the trauma and dispossession
of his land, but also the resilience and resistance of many generations of his people which holds the key to his future.
Made with and alongside those represented, this feature doc by Australian filmmaker Maya Newell (
Gayby Baby) is the second in her series about child perspectives.

In Mexico City’s wealthiest neighborhoods, the Ochoa family runs a private ambulance, competing with other for-profit
EMTs for patients in need of urgent help. As they try to make a living in this cutthroat industry, they struggle to keep
their financial needs from compromising the people in their care.

Midnight Traveler follows a family of Afghan filmmakers on the run from the Taliban. Told from refugee-Director Hassan
Fazili’s unique first-person perspective, their story provides unprecedented access to the complex refugee encounter
with the West.


The Seer and the Unseen
(United States)

The Seer and the Unseen is an unexpected environmental film about invisible elves, the free market and the surprising
power of belief told through the story of an Icelandic woman’s quest to save a threatened landscape and the beloved
home her family has lived in for generations. Unfolding through vérité magical realism, the film explores the unseen forces
that shape our visible worlds and transform our natural landscapes – and, the profound meaning of home.