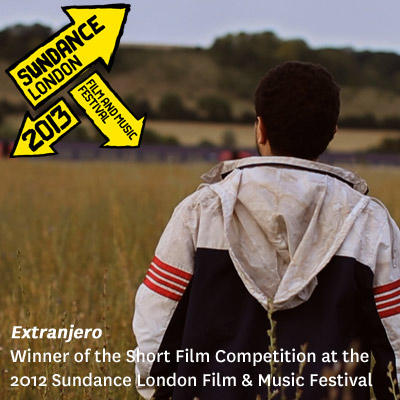 The O2, London, 13 December 2012 — Sundance London will once again host a Short Film Competition for the second film and music festival, 25-28 April at The O2. UK-based filmmakers are invited to enter original films between three and five minutes in length, with the winning entry screening at Sundance London and its filmmaker receiving a three-night stay at the Langham Hotel in London as well as additional prizes to be announced.

The Short Film Competition is a partnership with Ravensbourne College of Design and Technology, and with guidance from Sundance London organizers, Robert Redford, Sundance Enterprises, Sundance Institute – which annually hosts the Sundance Film Festival in Park City, Utah, U.S.A. – and AEG Europe.

John Cooper, Director of the Sundance Film Festival, said, “The submission process for our Festival in Park City, Utah, U.S.A. has proven to be a source for discovering emerging filmmaking talent. The Short Film Competition further allows us to bring that same energy to Sundance London.”

To correspond with Sundance London’s location at The O2 in Greenwich, the home of Greenwich Mean Time, short film entries should focus on the concept of time; this year’s theme is ‘The Time Is Now; astory that is about being immediate and in the moment.’ Submissions can be documentary, animation, live action, comedy, drama or any other preferred format or genre, and will accepted through midnight (GMT) on Thursday, 28 February 2013 online.

A small team of Ravensbourne students will manage and organize the competition, and a panel of judges will convene to select a shortlist of films. A further panel made up of Sundance Institute representatives will select the winning entry from those finalists.

Terms and conditions for the Short Film Competition are online.

Sundance London
The Sundance London film and music festival is a partnership between Robert Redford, Sundance Enterprises, Sundance Institute and AEG Europe. The second Sundance London will take place from 25-28 April, 2013 at The O2 and will host the international and UK premieres of films fresh from the 2013 Sundance Film Festival in Park City, Utah, U.S.A., as well as live music performances, panels and events. Passes and ticket packages are now on sale and individual tickets will be available in March.  For partnership opportunities email sundancelondon@the02.co.uk.