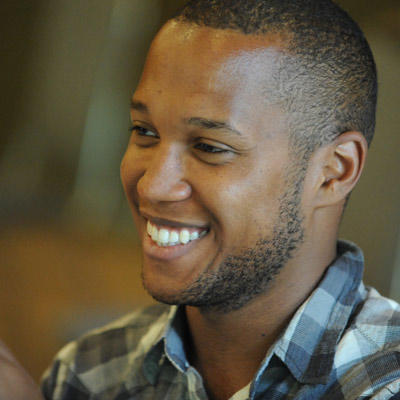 The event will also include musical selections from the Sundance Institute-supported, much-anticipated new musical Fun Home by Lisa Kron and Jeanine Tesori, featuring performances by Maggie Gyllenhaal, Judy Kuhn, David Hyde Pierce and others. Fun Home was supported at two Institute Labs and will open at the Public Theatre later this year. Also at the benefit, Cherry Jones and others will perform scenes from Appropriate by Williams Award winner Branden Jacobs-Jenkins.

Keri Putnam, Executive Director of Sundance Institute, said, “The Sundance Institute Theatre Program has discovered and supported many of the leading theatre artists and projects of the past three decades. We are pleased that our Tennessee Williams Award will further shine a spotlight on emerging playwrights from whom we can expect powerful and innovative work.”

Branden Jacobs-Jenkins is a Brooklyn-based playwright and dramaturg. His newest play, Appropriate, premieres at the Humana Festival in March 2013. His other work has been seen at The Public Theatre, PS122, Soho Rep, The Matrix Theatre in Los Angeles, Mixed Blood Theatre in Minneapolis, CompanyOne in Boston, Theater Bielefeld in Bielefeld, Germany and the National Theatre in London. He is Usual Suspect and a former New York Theatre Workshop Playwriting fellow, an alum of the Soho Rep Writers/Directors Lab, Public Theater Emerging Writers Group, and Ars Nova Playgroup. His honors include a Princess Grace Award, the Dorothy Strelsin Playwriting Fellowship, the Paula Vogel Award, and a fellowship in playwriting from the New York Foundation for the Arts. He holds an M.A. in Performance Studies from NYU and is working on commissions from Lincoln Center Theater/LCT3 and Yale Repertory Theater.

“Branden‘s burgeoning body of work already heralds a dynamic career; his audacity and poetic language are reminiscent of many of the qualities that define Mr. Williams’ writing,” remarked Philip Himberg, Artistic Director of the Sundance Institute Theatre Program. “Following his wildly entertaining and dangerous Neighbors, his most recent play, Appropriate, reveals him to be an author willing to take substantial risk, and to fearlessly explore familial rage and personal emancipation. We look forward to his future output which will undoubtedly continue to reflect a singular sensibility, with humor and passion.”

Visit the events site at http://www.sundance.org/celebrateNY. For information on benefit event tickets and tables or sponsorship opportunities, contact celebrate@sundance.org. Individual tickets are $500.

The Theatre Program has been a core component of Sundance Institute since Robert Redford founded the Institute in 1984. The Theatre Program identifies and assists emerging theatre artists, contributes to the creative growth of established artists, and encourages and supports the development of new work for the stage. Under the guidance of Producing Artistic Director Philip Himberg and Associate Director Christopher Hibma, the Theatre Program is the leading play development program in the United States. Titles such as Spring Awakening, An Iliad, I Am My Own Wife, The Good Negro, Circle Mirror Transformation, Passing Strange, Grey Gardens, Crowns and Marie Antoinette have gone from Theatre Program Labs to production from coast to coast and internationally, garnering multiple Pulitzers, Tonys, Obies and other recognition. The Theatre Program hosts a range of creative Labs throughout the year and around the world, including the Theatre Lab at the Sundance Resort and Playwrights Retreat at Ucross. The Theatre Program’s East Africa initiative is the only professional program of its type on the continent, offering Labs, cross-cultural exchange, mentorship and exposure to artists in six African countries. Past activities have also included a Theatre Lab at White Oak, a Theatre Lab at MASS MoCA and a Theatre Lab on Governors Island in New York.

The University of the South, Beneficiary of the Williams’ Estate
Tennessee Williams, American playwright and two-time Pulitzer Prize winner, left his estate to The University of the South, familiarly known as Sewanee, as a memorial to his maternal grandfather, the Reverend Walter E. Dakin, who studied at Sewanee’s School of Theology in 1895. This generous gift, which came to the University in 1996, included the copyrights to the plays, screenplays, poems, letters and stories written by Mr. Williams. The Walter E. Dakin Memorial Fund is used primarily to support the Sewanee Writers’ Conference and the Sewanee Young Writers’ Conference, both of which support writers and encourage creative writing as contemplated by Mr. Williams’ will. More than 500 writers have been provided financial assistance to attend the Sewanee Writers’ Conference. Additional information about both Conferences is available on the University’s website: www.sewanee.edu and at www.sewaneewriters.org. The Fund also supports scholarships for students who wish to pursue creative writing and fellowships which are granted annually to budding playwrights or authors. Those fellows include Ann Patchett, Claire Messud, Tony Early, and Mark Richard. The Tennessee Williams Center houses the University’s theater department and a portion of the Fund supports the department and the theatrical productions it mounts in the Center. Those productions include works of Tennessee Williams Fellows and Mr. Williams’ own plays. The Fund also supports the creative writing program in the University’s School of Letters. Because the income stream from the licensing of the copyrights will stop as the copyrights expire, the University has set aside a portion of the Fund as permanent endowment thus insuring that Mr. Williams’ gift will benefit writers for years to come.