Peaches to Perform and Premiere Her Directorial Debut at Sundance London 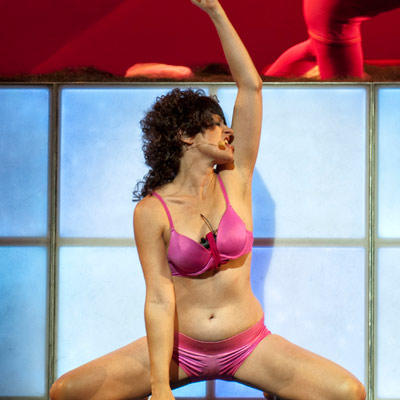 The O2, 27 February 2013 — Sundance Institute and The O2 announced Peaches as the first headlining act for the second Sundance London film and music festival, which will also host the UK premiere of Peaches Does Herself. Tickets for Peaches’ Friday 26 April performance at indigO2 in The O2 as well as a music-and-movie ticket package will be on sale from 9am GMT Friday 1 March online.

Musician, DJ, producer and filmmaker Peaches has been captivating and changing the pop culture landscape since the release of her debut album in 2000. The Teaches of Peaches, was her first breakthrough statement, followed by her second LP, Fatherfucker. Impeach my Bush further infused the sexual and political into pop territory. Peaches’ fourth album, I Feel Cream, cemented her longevity with her biggest evolutionary leap to date. Over the years, Peaches has built a reputation on her suggestive and intelligent lyrics with her musical and stylistic influences continuing to be seen and heard in artists around the world, from mainstream to underground.

Peaches Does Herself – is directed and written by Peaches, In the film, Peaches follows the advice of an old stripper and makes sexually forthright music. The electro rock opera chronicles Peaches’ rise to popularity and her love affair with a beautiful she-male that ultimately leads her to realise who she really is. The film stars Peaches, Danni Daniels, Sandy Kane, Mignon, Sweet Machine Band and Jolly Goods. Sundance London will be the film’s UK Premiere.

About her participation in Sundance London, Peaches said: “I am totally thrilled to be selected for Sundance London. And to bring my live show to town in conjunction with the screening. Peaches Does Herself digs deeper into what I stand for as an artist while exploring the images and misconceptions surrounding my work. It’s been awhile since I’ve performed in London. I always love London’s live energy!”

Peaches is the first headlining act booked by Sundance London Music Programmer Jon Dunn. Jon is a UK music promoter, curator and booker who has worked with bands throughout the UK for over 20 years. Jon joined Live Nation in 2004, where he worked  with artists including Arcade Fire, MIA, The National and Anthony and the Johnsons.  In 2005 Jon began booking artists for the Latitude Festival, while continuing to promote tours nationally for Live Nation. Since 2010 his focus has been on curating festivals, including Latitude (35,000) and The Big Chill (55,000) and Electric Picnic Festival (35,000).

The full Sundance London film panel programme will be announced on Monday 11 March with individual film tickets on sale from Friday 15 March.