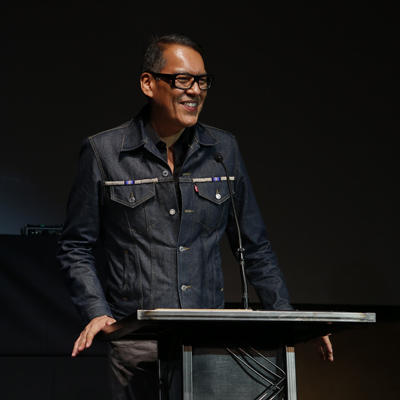 Park City, Utah — Sundance Institute marks the 20th anniversary of its Native American and Indigenous Program with a series of events around the country for Native artists and the public. The Institute also announced today the four artists selected for the 2014 NativeLab Fellowship, which is the centerpiece of the Institute’s year-round work with the Native community and is one of 10 residential labs the Institute will host for artists this summer, collectively representing the most promising new independent film and theatre projects.

“Native American and Indigenous filmmakers are rooted in a long and deep tradition of storytelling,” said Sundance Institute president and founder Robert Redford. “I am proud of the work that Sundance Institute has done over the past 20 years to encourage Native American artists to share their stories, take risks with their work, and to both share with their communities and to give of their time and expertise to encourage younger Native American artists to do the same.   Their stories enrich and inspire us all.”

Bird Runningwater (Cheyenne/Mescalero Apache), Director of the Sundance Institute Native American and Indigenous Program, said, “I am honored to be celebrating 20 years of support for some of the most creative and impactful Native American and indigenous voices of our time. Over the course of the next year I look forward to paying tribute to some of our distinguished program alumni and also fostering the next generation of Native American filmmakers.”

The NativeLab Fellowship is a a two-stage development program that provides continuous and direct support to Native American, Native Hawaiian and Alaskan Native film artists. For the first stage, filmmakers participate in an intensive four-day workshop (May 19-23) on the homelands of the Mescalero Apache Tribe in New Mexico. The second stage will bring Fellows to the Native Forum during the 2015 Sundance Film Festival in Park City, Utah in January and provide opportunities for them to meet and hear from film industry professionals.

The artists and projects selected for the NativeLab Fellowship are:

Reality and ancient lore merge in a vivid, dream-like voyage for a Charlie, a young boy and his time traveling bicycle on a quest for his identity as Coyote the Trickster.

Daniel Flores (Yaqui) / Viva Diva
Two trans women pack up and leave their hometown with hope for a better future.

Carmen Tsabetsaye (Zuni / Zia Pueblo) / Puebloan in Praha
After moving to the Czech Republic, a young pueblo woman learns that her brother has died and her family is torn apart, through new found friendships she cultivates a new sense of family.

Christopher Kahunahana (Native Hawaiian) / Karaoke Kings
A suicidal homeless Hawaiian singer struggles to survive on the deadly streets of Honolulu’s Chinatown long enough to compete in the KARAOKE KING competition, — the everyman bar version of “American Idol.” This could be his only shot at fame, redemption and most importantly, love.

In addition to the NativeLab, the Institute will partner with Longhouse Media in 2015 to host a series of workshops in Seattle for Native American and indigneous artists as part of a new initiative called 4th World.

The Institute invites the public to attend the following events celebrating the 20th Anniversary of its Native American & Indigenous Program:

For more information on the Native American and Indigenous Program visit sundance.org/native