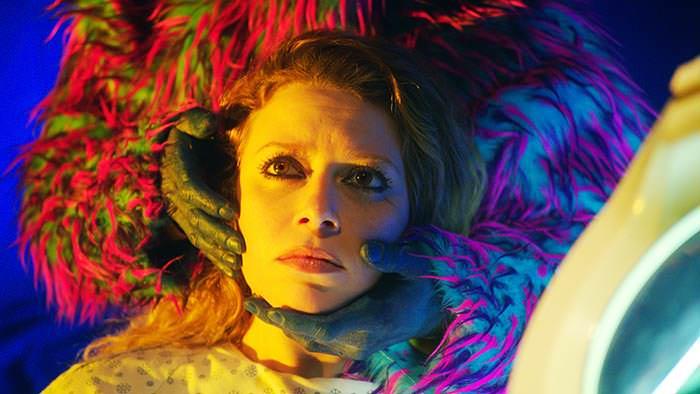 Park City, UT — Adrenaline junkies and genre film-lovers know the real fun at the Sundance Film Festival starts at midnight. Sundance Institute tonight offers a first look at the 2016 Sundance Film Festival by announcing the nine feature films that will screen in its iconic Midnight section, which has launched films including The Blair Witch Project, SAW, Super Troopers, The Babadook, Black Dynamite, What We Do In The Shadows, Dead/Alive, Delicatessen, The Descent and Hard Candy. Explore this year’s nine Midnight films — seven of which feature badass leading ladies — in more detail on the Festival’s Digital Program Guide.

In 1991, the Festival described its first Midnight section as a “special showcase of the most challenging but rewarding film experiences from around the world brought to you at the most arduous hour.” That curfew-breaking, genre-reinventing spirit continues today with audiences filling theaters for these fun, late-night offerings.

This year’s Festival will also include a program of Midnight short films; Those and other Festival selections will be announced in the weeks ahead. The Festival takes place January 21-31 in Park City, Salt Lake City, Ogden and Sundance, Utah.

MIDNIGHT
From horror flicks to comedies to works that defy any genre, these unruly films will keep you on the edge of your seat and wide awake.

Antibirth / U.S.A., Canada (Director and screenwriter: Danny Perez) — In a desolate community full of drug-addled marines and rumors of kidnapping, a wild-eyed stoner named Lou wakes up after a crazy night of partying with symptoms of a strange illness and recurring visions. As she struggles to get a grip on reality, the stories of conspiracy spread. Cast: Natasha Lyonne, Chloë Sevigny, Mark Webber, Meg Tilly, Maxwell McCabe-Lokos. World Premiere

The Blackout Experiments / U.S.A. (Director: Rich Fox) — A group of friends discover the dark underworld of the ultra-scary, psychosexual horror experience called Blackout. But what starts as a thrill ride through the unknown becomes deeply personal, developing into an obsession that hijacks their lives and blurs the line between reality and paranoid fantasy. World Premiere

Carnage Park / U.S.A. (Director and screenwriter: Mickey Keating) — The year is 1978. A team of wannabe crooks botch a small-town bank heist and flee with their hostage deep into the California desert, where they inexplicably find themselves in a harrowing fight for survival against a psychotic ex-military sniper. Cast: Ashley Bell, Pat Healy, Alan Ruck, Darby Stanchfield, James Landry Hébert, Larry Fessenden. World Premiere

Under the Shadow / United Kingdom, Jordan, Qatar (Director and screenwriter: Babak Anvari) — Tehran, 1988: As the Iran-Iraq War rumbles into its eighth year, a mother and daughter are slowly torn apart by the bombing campaigns on the city coupled with the country’s bloody revolution. As they struggle to stay together amidst these terrors, a mysterious evil stalks through their apartment. Cast: Narges Rashidi, Avin Manshadi, Bobby Naderi, Ray Haratian, Arash Marandi. World Premiere