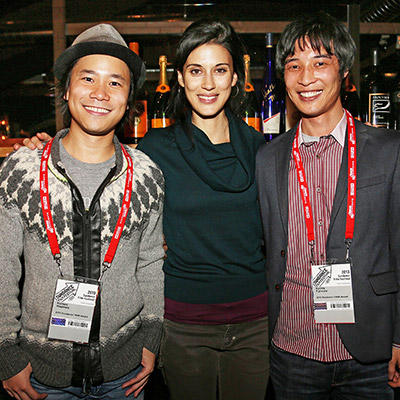 Park City, UT — Sundance Institute and NHK (Japan Broadcasting Corporation) have announced Kentaro Hagiwara, director of the upcoming film, Spectacled Tiger, as winner of the 2013 Sundance/NHK International Filmmaker Award. The award was presented at a private ceremony at the 2013 Sundance Film Festival in Park City, Utah.

Created in 1996 to celebrate 100 years of cinema, the annual award recognizes and supports a visionary filmmaker on his or her next film. Sundance Institute staff works closely with the winner throughout the year, providing creative and strategic support through the development, financing and production of their films.

Films previously supported by this award include Beasts of the Southern Wild, by Benh Zeitlin, and May in the Summer, by Cherien Dabis, which had its world premiere at the 2013 Sundance Film Festival.

Kentaro Hagiwara is an alum of the inaugural Screenwriters Workshop in Tokyo, a collaboration between Sundance Institute and its longtime partner NHK. Kentaro is a graduate of the Art Center College of Design in Los Angeles, and the writer-director of the short film Super Star. Spectacled Tiger will be his first feature film.

Spectacled Tiger, co-written by Kyohta Fujimoto, is a romantic, coming-of-age film about a high school trivia quiz wunderkind, Taiga Suzuki, who lives in a world where things are only black or white, correct or incorrect. But when Taiga finds himself smitten by a new girl in the school, Misaki, he encounters the difficulty of forcing his restrictive world view upon her. Struggling to deal with new feelings, Taiga gradually loses his grip on what is true and begins searching for the real meaning of correctness.