An Insider’s Look at the 2015 Sundance Film Festival Program 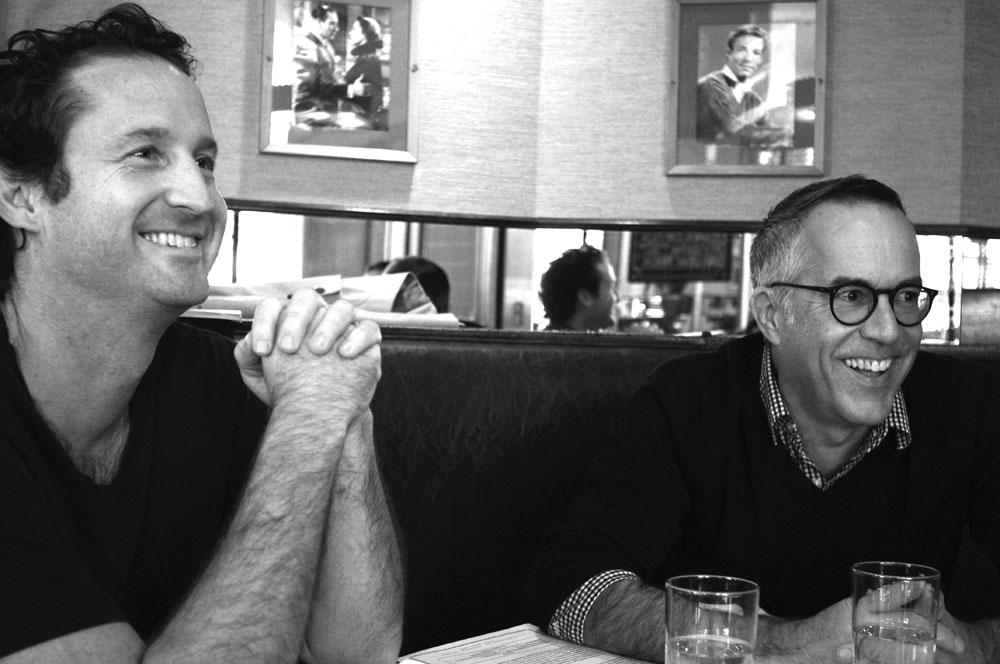 It may not nullify the cliché that quality beats quantity, but for the third consecutive year total submissions for the Sundance Film Festival reached 12,000. That conspicuous statistic, however, only tells a small part of the story that Festival Director John Cooper, Director of Programming Trevor Groth, and their team work exhaustively to shape.

Today we revealed the official selections for the U.S. Competition, World Competition, and NEXT sections of the 2015 Sundance Film Festival. Below, Cooper and Groth walk us through their vigorous program of films (Post-Its and all), provide a window into their decision-making, and explain why they consider this year’s Competition slate one of the most intense in recent memory.

As we approach the Festival, I’m reminded of a refrain from Cooper. In making programming decisions, you’ve said you ask yourself, “Is this the film the filmmaker intended to make?” What does that entail?

John Cooper: We do talk about that. We’ll ask, “Did the filmmaker fully realize their vision?” But I think the newer thing is that we’re looking for filmmakers who have bigger ambition. So, it’s not just fully realizing something small, it’s a real ambition to do something big.

The programming process is very exhilarating. The films that are being made now are bolder, braver, and sometimes more personal and intense. Whether it’s comedy, romance or documentaries, they’re filled with powerful emotions that make you want to take action or change the way you think. Even in some of this year’s films with darker themes, the filmmakers are very conscious of bringing empathy to those subjects and helping us understand.

Trevor Groth: These films stretched my emotional responses further than ever before. There are some really hilarious comedies and incredibly moving dramas, both of which explore subjects that people often shy away from. These films are presented in deep, honest, emotional ways, and they’ve made me rethink how we talk about these subjects and experience them in our lives.

Looking at U.S. Dramatic Competition, there seems to be a trend of adolescent stories, whether it’s teens confronting quintessential challenges or adults confronting their pasts. Have you noticed a similar theme?

TG: There is an exploration of human nature and an examination of why we are the people that we are. That’s a prevalent theme throughout the Festival. A lot of that has to do with what happens in our childhood, but also how we respond later in life. That’s touched on in many of these films – The Bronze, Diary of a Teenage Girl, Me and Earl and the Dying Girl, The D Train, and plenty of others.

JC: A lot of this stuff has never been talked about before in film. The taboos are no longer taboo. All of a sudden filmmakers are talking about things you couldn’t have even imagined.

This year’s U.S. Documentary Competition seems to be about engaging the audience. In a way, these films provide a corridor to impenetrable worlds.

JC: But what they all have is story. We looked for the documentaries that could take you through a story so that you’re emotionally involved. That’s what we demanded of ourselves – we changed our perception.

With that realization of story, is there any lack of depth that we’re used to seeing?

JC: None of these films are just important; they are entertaining as well. We want audiences to engage with these films, instead of feeling like they’re being lectured. Even the most issue-based documentaries are fun to watch.

TG: Racing Extinction is about environmental destruction, but it’s from the makers of The Cove, and it has that espionage feel to it. These documentaries are still giving you information, but now they are just making you care about it in a new way.

What are you thoughts on the state of World Competition? That program has come a long way over its 10-year existence.

JC: Our outreach has paid off in the films we’re getting. We’ve been working for a long time to have more relationships out there, and it’s represented by a diversity of places. The difference now is that we are having more films brought to us, rather than having to go explain to people what we do.

TG: Ten years in, we have a track record now of having launched filmmakers out of this section. Directors like Nicolas Winding-Refn, Sebastian Silva, Taika Waititi, John Carney.

What’s notable in World Dramatic Competition this year is how it’s primarily emerging filmmakers from around the world, but in a lot of cases they are working with established actors. We have Toni Collette in Glassland, Vincent Cassel in Partisan, Michael Fassbender in Slow West, and Nicole Kidman in Strangerland.  That’s a really exciting signifier of the kind of projects that are out there.

NEXT is a category that seems to up the ante each year. Last year, a popular sentiment was that it was on par with the Dramatic Competition films. How does NEXT distinguish itself this year?

JC: When it confuses people and they can’t pin it down, I think of that as success. The section is defined by the films in it each year.

What should audiences look for in the announcements to come?

JC: Spotlight is amazing. If you come to the Festival and just see Spotlight, you’d be so happy. It’s the best independent spirit from other film festivals.

TG: We’ve added a new section of the Festival where we are going to be showcasing different styles and different mediums with extended live components. There’s a one-of-a-kind aspect to it, and it also looks to the future of independent storytelling.