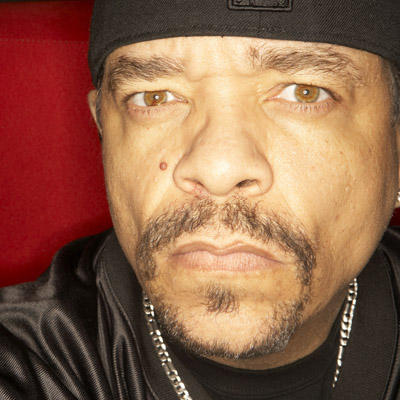 Park City, UT – Sundance Institute today announced that Ice-T and hip hop icons Chuck D (Public Enemy) and Grandmaster Caz will perform at ‘A Celebration of Music in Film’ on January 21 at the 2012 Sundance Film Festival. ‘A Celebration of Music in Film,’ one of the most anticipated music events at the annual Festival, this year celebrates SOMETHING FROM NOTHING: THE ART OF RAP, by director Ice-T, co-director Andy Baybutt and producer Paul Toogood.

The event takes place Saturday, January 21, 8:30 p.m. at the Sundance Music Café. A limited number of free tickets to the event will be available to Festival credential holders (21 and up) via Twitter @sundancefestnow and Ice-T’s feed @finallevel. Additionally, the event will be live streamed at www.sundance.org/live and http://www.livestream.com/sundancefest in participation with Livestream. RSVP to be notified when the event is live.

SOMETHING FROM NOTHING: THE ART OF RAP explores the roots and history of Rap. Through conversations with Rap’s most influential artists – among them Kanye West, Eminem, Common, Snoop Dogg, Dr. Dre, Chuck D, Mos Def, and Ice Cube – Ice-T reveals the creative process behind this now-dominant art form.

“Ice-T’s legacy in the music community is indelible, and we are very proud to showcase these prolific and groundbreaking artists at the Festival this year,” said Peter Golub, Director of the Sundance Institute Film Music Program and producer of ‘A Celebration of Music in Film.’ “Similarly, the Festival has long been a champion of showcasing the art and imagination of music in film, and that legacy continues this year.”

“We could not be more excited and honored to have music legends Ice-T, Chuck D and Grandmaster Caz perform at this year’s Festival,” said Tracy McKnight, producer and co-host of ‘A Celebration of Music in Film’ and Head of Film Music for Lionsgate. “This night is about celebrating music in film, and highlighting this incredible art form will certainly make this evening a ‘once-in-a-lifetime’ event.”

The 2012 Sundance Film Festival runs January 19 through 29, in Park City, Salt Lake City, Ogden and Sundance, Utah. A complete list of films and events is available at www.sundance.org/festival.