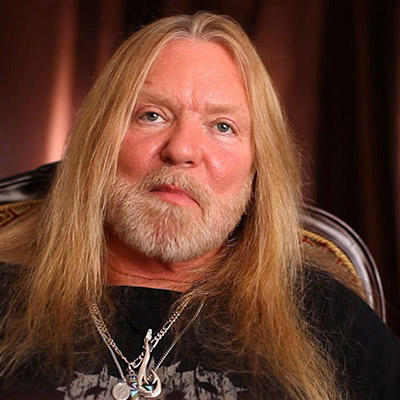 The O2 — Sundance Institute and The O2 announced that the second Sundance London film and music festival will play host to A Celebration of Muscle Shoals with Gregg Allman and John Paul White of The Civil Wars. On Saturday 27th Aprilat indigo02 in The O2 join Gregg Allman and John Paul White for an intimate sharing of music. This acoustic, 45-minute live performance will take place directly following the film screening. Tickets for A Celebration of Muscle Shoals can only be purchased in conjunction with a ticket to the screening of the film Muscle Shoals and are on sale now online.

Founding member of The Allman Brothers Band, Duane Allman played on seminal tracks cut at FAME Studios in Muscle Shoals, while John Paul White lives in and calls Muscle Shoals home – the tiny Alabama town with the curious name.  Gregg Allman, on behalf of his brother Duane, and John Paul White are some of the artists who feature in Greg Camalier’s acclaimed music documentary Muscle Shoals which will have its UK Premier at Sundance London. Muscle Shoals screens on Thursday 25, Saturday 27 and Sunday 28 April.

On his involvement with Sundance London and working with Allman, John Paul White said, “For musicians raised in the heart of the South, the Allman Brothers are gods. Count me among the worshipers. I’m honoured immensely to be included in this project in any small way, and working with one of my heroes excites me to no end.”

With interviews from an incredible roster of musicians, Muscle Shoals unearths the rich musical history of a tiny Alabama town with the curious name of Muscle Shoals, an unheralded gold mine of American music. At the heart of Muscle Shoals is Rick Hall; overcoming crushing hardship, he managed to entice talent like Aretha Franklin and Wilson Pickett. As the word spread about the electrifying musical chemistry in this unexpected place, the likes of Bob Dylan, the Rolling Stones, the Staples Singers, the Allman Brothers Band, Lynyrd Skynyrd, and Simon and Garfunkel magnetically followed suit.

In addition to the performance to A Celebration of Muscle Shoals with Gregg Allman and John Paul White of The Civil Wars, Sundance London will host a previously announced performance by Peaches on Friday 26 April. Tickets for that performance are also now on sale.

Sundance London
The Sundance London film and music festival is a partnership between Robert Redford, Sundance Enterprises, Sundance Institute and AEG Europe. The second Sundance London will take place from 25-28 April, 2013 at The O2 and will host the international and UK premieres of films fresh from the 2013 Sundance Film Festival in Park City, Utah, U.S.A., as well as live music performances, panels and events. All films will screen at Cineworld at The O2. Tickets are now on sale.