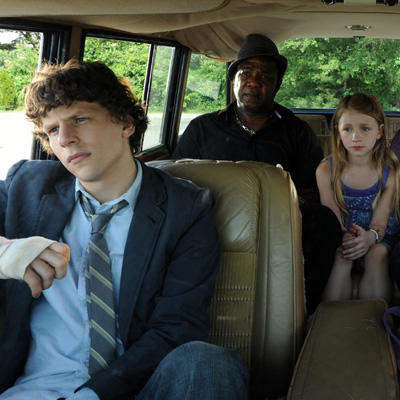 Park City, UT – Sundance Institute announced today the selection of four additional films for the 2012 Sundance Film Festival. The Festival will be January 19 through 29 in Park City, Salt Lake City, Ogden and Sundance, Utah. The complete list of films is available at www.sundance.org/festival.

John Cooper, Director of the Sundance Film Festival, said, “Each of these four films is an accomplishment in its own right, and collectively, their addition to our program allows us to present a broader look at independent filmmaking. With these four films, we will present a total of 117 feature-length films at the 2012 Sundance Film Festival – a strong indication of the vitality of the independent film community.”

Late additions to the Festival in recent years have included Miranda July’s The Future and Lisa Cholodenko’s The Kids Are All Right.

Predisposed / U.S.A. (Directors & Screenwriters: Philip Dorling, Ron Nyswaner) – Eli Smith, a piano prodigy, is dealing with his troubled mother and enlisting help from a hapless drug dealer on the day he has an audition for a prestigious music program. Events spiral comically out of control as this gang of misfits faces the mistakes of the past, the challenges of the future, and the possibilities of love. Cast: Jesse Eisenberg, Melissa Leo, Tracy Morgan, Sarah Ramos, Isiah Whitlock Jr. World Premiere.

JOHN DIES AT THE END / U.S.A. (Director: Don Coscarelli, Screenwriter: Don Coscarelli, based on a novel by David Wong) – On the street they call it Soy Sauce – a drug that allows users to drift across time and dimensions. But some who come back are no longer human. Can John and David stop the oncoming horror? No. They can’t. Cast: Chase Williamson, Rob Mayes, Paul Giamatti, Clancy Brown, Glynn Turman. World Premiere