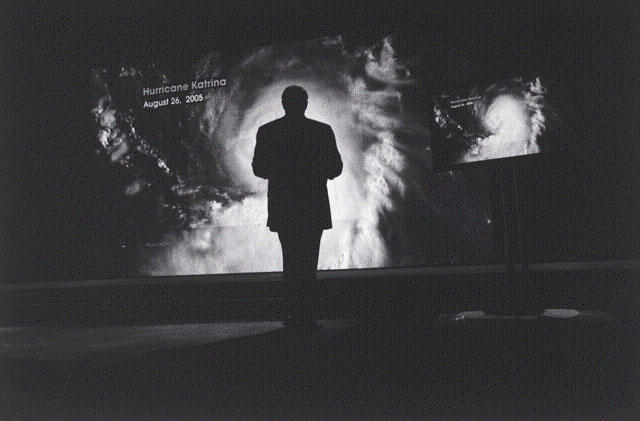 Park City, UT — An Inconvenient Sequel, the followup to watershed environmental documentary An Inconvenient Truth, will make its world premiere at the 2017 Sundance Film Festival as a Day One screening, part of The New Climate, a program dedicated to conversations and films about environmental change and conservation.

A decade after An Inconvenient Truth brought climate change into the heart of popular culture comes An Inconvenient Sequel, a riveting look at both the escalation of the crisis and how close we are to a real solution. Directed by Sundance Film Festival alumni Bonni Cohen and Jon Shenk.

The Honorable Al Gore, 45th Vice President of the United States, will also join the Festival’s Power of Story panel, a collaboration between Sundance Institute and The Redford Center, with former President Mohamed Nasheed of the Maldives, producer Heather Rae (Frozen River, RISE), social entrepreneur and philanthropist Jeff Skoll and environmentalist and scientist Dr. David Suzuki. A conversation between these prominent figures, who bring decades of direct experience with climate change and its effects, will be moderated by Democracy Now! journalist and broadcaster Amy Goodman on January 22, 2017, and livestreamed from Park City’s Egyptian Theatre at sundance.org.

The New Climate includes 14 documentaries, short films and virtual reality experiences across the Festival’s categories, and marks the first time that Festival programmers have focused efforts to highlight a specific cause.

Robert Redford, President and Founder of Sundance Institute, said, “I believe that storytelling is the greatest platform for getting people to care and take action on some of the most pressing issues of our time. Amid escalating threats to our environment, independent perspectives are adding the depth and dimension needed for us to find common ground and real solutions.”

John Cooper, Director of the Sundance Film Festival, said, “This film and the 13 other films and projects that are part of The New Climate slate this year add a new chapter to our legacy of showcasing stories on the environment and climate change. When my team and I first watched this film, we were taken by its complete, sensitive and cinematic presentation of the issues. It was emotional to see the scope of our world’s problems — and heartening to see the potential for progress.”

2017’s other projects for The New Climate appear below. Environmental films and projects showcased at the Festival in recent years include The Cove, Gasland, Chasing Ice, Racing Extinction and Collisions. The New Climate is a partnership of Sundance Institute and The Redford Center.

Chasing Coral / U.S.A. (Director: Jeff Orlowski) — Coral reefs around the world are vanishing at an unprecedented rate. A team of divers, photographers and scientists set out on a thrilling ocean adventure to discover why and to reveal the underwater mystery to the world. World Premiere. (U.S. Documentary)

The Diver / Mexico (Director: Esteban Arrangoiz) — Julio César Cu Cámara is the chief diver in the Mexico City sewer system. His job is to repair pumps and dislodge garbage that flows into the gutters to maintain the circulation of sewage waters. (Short Films)

Look and See: A Portrait of Wendell Berry / U.S.A. (Directors: Laura Dunn, Jef Sewell) — This cinematic portrait of the changing landscapes and shifting values of rural America in the era of industrial agriculture is seen through the mind’s eye of farmer and writer Wendell Berry. (Spotlight)

Plastic China / China (Director: Jiu-liang Wang) — Yi-Jie, an 11-year-old girl, works alongside her parents in a recycling facility while dreaming of attending school. Kun, the facility’s ambitious foreman, dreams of a better life. Through the eyes and hands of those who handle its refuse, comes an examination of global consumption and culture. International Premiere. (World Documentary)

Rancher, Farmer, Fisherman / U.S.A. (Directors: Susan Froemke, John Hoffman, Beth Aala) — From the Montana Rockies to the wheat fields of Kansas and the Gulf of Mexico, families who work the land and sea are crossing political divides to find unexpected ways to protect the natural resources vital to their livelihoods. These are the new heroes of conservation, deep in America’s heartland. World Premiere. (Documentary Premieres)

RISE / Canada (Director and screenwriter: Michelle Latimer) — This vibrant and immersive documentary series explores the front lines of indigenous resistance. Episodes Apache Stronghold, Sacred Water and Red Power examine factors that threaten indigenous liberation in the 21st century. A series of contrasts, this series is both a condemnation of colonialism and a celebration of indigenous peoples. Continuing Sundance Institute’s ongoing commitment to presenting bold stories from within the Native American and Indigenous communities, we are proud to debut three episodes: Apache Stronghold, Sacred Water and Red Power, followed by an extended Q&A. World Premiere. (Special Events)

Tree / U.S.A. (Lead Artists: Milica Zec, Winslow Porter, Key Collaborators: Aleksandar Protic, Jacob Kudsk Steensen) — This virtual experience transforms you into a rainforest tree. With your arms as the branches and body as the trunk, you experience the tree’s growth from a seedling to its fullest form and witness its fate firsthand. (New Frontier: Virtual Reality)

Visions of an Island / U.S.A. (Director: Sky Hopinka) — Indigenous and foreign presences coexist on an Alaskan island in the center of the Bering Sea. (Short Films)

The Sundance Film Festival®
The Sundance Film Festival has introduced global audiences to some of the most groundbreaking films of the past three decades, including Boyhood, Beasts of the Southern Wild, Fruitvale Station, Whiplash, Brooklyn, Twenty Feet from Stardom, Life Itself, The Cove, The End of the Tour, Blackfish, Me and Earl and the Dying Girl, Super Size Me, Dope, Little Miss Sunshine, sex, lies, and videotape, Reservoir Dogs, Hedwig and the Angry Inch, An Inconvenient Truth, Precious and Napoleon Dynamite. The Festival is a program of the non-profit Sundance Institute®. 2017 Festival sponsors to date include: Presenting Sponsors – Acura, SundanceTV, Chase Sapphire®, and Canada Goose; Leadership Sponsors – Adobe, AT&T, DIRECTV, and YouTube; Sustaining Sponsors – American Airlines, Canon U.S.A., Inc., Francis Ford Coppola Winery, GEICO, Google VR,The Hollywood Reporter, IMDb, Jaunt, Kickstarter, Omnicom, Stella Artois® and the University of Utah Health. Sundance Institute recognizes critical support from the Utah Governor’s Office of Economic Development, and the State of Utah as Festival Host State. The support of these organizations helps offset the Festival’s costs and sustain the Institute’s year-round programs for independent artists. Look for the Official Sponsor seal at their venues at the Festival. sundance.org/festival