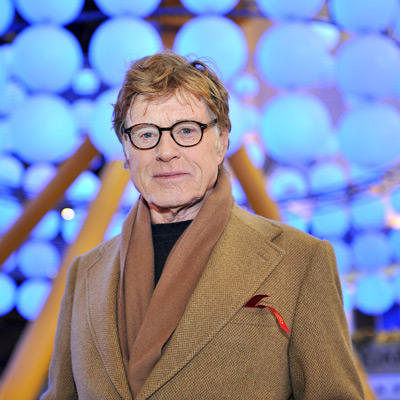 London, Wednesday 23 November 2011, The O2 — Sundance founder Robert Redford and 12-time Grammy Award winner T Bone Burnett will open the first-ever Sundance London music and film festival on 26 April. Redford and Burnett in their first joint public appearance will explore the relationship between film and music. This event kicks off the new four-day, multi-disciplinary arts festival at The O2 which is a partnership between Robert Redford, Sundance Institute and AEG Europe. An Evening with Robert Redford and T Bone Burnett will be moderated by author and screenwriter Nick Hornby and will feature a special musical act to be announced soon.

Sundance London takes place 26 – 29 April, 2012, and will feature the UK premieres of films fresh from the 2012 Sundance Film Festival which takes place 19-29 January, 2012 in Park City, Utah, U.S.A. Daily live music performances, discussions, panels and other public events will round out the four-day festival.

Passes, ticket packages and individual tickets for both the film and music components of Sundance London will go on sale to the public on Monday 28 November at www.sundance- london.com.

Robert Redford, Founder and President of Sundance Institute, said: “The depth of T Bone’s experience and accomplishments in the worlds of both film and music set the stage for the Sundance London program and the celebration of music and film that’s to come. His ability to enliven film in such an authentic fashion has seen him produce and curate some of cinema’s most notable and commercially successful soundtracks.”

In the opening night event, filmmaker, actor and Sundance founder Robert Redford and musician, songwriter, and soundtrack and record producer T Bone Burnett, will share their recollections of achieving great musical moments with the many filmmakers, actors and musicians they’ve collaborated with throughout their storied careers. Joined on stage by Nick Hornby (High Fidelity), who will moderate the evening, the two artists of ‘sound and screen’ will utilise film clips from some of the many films they’ve worked on for which music made an indelible contribution. Redford and Burnett will also discuss some of their favourite musical moments from other great films that have influenced their work. The evening will be capped off by a special musical act.

Burnett’s 40 years of experience in music and entertainment include work as an artist, songwriter, producer, performer, concert producer, record company owner and artist advocate. His work as a music producer has resulted in Raising Sand, from Robert Plant and Alison Krauss, The Union from Elton John and Leon Russell and best-selling albums from Counting Crows, The Wallflowers, Los Lobos, Cassandra Wilson, Roy Orbison and Ralph Stanley. His experience in film includes The Big Lebowski, O Brother Where Art Thou?, Walk The Line, The Divine Secrets Of The Ya-Ya Sisterhood, Cold Mountain and Crazy Heart, for which T Bone and co-writer Ryan Bingham earned an Academy Award, a Golden Globe Award and a Grammy Award.

T Bone Burnett added: “I’ve admired immensely the work that Robert Redford and Sundance Institute have done over the years to support independent film and filmmakers. I’m very much looking forward to Bob and I sharing our experiences of the films we’ve been a part of, as well as our recollections of the varied musicians, actors and filmmakers we’ve had the good fortune to work with over the years.” On being asked to moderate the evening, Nick Hornby said: “I am delighted and honoured to be given an opportunity to talk to these two extraordinarily influential men. They have been involved in some of my favourite films, and anyone who is interested in movie music, or movies and music, will want to hear what they have to say.”

Alex Hill, AEG Europe, Chief Finance & Strategy Officer, said: “Having Robert Redford and T Bone Burnett together for the first time on stage, and with Nick Hornby to open Sundance London is sure to be a real highlight of the event. Between them, Robert and T Bone have a wealth of experience and knowledge of contemporary American film and music that few could rival.”

Robert Redford
Robert Redford is an Academy Award-winning actor, director and producer, a passionate advocate for the arts and a leading environmentalist. He serves as President of the non-profit Sundance Institute, which he founded 30 years ago to foster independence, discovery and new voices in American film and theatre. Mr. Redford also founded the Sundance Channel, Sundance Resort, Sundance Catalog, and Sundance Cinemas and the non-profit Redford Center. Though very different in their activities and independent in their operations, all of Mr. Redford’s Sundance entities share the same core mission he has always held dear: a passionate connection to new artists, new voices and new perspectives.
www.sundancegroup.net

T Bone Burnett
Burnett’s 40 years of experience in music and entertainment include work as an artist, songwriter, producer, performer, concert producer, record company owner and artist advocate. His work as a music producer has resulted in some of music’s biggest-selling and most critically-lauded releases, including Raising Sand, the worldwide smash album from Robert Plant and Alison Krauss, The Union from Elton John and Leon Russell and best-selling albums from Counting Crows, The Wallflowers, Los Lobos, Cassandra Wilson, Roy Orbison and Ralph Stanley.

Burnett’s first major foray into film was his 1999 collaboration with the Coen Brothers on The Big Lebowski, for which he served as “Musical Archivist” before working on their next film, O Brother Where Art Thou?, for which he earned five Grammy Awards for his work on the 8- times Platinum release.

He has since served as Executive Music Producer on numerous additional films, including the Johnny Cash biopic Walk The Line (for which he also composed the score), The Divine Secrets Of The Ya-Ya Sisterhood and Cold Mountain, for which he, along with Elvis Costello, was nominated for an Academy Award in the category of Best Original Song for the track “The Scarlet Tide.”

In 2009 T Bone produced the critically acclaimed hit film Crazy Heart, starring Jeff Bridges, Maggie Gyllenhaal, Colin Farrell and Robert Duvall. He also composed the film’s score and co- wrote many of its original songs, including “The Weary Kind,” which earned T Bone and co- writer, Ryan Bingham, an Academy Award, a Golden Globe Award and a Grammy Award (plus an additional Grammy Award for Crazy Heart as Best Compilation Soundtrack album). T Bone’s work on that film also garnered him awards from the Broadcast Film Critics Association (for Best Original Song for “The Weary Kind”), as well as numerous other critics organisations throughout the U.S.

Sundance Institute
Sundance Institute is a global non-profit organization founded by Robert Redford in 1981. Through its artistic development programs for directors, screenwriters, producers, composers and playwrights, the Institute seeks to discover and support independent film and theatre artists from the United States and around the world, and to introduce audiences to their new work. The Institute promotes independent storytelling to inform, inspire, and unite diverse populations around the globe. Internationally recognized for its annual Sundance Film Festival, Sundance Institute has nurtured such projects as Born into Brothels, Trouble the Water, Son of Babylon, Amreeka, An Inconvenient Truth, Spring Awakening, I Am My Own Wife, Light in the Piazza and Angels in America. Join Sundance Institute on Facebook, Twitter and YouTube.

AEG AEG is one of the leading sports and entertainment presenters in the world. It owns or operates some of the world’s best arenas and theatres, numerous sports franchises including the Los Angeles Kings (NHL) and LA Galaxy (MLS), and a collection of companies dedicated to producing, promoting and presenting world-class live entertainment.

In May 2005, AEG Europe announced that it would transform the former Millennium Dome and the surrounding area into the UK’s most exciting and technically advanced music, sport and entertainment destination. It was renamed The O2 and opened in June 2007. The centrepiece of the multi-million pound development is the 20,000 capacity indoor arena, the most popular music arena in the world. There is also a live music venue – indigO2 – with a capacity of 2,350, The O2 bubble – a state of the art exhibition space that is host to the British Music Experience, a permanent, high-tech, interactive music museum, an 11 screen cinema complex, and a vibrant ‘Entertainment District’ featuring a variety of bars, restaurants and leisure facilities.

The O2 arena sold more tickets than any other arena in the world last year – making it the most popular music venue in the world for the fourth year running.

The O2 is an official venue for the 2012 Olympics hosting both the gymnastic and basketball events.

AEG employs more than 3,000 staff in over 45 operating companies worldwide. Its international head office is in Los Angeles, and its European headquarters is based in London.
www.aegworldwide.com