Filmmaker Ryan Coogler to be Honored with Vanguard Award 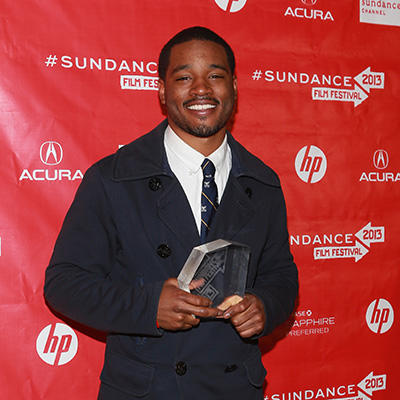 Los Angeles, CA — Sundance Institute today announced filmmaker Ryan Coogler (Fruitvale Station) will be honored with the Vanguard Award, presented by Tiffany & Co. Actress Kerry Washington will present the award to Coogler at the third annual ‘Celebrate Sundance Institute’ benefit on June 5, 2013 in Los Angeles. As previously announced, the benefit will also honor the life and work of beloved journalist and film critic Roger Ebert with the Vanguard Leadership Award in Memoriam, in recognition of his advocacy of independent cinema. The award will be presented by Sundance Institute President and Founder Robert Redford and accepted by Ebert’s wife, Chaz Ebert.

Director Ryan Coogler’s first feature film, Fruitvale Station, was selected for Sundance Institute’s Feature Film Program Screenwriters Lab and Artist Granting Fund and went on to win both the Grand Jury Prize and the Audience Award at the 2013 Sundance Film Festival. Fruitvale Station will screen in the “Un Certain Regard” section at Cannes this month and will be released by The Weinstein Company in July 2013.

The Vanguard Award, presented by Tiffany & Co., comes with a cash grant and mentorship from industry professionals and Feature Film Program staff. Coogler will be the second recipient of the Vanguard Award. The first was presented last year to Benh Zeitlin, director of Beasts of the Southern Wild, whose film went on to receive critical acclaim and accolades worldwide. The Vanguard Awards were founded in 2011 to mark the 30th anniversary of the Sundance Institute Feature Film Program and its founding director, Michelle Satter.

Keri Putnam, Executive Director of Sundance Institute, said, “Ryan Coogler makes an extraordinary directorial debut with Fruitvale Station, in which he tells a heartbreaking story with courage and conviction. His talent and promise make him a fitting recipient of our Vanguard Award, and we look with great anticipation to the release of his film this summer as well as his future work in years to come.”

Sundance Institute will remember and celebrate journalist and film critic Roger Ebert by honoring him with the Vanguard Leadership Award in Memoriam, in recognition of his advocacy of independent cinema. He was a frequent attendee of the Sundance Film Festival, where he discovered and supported films like Hoop Dreams, Man Push Cart, Come Early Morning, Longtime Companion, Metropolitan, The Brothers McMullen, Crumb, Picture Bride, American Movie, and The War Zone. Sundance alumni who count him as an advocate include Steve James, Spike Lee, Kathryn Bigelow, Steven Soderbergh, Quentin Tarantino, Errol Morris and Werner Herzog. Beginning in 1967 with his film review column in the Chicago Sun Times, Ebert was a fierce and tireless champion of original storytelling. He is equally known for the television programs Sneak Previews, At the Movies, Siskel & Ebert, and Ebert & Roeper. Ebert will be the second recipient of the Vanguard Leadership Award. The first was presented this year to philanthropist and Sundance Institute Trustee George Gund.

Robert Redford, President and Founder of Sundance Institute, said, “Roger Ebert was one of the great champions of freedom of artistic expression. When the power of independent film was still unknown and few would support it, Roger was there for our artists. His personal passion for cinema was boundless, and that is sure to be his legacy for generations to come.”

Also at the benefit, Sundance Institute will spotlight some of the talented artists it has supported since its founding in 1981 by Robert Redford. The evening will feature Sundance Institute-supported artists at each table, where they will discuss their creative journeys and the invaluable role the Institute has played in bringing their stories to life.

Sundance Institute relies on the generosity of donors who share a commitment to nurturing new artists, supporting unique and diverse creative voices, and furthering the reach of independent feature and documentary films around the world. The event will raise crucial funds to offset the non-profit Institute’s year-round programs for artists, including Labs, grants and the Sundance Film Festival. For information on benefit event tickets and tables or sponsorship opportunities, visit the events site at http://www.sundance.org/labenefit.

Sundance Institute
Founded by Robert Redford in 1981, Sundance Institute is a global, nonprofit cultural organization dedicated to nurturing artistic expression in film and theater, and to supporting intercultural dialogue between artists and audiences. The Institute promotes independent storytelling to unite, inform and inspire, regardless of geo-political, social, religious or cultural differences. Internationally recognized for its annual Sundance Film Festival and its artistic development programs for directors, screenwriters, producers, film composers, playwrights and theatre artists, Sundance Institute has nurtured such projects as Born into Brothels, Trouble the Water, Beasts of the Southern Wild, Sin Nombre, Ain’t Them Bodies Saints, An Inconvenient Truth, Spring Awakening, Light in the Piazza and Angels in America. Join Sundance Institute on Facebook, Instagram, Twitter and YouTube.