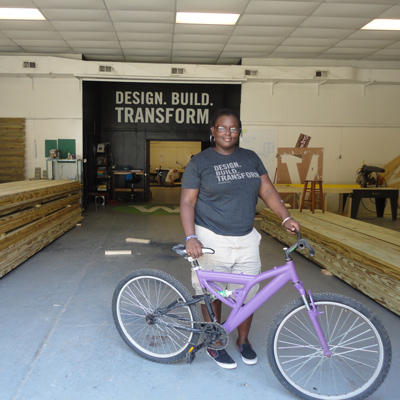 Park City, UT — Sundance Institute and the President’s Committee on the Arts and the Humanities announced today that Film Forward: Advancing Cultural Dialogue will host free screenings of eight films with moderated discussions, panels and artist roundtables in Taipei, Taichung and Taitung, Taiwan. For a full schedule of events, venues and partners in Taiwan visit sundance.org/filmforward.

Film Forward, a partnership of Sundance Institute and four U.S. federal cultural agencies, is a touring program that offers film screenings, workshops and discussions designed to foster dialogue and cross-cultural understanding. It uses the power of cinema to promote broader cultural understanding, inspire curiosity and enhance awareness of shared stories and values across generations, religion, ethnicity and borders.

Common themes explored in the films traveling with the program include acceptance, overcoming adversity and the transformative power of art.  In each location, Film Forward seeks audiences that have limited access to independent film, students and the local filmmaking community.  The program in Taiwan will focus on the impact of modernization and tradition, the power of alternative education and community awareness, and the role and challenges facing girls and women in society.

“These films explore universal themes that we hope will inspire audiences to look at their community and our world in a new way,” said Keri Putnam, Executive Director of Sundance Institute.  “Film Forward uses the powerful medium of film and storytelling to bring people of different cultures, viewpoints, and backgrounds together in a shared dialogue.”

“Film Forward empowers filmmakers and audiences to talk about a range of ideas, perspectives and issues that affect all of us – whether we are in Mississippi or Taiwan,” said Rachel Goslins, Executive Director of the President’s Committee on the Arts and the Humanities.  “Just as President’s Committee honorary Chair Michelle Obama made it a priority to reach out and engage young people on her recent trip to China,  Film Forward is excited to engage youth wherever the program goes, particularly in rural Taiwan.”

“The World Before Her examines the contradictory messages young girls are receiving in India about what the future holds for them,” said filmmaker Nisha Pahuja. “Audiences around the world – not just women – can relate the struggle of what defines beauty and how to adapt to a modern world while not losing site of longstanding traditions. I look forward to the shared discussion around this film and hope audiences find similarities that will help make their world more nuanced.”

CNEX Foundation
CNEX Foundation, established in 2006, is considered the first non-profit organization dedicated to promoting the development of independent documentaries on the Chinese mainland, Hong Kong & Taiwan. CNEX aims to facilitate cultural exchange between Greater China and the rest of the world through supporting documentaries depicting contemporary stories of the people of Chinese ethnicity, their living and their society.  It sponsors 8 to 10 independent Chinese documentaries that follow its annual theme, each of which receives financial aid, content creation and production supports. CNEX itself serves as the producer, inviting renowned directors and scholars from home and abroad to advise the filmmakers. CNEX host annually a documentary film festival and a pitching forum CNEX Chinese Documentary Forum (CCDF) in Taipei.  This is the second year CNEX will partner with Film Forward in Taiwan.