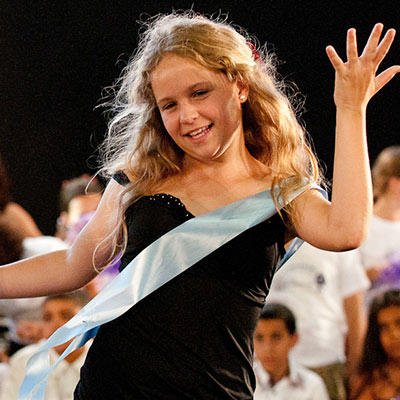 Park City, UT — Sundance Institute and the President’s Committee on the Arts and the Humanities announced today that Film Forward: Advancing Cultural Dialogue will host free screenings of eight films with moderated discussions, panels and artist roundtables in San Diego, California. For a full schedule of events in California visit sundance.org/filmforward and to view content from past trips visit sundance.org/video/playlists/film-forward/. Over the past three years Film Forward has reached more than 46,000 people in more than 11 countries and 12 US cities.

Film Forward, a partnership of Sundance Institute and four U.S. federal cultural agencies, is a touring program that offers film screenings, workshops and discussions designed to foster dialogue and cross-cultural understanding. It uses the power of cinema to promote broader cultural understanding, inspire curiosity and enhance awareness of shared stories and values across generations, religion, ethnicity and borders. The partnering federal agencies are the President’s Committee on the Arts and the Humanities, National Endowment for the Arts, National Endowment for the Humanities and The Institute of Museum and Library Services.

Common themes explored in the films include tolerance, overcoming adversity and the transformative power of art. The program in San Diego will focus on communities in conflict and the unique circumstance of living with boundaries and borders.    In each location, Film Forward seeks audiences that have limited access to independent film, students and the local filmmaking community.

“FILM FORWARD uses the powerful medium of film and storytelling to bring people of different cultures, viewpoints, and backgrounds together in a shared dialogue,” said Keri Putnam, Executive Director of Sundance Institute. “We are pleased to present Film Forward in collaboration  with Museum of Photographic Arts and look forward to the discussion that the films will stimulate with the audiences.

“Dancing In Jaffa is about defying expectations and believing that change is possible,” said filmmaker Hilla Medalia. “No matter where the film is shown audiences around the world will relate to the common themes and issues expressed by the students.  I am excited to engage audiences in dialogue in San Diego and see if my film can challenge audiences to see their community in a new way.”

“On behalf of the National Endowment for the Arts, I am pleased to support these Film Forward activities,” said Joan Shigekawa, Senior Deputy Chairman of National Endowment for the Arts.” Given its location, San Diego is the perfect city to host a conversation around Dancing in Jaffa and Circles and their central themes of reaching across borders and boundaries. It is an exciting opportunity for audiences and filmmakers to connect, listen, and learn.”

“The Museum of Photographic Arts is excited to be a partner with Film Forward because we believe in the power of high quality independent film to promote dialogue on a global scale,” said Deborah Klochko, Executive Director of The Museum of Photographic Arts. “San Diego is the ideal location for this collaboration because of the diverse cultural groups in such a small region. We share a border with Mexico and San Diego has the largest refugee population in the United States; we are a microcosm of world issues.”

The Institute of Museum and Library Services is the primary source of federal support for the nation’s 123,000 libraries and 17,500 museums. The mission of IMLS is to inspire libraries and museums to advance innovation, lifelong learning, and cultural and civic engagement. The agency’s grant making, policy development, and research help libraries and museums deliver valuable services that make it possible for communities and individuals to thrive. To learn more, visit imls.gov and follow @US_IMLS on Twitter and on Facebook.