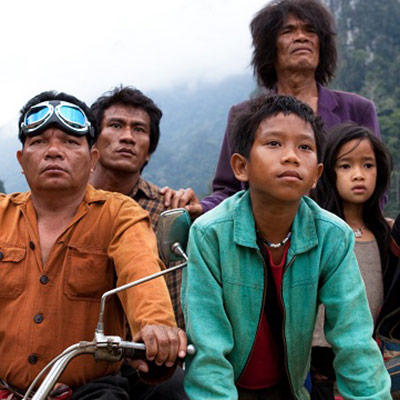 Park City, UT — Sundance Institute and the President’s Committee on the Arts and the Humanities announced today that Film Forward: Advancing Cultural Dialogue will host free screenings of eight films with moderated discussions, panels and artist roundtables in Harrisburg, Lancaster, Centre County and Philadelphia, Pennsylvania. For a full schedule of events in Pennsylvania visit sundance.org/filmforward.  To view content from past trips visit sundance.org/video/playlists/film-forward/. Over the past three years Film Forward has reached more than 46,000 people in more than 11 countries and 12 US cities.

Film Forward, a partnership of Sundance Institute and four U.S. federal cultural agencies, is a touring program that offers film screenings, workshops and discussions designed to foster dialogue and cross-cultural understanding. It uses the power of cinema to promote broader cultural understanding, inspire curiosity and enhance awareness of shared stories and values across generations, religion, ethnicity and borders. The partnering federal agencies are the President’s Committee on the Arts and the Humanities, National Endowment for the Arts, National Endowment for the Humanities and The Institute of Museum and Library Services.   The 2014 season of Film Forward will reach over 10,000 people through international (Mexico, Taiwan, China, Bosnia & Herzegovina and Indonesia) and domestic locations (California, Michigan, Mississippi and Pennsylvania).

Common themes explored in the films include acceptance, overcoming adversity and the transformative power of art.  In each location, Film Forward seeks audiences that have limited access to independent film, students and the local filmmaking community. The program in Pennsylvania will focus on communities in transition and the empowerment of community engagement.  The program will host workshops featuring both filmmakers.

“Storytelling through film illuminates different ways of thinking and brings about understanding of new cultures,” said Keri Putnam, Executive Director of Sundance Institute. “We look forward to showing these films in libraries, schools and film centers in Pennsylvania, which will inspire a dynamic exchange of ideas among the filmmakers and attendees.”

“Libraries strengthen communities by bringing people together to a safe place where they can connect, exchange ideas, and explore new worlds.  They are a perfect venue for the thought-provoking films presented through Film Forward,” said Susan H. Hildreth, Director of the Institute of Museum and Library Services. “We applaud the State Library of Pennsylvania for connecting 22 public libraries with Film Forward and encouraging a statewide dialogue on cultural understanding.”

“The Rocket is a deeply personal story about the determination of a boy who has the odds stacked against him,” said filmmaker Kim Mourdaunt. “No matter where the film is shown, audiences around the world can relate to the boy’s struggles and hopefully find some inspiration in his perseverance. I am excited to engage audiences in Pennsylvania and to hear different reactions to the film and how their stories might have parallels to Ahlo and his family.”

The Institute of Museum and Library Services is the primary source of federal support for the nation’s 123,000 libraries and 17,500 museums. The mission of IMLS is to inspire libraries and museums to advance innovation, lifelong learning, and cultural and civic engagement. The agency’s grant making, policy development, and research help libraries and museums deliver valuable services that make it possible for communities and individuals to thrive. To learn more, visit imls.gov and follow @US_IMLS on Twitter and on Facebook.