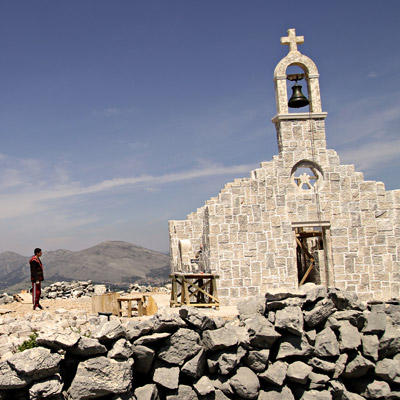 Park City, UT — Sundance Institute and the President’s Committee on the Arts and the Humanities announced today that Film Forward: Advancing Cultural Dialogue will host free screenings of eight films with moderated discussions, panels and artist roundtables in Jakarta, Yogyakarta, Denpasar, Banjarmasin and Palangkarya.  Sundance Channel Global is a supporter of the Film Forward program in Indonesia which is hosted by the U.S. Embassy in Indonesia.  For a full schedule of events and venues in Indonesia visit sundance.org/filmforward.

Film Forward, a partnership of Sundance Institute, the President’s Committee and three U.S. federal cultural agencies, is a touring program that offers film screenings, workshops and discussions designed to foster dialogue and cross-cultural understanding. It uses the power of cinema to promote broader cultural understanding, inspire curiosity and enhance awareness of shared stories and values. .

The program in Indonesia will focus on the contribution of women to arts and culture, the tradition of storytelling through music, communities in conflict and what it means to be a hero. Common themes explored in the films traveling with the program this year include acceptance, overcoming adversity and the transformative power of the arts to heal and bridge differences.  In each location, Film Forward seeks to engage audiences that have limited access to independent film, and artists.  .

“Film Forward uses the powerful medium of film and storytelling to bring people of different cultures, viewpoints, and backgrounds together in a shared dialogue,” said Keri Putnam, Executive Director of Sundance Institute.  “We are thrilled to travel to Indonesia for the first time and engage in conversation about the issues that connect us all.”

“Film Forward empowers filmmakers and audiences to talk about a range of ideas, perspectives and issues that touch all of us – whether we are in Mississippi or Indonesia. Just as President’s Committee Honorary Chair Michelle Obama made it a priority to reach out and engage young people on her recent trip to China, “Film Forward is excited to engage youth wherever the program goes, particularly in Indonesia,” says Rachel Goslins, President’s Committee executive director.

“Circles is a story that shows the scars of war and the complicated implications of making decisions based on one’s morals,” said filmmaker Srdan Golubovic. “Audiences around the world can relate the struggle of following your heart and what it means to truly be a hero in your everyday life. I look forward to the shared discussion around this film and hope audiences find similarities that will help make their world more nuanced.”