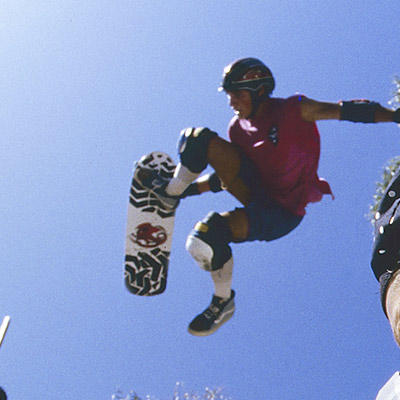 Los Angeles, CA — Sundance Institute and the President’s Committee on the Arts and the Humanities announced today that FILM FORWARD: Advancing Cultural Dialogue will host free screenings of eight films with moderated discussions, panels and artist roundtables in Bosnia and Herzegovina. FILM FORWARD will collaborate with the U.S. Embassy in Sarajevo and Deblokada, a Bosnian-based artist association supporting creative potential through film,  theatre and mixed media art forms. Filmmakers traveling with the program are Musa Syeed (Valley of Saints)  and Stacy Peralta (Bones Brigade: An Autobiography). For a full schedule of events in Bosnia and Herzegovina visit sundance.org/filmforward and to view content from past trips visit sundance.org/video/playlists/film-forward/.

FILM FORWARD, a partnership of Sundance Institute and four U.S. federal cultural agencies, is a touring program that offers film screenings, workshops and discussions designed to foster dialogue and cross-cultural understanding. It uses the power of cinema to promote broader cultural understanding, inspire curiosity and enhance awareness of shared stories and values across generations, language, education and borders. The federal partners include the President’s Committee on the Arts and the Humanities, National Endowment for the Arts, National Endowment for the Humanities and The Institute of Museum and Library Services.

“Collaborating with the U.S. Embassy in Sarajevo and an organization like Deblokada offers us the opportunity to connect with international artists committed to encouraging civic engagement and global dialogue through storytelling,” said Keri Putnam, Executive Director of Sundance Institute. “We are honored to present FILM FORWARD in Bosnia and Herzegovina and to use film as a powerful medium that brings people of different cultures, viewpoints, and backgrounds together in a shared dialogue.”

“Bones Brigade: An Autobiography goes beyond skateboarding to reflect on what it means to be part of a family, the power of ambition and coming of age,” said director Stacy Peralta. “Skateboarding, just like film, can encourage people around the world to break down barriers and recognize similarities in us all.”

“Valley of Saints allows audiences around the world to discuss and reflect on their notions of home, from environmental responsibility to cultural identity,” said director Musa Syeed. “I am excited to meet with audiences in Bosnia and Herzegovina through FILM FORWARD and start global dialogue around these universal themes.”