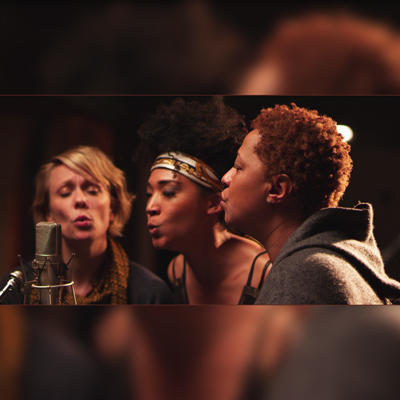 Park City, UT — Sundance Institute and the President’s Committee on the Arts and the Humanities announced today that Film Forward: Advancing Cultural Dialogue will host free screenings of eight films with moderated discussions, panels and artist roundtables in Sarajevo, Zenica, Zavidovici, Banja Luka, Doboj and Brcko; Bosnia and Herzegovina. For a full schedule of events and venues in Bosnia and Herzegovina visit sundance.org/filmforward.

Film Forward, a partnership of Sundance Institute and four U.S. federal cultural agencies, is a touring program that offers film screenings, workshops and discussions designed to foster dialogue and cross-cultural understanding. It uses the power of cinema to promote broader cultural understanding, inspire curiosity and enhance awareness of shared stories and values across generations, religion, ethnicity and borders.

The program in Bosnia and Herzegovina will focus more specifically on what happens to communities and families displaced by war, globalization and challenging economic circumstances.  Discussions will also encourage dialogue around feminism and the meaning of success. Film Forward seeks audiences that have limited access to independent film, students and the local filmmaking community.

“Film Forward uses the powerful medium of film and storytelling to bring people of different cultures, viewpoints, and backgrounds together in a shared dialogue,” said Keri Putnam, Executive Director of Sundance Institute.  “The opportunity to connect with audiences in Bosnia and Herzegovina through Film Forward for  a second year provides an invaluable moment for creative cultural exchange.”

“Film Forward empowers filmmakers and audiences to talk about a range of ideas, perspectives and issues that affect all of us – whether we are in Mississippi or Banja Luka,” said Rachel Goslins, Executive Director of the President’s Committee on the Arts and the Humanities.  “Just as President’s Committee honorary Chair Michelle Obama made it a priority to reach out and engage young people on her recent trip to China. Likewise, Film Forward is excited to return to Bosnia-Herzegovina and continue our conversation with young audiences.”

“Twenty Feet From Stardom  is a story for anyone who has felt marginalized by societal norms or thinks their voice cannot truly be heard,” said Oscar-winning filmmaker Caitrin Rogers. “Audiences around the world – not just singers – can relate to the struggles and sacrifices it takes to chase a life-long dream. I look forward to the shared discussion around this film and hope audiences in Bosnia and Herzegovina find similarities that will help make their world more nuanced.”