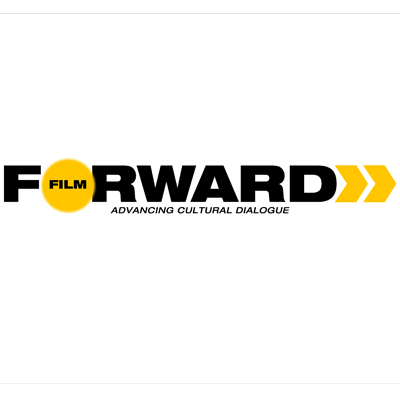 NAIROBI, KENYA (July 6, 2011) — Film Forward: Advancing Cultural Dialogue, a Sundance Institute initiative created in partnership with U.S. federal cultural agencies, will be presented in Kenya July 15-25, in conjunction with FilmAid and supported in part by the Embassy of the United States, Nairobi, Kenya, it was announced today by Keri Putnam, Executive Director of Sundance Institute.

The Film Forward program in Kenya will present a broad spectrum of screenings and workshops geared to various communities in Nairobi, including Kibera and Mathare, as well as the Kakuma Refugee Camp and Dadaab Refugee Camp, home to more than 370,000 refugees. An additional screening will take place in Mombasa. Various creative workshops will include a screenwriting and directing workshop and a youth workshop focusing on storytelling and narrative techniques in film. Sundance Institute staff will represent the initiative and with Film Forward filmmakers will engage in dialogue with audiences around the core cultural issues in the films in select Nairobi locations, Mombasa and the Kakuma Refugee Camp.

“I can’t think of a better organization for Film Forward to partner with in Africa than FilmAid,” commented Putnam. “Their outreach to refugee communities around the world effectively frames our goal to bring films to under-served audiences. The Sundance Institute Theatre Program has had a presence in Kenya for a number of years and we are thrilled to bring Film Forward to the country as well.”

A joint venture of Sundance Institute and the President’s Committee on the Arts and the Humanities (PCAH) in cooperation with USA federal cultural partners, the National Endowment for the Arts (NEA), National Endowment for the Humanities (NEH) and the Institute of Museum and Library Services (IMLS), Film Forward connects contemporary U.S. and international films and filmmakers with diverse global audiences and features documentary and narrative films. Film Forward mirrors the diversity of backgrounds and viewpoints it promotes, underscoring the importance of mutual understanding and respect for other cultures and traditions that is at the heart of cultural exchange.

The Film Forward program in Kenya is working in partnership with the FilmAid Film Festival, which showcases films produced by refugee filmmakers in Kenya through FilmAid’s participatory video programs.

A full schedule of screenings and events is available at www.sundance.org/filmforward.

FilmAid International
FilmAid International uses the power of film and video to reach the world’s most vulnerable communities with messages that inspire them, address their critical shared needs, and effect social change. FilmAid has been active in Kenya since 2001, when programs were launched at the Kakuma Refugee Camp. In 2006 FilmAid expanded Kenyan operations to Dadaab – the largest refugee camp in the world and currently home to more than 350,000 people. FilmAid also works throughout Kenya, particularly in Nairobi’s slums and informal settlements, to empower communities to tell their own stories through film and work towards positive development. www.filmaid.org

A Small Act / USA (Director: Jennifer Arnold) — A young Kenyan’s life changes dramatically when his education is sponsored by a Swedish stranger. Years later, he founded his own scholarship program to replicate the kindness he once received.

Afghan Star / Afghanistan/UK (Director: Havana Marking) — After 30 years of war and Taliban rule, Pop Idol has come to television in Afghanistan: millions are watching and voting for their favorite singer. This film follows the dramatic stories of four contestants as they risk their lives to sing.

Boy / New Zealand (Director and screenwriter: Taika Waititi) — When his father returns home after many years away, 11-year-old Boy and his little brother Rocky must reconcile reality with the fantasy dad they created in their imagination. Cast: Taika Waititi, James Rolleston, Te Aho Eketone.

Last Train Home / Canada (Director: Lixin Fan) — Getting a train ticket in China proves a towering ordeal as a migrant worker family embarks on a journey, along with 200 million other peasants to reunite with their distant family.

Udaan / India (Director Vikramaditya Motwane; Screenwriter: Motwane) — Following his expulsion from boarding school, Rohan returns to the small industrial town of Jamshedpur. After 8 years away, he finds himself closeted with an authoritarian father and a younger half brother whom he didn’t even know existed. Udaan explores deep-rooted family dynamics and a triumph of the human spirit.
Cast: Rajat Barmecha, Ronit Roy, Aayan Boradia, Ram Kapoor.