A Fond Farewell from Bird Runningwater, Reflecting on 20 Years at the Sundance Institute 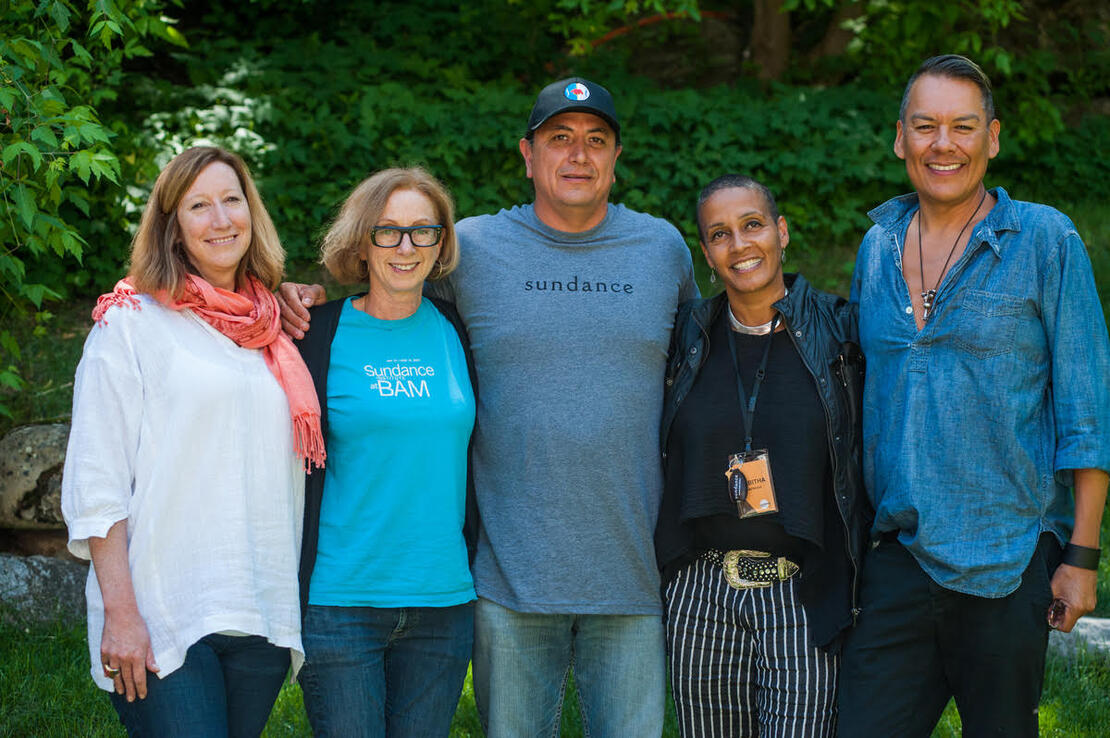 “This home has come to an end; it’s time to move to the next home.” — Mescalero Apache ceremonial song

During my 20 years at the Sundance Institute, I’ve tried to imbue my work with inflections of my own Cheyenne and Mescalero Apache cultures. I saw the work of supporting Indigenous artists as a ceremony of transitioning storytellers into their full potential, much like my Mescalero community does when we ritually sing our young women into womanhood and into our matriarchy. I’ve always believed our artists needed a culturally grounded support model in order for their stories to become their strongest and to make the long journey to the screen. It seems to have worked, launching so many careers and creating a body of work that previously didn’t exist.

Now that our #IndigenousFilm community is creating great momentum in cinema and now episodic forms, I feel it is time for me to leave the Institute to produce my own projects. I will join our storytelling community in a new role, giving more weight to our endeavor to tell stories from our own perspectives and in our own words, which are finally being presented across screens in the U.S. and around the world.

When I arrived at the Institute in 2001, Sundance had already supported two generations of artists through the work of the first two Native Program staffers, Stephen Lewis and Heather Rae. They built a sturdy community supporting the early works of the founders of a Native American film movement. This investment built on the earlier work of our founder, Robert Redford, extending from when he personally supported Native filmmakers before he started the Institute. He also made sure to include Native filmmakers at the founding meetings of the Institute and in our first labs.

When I began my tenure as a programmer for the Institute’s Native Program in 2001, I joined the decision-making rooms of Artist Programs Founding Director Michelle Satter and then–Festival Director Geoff Gilmore. This is where I learned the heart and spirit of supporting artists in the Sundance tradition. I worked on Institute labs and the Festival, bringing Native artists in for support, for development, and for Festival premieres. During those early years, this work was done often in the face of significant disinterest from the industry, but Sundance’s commitment remained steady.

When we first began expanding internationally, I curated a black-and-white short from Aotearoa/New Zealand. The film went largely unnoticed, even with the platform of the Festival, until it began winning awards around the world; it was eventually nominated for an Oscar for Best Live Action Short Film in 2005. That film, Two Cars One Night, was made by a visionary new voice: Taika Waititi. We all are excited by his impact on storytelling, and, of course, his recent Oscar win for Best Adapted Screenplay for Jojo Rabbit.

Over the years, some artists went on to be supported by other Institute labs, and others carried on, on their own path, always with the Indigenous Program’s ongoing support. Through the years, the NativeLab shifted with the needs of a growing community working in fiction films, feature documentaries, short films, and, more recently, episodic works. During my time at Sundance, 154 Indigenous filmmakers have been mentored and supported through Sundance labs, grants, and fellowships. More than 119 films written, directed, and produced by Indigenous filmmakers have been curated to premiere at the Festival. Over the past 10 years alone, the Institute has welcomed artists representing close to 100 different Indigenous nations from around the world into its programs.

On set during at the NativeLab. © Sundance Institute

One of my earliest partners in guiding these artists was the late Merata Mita, the first Indigenous woman to solely direct a narrative feature, who served as the artistic director of the NativeLab from 2002–2010. Through our mentoring of our Indigenous filmmakers, we encouraged the expansion of ideas of what Indigenous cinema could be. We pushed form and aesthetics, expanding the Indigenous cinematic language. Sadly, Merata passed away in 2010, we lost other filmmakers along the way — Phil Lucas, Clint Star, Samantha Saunders, and, most recently, Bennie Klain.

Invisibility has always been the challenge in getting Indigenous work made and seen. Illuminative has found in its research and data that nearly 80 percent of Americans do not know that Native Americans exist today. This is due to the failure of the American educational system, which has taught that we only existed prior to the 1900s, and to our general invisibility in American media. I have to uphold the water protectors and land protectors who have been putting their lives on the line historically — and still do — protecting natural resources and Indigenous lands from exploitation. Standing Rock created visibility in the news and a reminder along the way that Native peoples still exist in modern times. The racial reckoning spurred by George Floyd’s murder and the rise of the Black Lives Matter movement allowed for the uplifting of BIPOC stories and storytellers.

In 2010, I was called upon by our then–incoming CEO, Keri Putnam, to collaborate in bringing the strategies implemented in the Indigenous Program to the creation of a new Outreach & Inclusion Program. And in the past few years, I’ve overseen our new Racial Equity strategies, building on Sundance’s founding inclusion of Indigenous filmmakers at its incorporation. No other large American arts institution has such a foundation of including Indigenous artists from its beginning. I’m proud to have helped build a fledgling program into a major force in the industry and around the world. The Indigenous Program is a safe haven for Indigenous artists to flourish and build a supportive community telling innovative and untold stories of resilience, reality, humor and triumph.

One of my greatest accomplishments has been for us as an Institution to publicly acknowledge the ancestral keepers of the lands where we host our labs and Festival, the Ute Tribal Nation. This acknowledgement has become a newfound tradition before every film screening and public event at our Festival. We have also begun to acknowledge the ancestral keepers where we have offices, in New York on Lenape lands, and in Los Angeles on Tongva territory.

What’s next? I’ve decided it’s time to move to the next home. Starting October 4, Indigenous Program staffer Adam Piron will become the interim director of the Indigenous Program, and all of the programs I lead will be in good hands. More details will be forthcoming about my producing news. I want to help ensure the moment our Indigenous artists are experiencing is a lasting one that will forever change our storytelling landscape and culture and secure a place for Indigenous voices on our screens across the country and around the world.