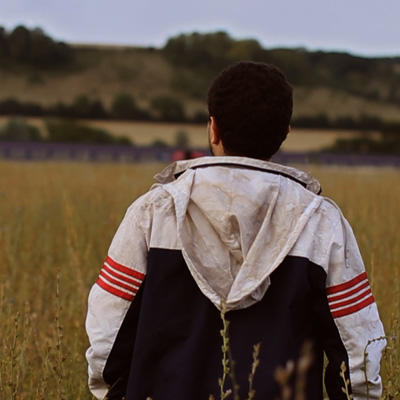 London, 20 April 2012 — Extranjero, a five-minute film from Daniel Lumb and Crinan Campbell, was announced today as the winner of the Short Film Competition at the first-ever Sundance London film and music festival, 26-29 April at The O2. The film will screen as part of the official Short Film programme at the festival and is available for immediate viewing online.

Extranjero, shot over just two days, gives the viewer a unique and unusual take on immigration as it follows a refugee trying to run from his past as well as the confusion in his own mind. Lumb, 32, from north London, and Campbell, 31, also from north London, met as flat mates six years ago and submitted the short film after friends encouraged them to.

Launched in November 2011, the Short Film Competition, a collaborative effort with the Royal Borough of Greenwich and Ravensbourne, invited UK-based filmmakers to enter original pieces between three and five minutes in length around the theme ‘Story of Our Time.’ In addition to Extranjero, finalists for the competition were: Bonsai, by Ben Williams; Two Doors Down, by Scott Ward; The Story of Our Time, by Sam Gould; and This Film Was Shot on Digital, by Ian Waldron Mantgani.

Lumb said:  “Extranjero is quite an experimental film.  We wanted to comment on people you don’t really know about, and Extranjero was the result.  Winning the competition is a dream for both us.  As film geeks it’s amazing to be associated with Sundance.”

Trevor Groth, Director of Programming for the Sundance Film Festival, said: “The jury was struck by the high level of craft and ingenuity in the submissions.  Filmmakers embraced the theme ‘Story of Our Time’ and created wonderfully diverse and entertaining films. Ultimately the jury selected Extranjero for its commanding cinematic storytelling and arresting visuals that offer an alternate perspective on an imperative global issue.”

Chris Roberts, Leader of Greenwich Council added:  “We are delighted to support Sundance London, and this competition will help showcase our local filmmakers to the world. The Royal Borough of Greenwich has a wealth of locations that includes everything from industrial warehouses, the largest expanse of parkland in London, historic buildings and a wealth of riverfront locations. The rich diversity of locations makes Royal Greenwich an ideal backdrop to film and have attracted productions as diverse as Children of Men and Pirates of the Caribbean.”

Previously announced events and performances for Sundance London include: a rare intimate concert performance by Placebo; Tricky and Martina Topley-Bird performing Maxinquaye; a performance by Rufus and Martha Wainwright following the world premiere of Lian Lunson’s film about the music of their mother, folk singer Kate McGarrigle; and screenings of 14 feature-length and eight short films from the 2012 Sundance Film Festival in Park City, Utah, U.S.A.

All photos are copyrighted and may be used by press only for the purpose of one-time reproduction. Unauthorized use, alteration or reproduction of photographs is strictly prohibited.