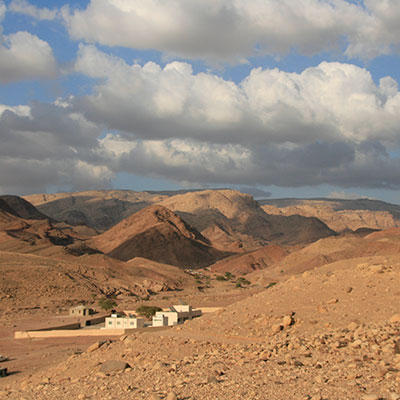 Los Angeles, CA — Screenwriting fellows for the eighth edition of the Rawi Screenwriters Lab were announced today by The Royal Film Commission-Jordan and Sundance Institute. The Rawi Screenwriters Lab is an example of Sundance Institute’s longstanding international work to support emerging filmmakers around the world. Former Rawi Fellows include Cherien Dabis (Amreeka), Mohammed Al Daradji (Son Of Babylon) and Sally El Hosaini (My Brother The Devil).

Launched in 2005, the Lab is led by the Royal Film Commission of Jordan (RFC), under the leadership of Deema Azar, in consultation with Sundance Institute’s Feature Film Program, under the direction of Michelle Satter. The Lab provides an opportunity for filmmakers from the region to develop their work under the guidance of accomplished Creative Advisors—this year including Athina Rachel Tsangari (Attenberg), Henry Bean (The Believer), So Yong Kim (Treeless Mountain), Bernd Lichtenberg (Goodbye Lenin!) and Katherine Dieckmann (Motherhood)—in an environment that encourages storytelling at the highest level.

George David, General Manager of the RFC, said, “It makes us very proud to be organizing the eighth round of the Rawi Screenwriters Lab again this year in consultation with Sundance Institute. The Lab is gaining momentum and receiving increased regional and international acclaim, with more and more projects developed through the Lab and being awarded internationally. The caliber of this year’s selected projects will certainly have an impact on the regional filmmaking scene, at a time when cinema in the region is attracting worldwide attention with all the changes that have been taken place recently and are often reflected in cinematic works.”

Paul Federbush, International Director of the Sundance Institute Feature Film Program, said, “We’ve had the privilege to help give voice to some extraordinary new filmmakers in the region over our eight-year partnership with the RFC. This year’s Fellows continue in that tradition and bring a diverse range of stories that we believe will resonate with audiences around the world.”

Daughters of Abdel Rahman by Zaid Abu Hamdan (Jordan)
Years after running away from their oppressive past, four estranged sisters have to join forces to find their suddenly missing father.

Zaid Abu Hamdan holds an MFA from the New York Film Academy in Hollywood California, and a BA in Communication Arts from the Lebanese American University in Beirut. In 2009, Zaid established his company Zaha Productions, producing 5 award winning short films in both the US and the Gulf. His debut film Baram & Hamza won International awards and distribution in the US and Europe. His other films include Love…Older (of 2 parts) and the 2012 Oscar-qualified film Bahiya & Mahmoud, after winning “Best of Fest” at the Palm Springs Int. Shortfest.  Zaid is currently developing his first feature film Daughters of Abdul-Rahman, which has been selected for The Doha Film Institute, the Torino Film Lab, the Royal Film Commission of Jordan and other international film organizations.

Via Dolorosa by Sobhi Al Zubaidi (Palestine)
A Palestinian man is released after 20 years in Israeli prisons and is united with his family, only to face new challenges in life after Oslo in the West Bank.

Sobhi al-Zobaidi is a Palestinian ﬁlmmaker (My Very Private Map, Women in the Sun, Light at the End of the Tunnel, Hawal, Crossing Kalandia, About the Sea). His ﬁlm projects have received awards and recognition from institutions including Hubert Bals Fund, Rotterdam Flm Festival, Locarno Flm Festival, Goteborg Flm Festival and Abu Dhabi Flm Festival. His current project, Via Dolorosa, is a feature ﬁlm that has received development support from AFAC and Abu Dhabi Film Festival (SANAD).

Trees Also Die by Rabih El Amine (Lebanon)
A young mother and her child decide to isolate themselves from the outside world in a delirious attempt to flee the war and to escape their fate.

Born in 1974, Rabih EL-Amine is a Lebanese-Canadian photographer, screenwriter and filmmaker based in Montreal. He holds a BA in Communication Arts (Radio/TV/Films). His first documentary Ahmad the Japanese screened at various festivals and won a jury prize in Docudays. Trees Also Die is his first feature film project.

Noor by Mustafa Shakarchi (Iraq)
Inspired by a true story, a 10-year-old Palestinian girl dreams of a normal childhood—to go to school and make friends. But her caretaker Aunt forces her to work in the streets selling novelty items.

Born in Baghdad, Iraq and raised in Southern California, Mustafa is a co-founder of TruArt Pictures, an independent production company. Noor is his first feature film.

Crescent Moon by Naz Sadoughi (Iran)
Ignorance is bliss, but knowledge is freedom, and Ebby is suddenly forced to test the limits of his loyalties – either remain faithful to the regime and his corrupt paymasters, or to his conscience and feelings for the man he’s spying on.

Naz Sadoughi is an Iranian screenwriter. Born in Tehran she moved to the UK with her parents in 1978. Initially trained as an Illustration and animation artist she moved into live action film-making in 1999 and began working as a commercials director in the UK and throughout Europe. In 2004 she set up a production company where she produced and directed short documentaries for the Discovery Channel. In 2011 Naz completed an MA in screenwriting at The LCC, University of the Arts London.

I Am Nojood by Khadija Al-Salami (Yemen)
Ignorance and poverty force a ten -year old girl, Nojood, to endure an outrageous experience when she is forced to marry a thirty-year-old man. Unable to accept this fate others have chosen for her, Nojood does the unthinkable: she asks for a divorce.

Khadija Al-Salami gained her independence at an early age when her family forced her into an early marriage at the age of 11. In order to escape family pressure and tradition, she found a job at the local TV station in the afternoons, while pursuing her studies in the mornings. She earned a scholarship at 16 years of age to the United States, where she studied film-making. Her first film, for her thesis, was about women in Yemen.  Khadija is Yemen’s first woman film-maker, and has made some over 20 documentaries for various TV stations in France and Yemen and received several awards at various film festivals worldwide. With her husband, she has written a book, The Tears of Sheba, about her experiences growing up in Yemen.   She was, until 2011, the Press Counselor and Director of the Communication and Cultural Center at the Embassy of Yemen in Paris.

Two Rooms & a Parlor by Mohamed Salah El Azzab & Sherif Bendari (Egypt)
Khalil has spent his life living the routine of a low profile employee. When he finds himself alone after the death of his wife Ihsan, Khalil decides to discover the world outside of his little house and life beyond its ordinary details.

Born in Cairo 1981, novelist and journalist and scriptwriter Mohammad El Azzab has four novels which are: A Long Cellar with a Low Ceiling making you Crouch, Repeated Stoppingwas, Tales of Sidi Barrani  and The Italian’s Bed.  Also a collection of short stories, Blue In a Sad Way. El Azab, has won several literary Egyptian and Arabian awards. He wrote the screenplay films: Repeated Stoppingwas and Two-Bedroom Apartment, which was awarded best screenplay in Sawiris awards in Egypt in 2011.

Until the End of Time by Yasmine Chouikh (Algeria)
As they slowly approach the hour of their death, Ali and Joher, both in their seventies, meet and discover love, friendship and the happiness of living the joys of life together.

Born in 1982 in Algiers, Yasmine Chouikh studied human arts and sciences, graduate in psychology and educational sciences. She worked as an actress in La Citadelle (1987) by Mohamed Chouikh, in a television film by Djamel Bendedouch in 1990, then in Hamlet of Women (2004) by Mohamed Chouikh. She wrote in the cultural page of the daily newspaper l’Autentique and works as a journalist as well as presenting a cinematographic television program on the national Algerian television since 2005. She has written some shorts film scripts, and directed two of them, The Door and the djinn. She is the art director of the International Taghit.

The eighth annual Rawi Screenwriters Lab of The Royal Film Commission-Jordan is presented in consultation with Sundance Institute and made possible in part by a grant from the Doris Duke Foundation for Islamic Art.