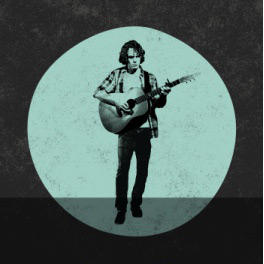 LOS ANGELES — Sundance Institute today announced that 13 independent films are now available through a variety of platforms to rent, download or stream via the Institute’s Artist Services program. Titles include 2012 Sundance Film Festival films Detropia, I Am Not a Hipster, The Atomic States of America, and We’re Not Broke. For full details on where to access these films, please visit sundance.org/nowplaying. (The complete list of new titles available follows below.)

“With the proliferation of new digital outlets these days, Sundance Institute saw a real need to help filmmakers and producers easily access these platforms and to provide information on how best to navigate and take advantage of independent distribution,” said Keri Putnam, Executive Director, Sundance Institute. “ It’s exciting to see these filmmakers charting their own path towards finding audiences.”

In addition, to making it easier for audiences to find Sundance Institute and Film Festival films all year long, this year’s online film guide and mobile app for the 2013 Sundance Film Festival includes a new feature from GoWatchIt.com which creates a universal ‘queue’ so fans can be notified as soon as films they are interested in become available in the marketplace. Sundance Institute has also installed GoWatchIt on the Now Playing page (www.sundance.org/nowplaying) for the titles accessing distribution through its Artist Services.

Look for the Artist Services films on iTunes, Amazon Instant Video, Hulu, Microsoft Xbox, Netflix, SnagFilms, Sony Entertainment Network, SundanceNOW, VUDU and YouTube. Special bonus video content from the Institute’s archives is available for select titles. The Artist Services program provides Institute artists with exclusive opportunities for creative self-distribution, marketing and financing solutions for their work. New Video, a Cinedigm company, is the exclusive aggregation partner for distribution across all portals in the program. The Artist Services initiative is made possible by The Bertha Foundation. These deals were brokered via pro bono legal services generously provided by law firm O’Melveny & Myers, which has built the legal framework for the Artist Services program and participating filmmakers since its inception.

The Sundance Institute
The Sundance Institute is a global nonprofit organization founded by Robert Redford in 1981. Through its artistic development programs for directors, screenwriters, producers, composers and playwrights, the Institute seeks to discover and support independent film and theatre artists from the United States and around the world, and to introduce audiences to their new work. The Institute promotes independent storytelling to inform, inspire, and unite diverse populations around the globe. Internationally recognized for its annual Sundance Film Festival, Sundance Institute has nurtured such projects as Born into Brothels, Trouble the Water, Son of Babylon, Amreeka, An Inconvenient Truth, Spring Awakening, I Am My Own Wife, Light in the Piazza and Angels in America. Join Sundance Institute on Facebook, Twitter and YouTube.