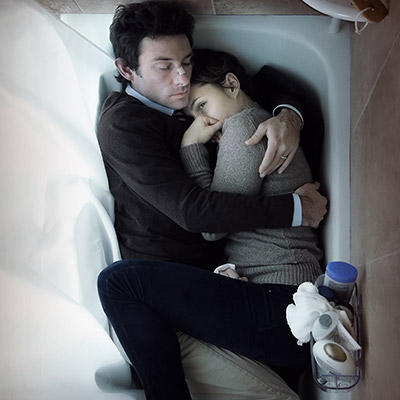 Upstream Color Makes its Digital Premiere May 7 documentaries about the experiences of motherhood for Mother’s Day. In addition to appearing on the Institute’s Now Playing page, themed collections will be highlighted on GoWatchIt.

Birth Story: Ina May Gaskin and the Farm Midwives, Code of the West and One Mile Away are the first films making their digital premieres as part of a new collaboration between Artist Services and partner organizations The Bertha Foundation, BRITDOC, Cinereach, Film Independent, Independent Filmmaker Project and the San Francisco Film Society.

Upstream Color, from award-winning director Shane Carruth, makes its digital debut on May 7, following a theatrical run beginning April 5. The film, which premiered in competition at the 2013 Sundance Film Festival and won the U.S. Dramatic Special Jury Award for Sound Design, is the long-awaited follow up to Carruth’s 2004 cult classic, Primer.

Sleepwalk With Me, winner of the Best of NEXT <=> Audience Award, Presented by Adobe Systems Incorporated, at the 2012 Sundance Film Festival, will be available in the UK on April 29, the day after its European premiere at the second Sundance London film and music festival at The O2. One Mile Away will also be available in the U.S. and UK earlier that week.

Founded by Robert Redford in 1981, Sundance Institute is a global, nonprofit cultural organization dedicated to nurturing artistic expression in film and theater, and to supporting intercultural dialogue between artists and audiences. The Institute promotes independent storytelling to unite, inform and inspire, regardless of geo-political, social, religious or cultural differences. Internationally recognized for its annual Sundance Film Festival and its artistic development programs for directors, screenwriters, producers, film composers, playwrights and theatre artists, Sundance Institute has nurtured such projects as Born into Brothels, Trouble the Water, Beasts of the Southern Wild, Amreeka, An Inconvenient Truth, Spring Awakening, Light in the Piazza and Angels in America. Join Sundance Institute on Facebook, Instagram, Twitter and YouTube.