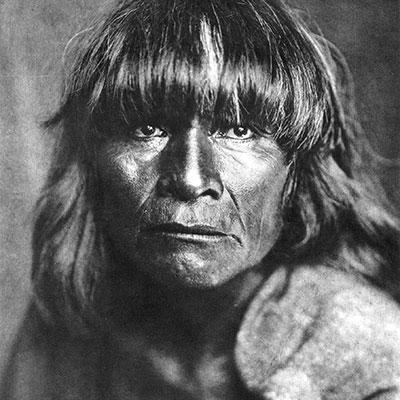 Look for the films on iTunes, Amazon Instant Video, Microsoft Xbox Video, Sony Entertainment Network, SundanceNOW, VUDU and YouTube. Films will be available on Hulu, Netflix and SnagFilms in the coming weeks. Special bonus video content from the Institute’s archives is available for select titles. For details visit sundance.org/nowplaying.

Keri Putnam, Executive Director of Sundance Institute, said, “Since it was founded, Sundance Institute has made support of Native American artists a priority, following the original vision of our President and Founder, Robert Redford. The films premiering today offer a sampling of work supported by our Native American and Indigenous Program and the Sundance Film Festival, and reflect the diversity of Native stories told through the medium of film.”

Sundance Institute
Founded by Robert Redford in 1981, Sundance Institute is a global, nonprofit cultural organization dedicated to nurturing artistic expression in film and theatre, and to supporting intercultural dialogue between artists and audiences. The Institute promotes independent storytelling to unite, inform, and inspire, regardless of geopolitical, social, religious, or cultural differences. Internationally recognized for its annual Sundance Film Festival and its artistic development programs for directors, screenwriters, producers, film composers, playwrights, and theatre artists, Sundance Institute has nurtured such projects as Born Into Brothels, Trouble the Water, Beasts of the Southern Wild, Amreeka, An Inconvenient Truth, Spring Awakening, Light in the Piazza, and Angels in America. Join Sundance Institute on Facebook, Twitter and YouTube.

Sundance Institute Native American and Indigenous Program
Rooted in the recognition of a rich tradition of storytelling and artistic expression by Native American and Indigenous peoples, the Sundance Institute Native American and Indigenous Program operates the NativeLab Film Fellowship established for emerging Native American/Alaska Native/Native Hawaiian filmmakers. The program has also established filmmaker labs in New Zealand and Australia which have spawned such projects as The Strength of Water (New Zealand), Samson and Delilah (Australia), Bran Nue Dae (Australia), and Here I Am (Australia). The program also collaborates with the other artist programs of the Institute and scouts worldwide and across the United States for Indigenous artists with projects that can be supported through the Institute’s Feature Film Program, Creative Producers Summit/Creative Producing Fellowship, and Sundance Film Festival. Filmmakers and projects identified for support include Sterlin Harjo’s Spirit Award–nominated Four Sheets to the Wind and his follow-up feature Barking Water; Academy Award nominee Taika Waititi’s feature debut Eagle vs Shark and his follow-up feature Boy; Billy Luther’s award-winning Miss Navajo and his second feature documentary Grab; and Andrew Okpeaha MacLean’s Sundance Film Festival Jury Prize–winning Sikumi and his feature debut On the Ice, which was awarded the Crystal Bear Award and the Best First Feature Prize at the 61st Berlinale; and Aurora Guerrero’s Mosquita y Mari, which premiered at the 2012 Sundance Film Festival. Forthcoming projects include Sydney Freeland’s Drunktown’s Finest and Yolanda Cruz’s La Raya. www.sundance.org/native