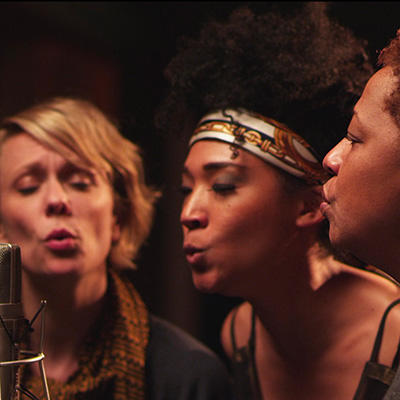 Park City, UT — Sundance Institute today announced that singers Darlene Love, Merry Clayton, Lisa Fischer, Tata Vega and Judith Hill and multi-platinum recording artist The Fray will perform at the annual ‘A Celebration of Music in Film’ event on January 20, 8:00 p.m. MT, at Sundance House Presented by HP at the 2013 Sundance Film Festival. The event is hosted by the Sundance Institute Film Music Program, which works year-round to enhance the role of music in independent film.

Singers Love, Clayton, Fischer, Vega and Hill are featured in Twenty Feet from Stardom, in the Festival’s U.S. Documentary Competition. The film also shows how the back-up singers’ voices have made major contributions to the artists they work with – including Mick Jagger, Sting, Bruce Springsteen and Chris Botti – and illuminates the art of melding their down distinct voices with lead vocals. Many of us have had no idea who these singers are and what lives they lead – until now.

The Fray, a critically acclaimed, multi-platinum recording artist, has achieved worldwide success with such iconic songs as Never Say Never, How to Save a Life and You Found Me. The Grammy nominated band, made up of Isaac Slade, Joe King, Dave Walsh and Ben Wysocki, has been a mainstay on the charts since 2005.  Their latest album “SCARS AND STORIES” is still garnering attention after last year’s release and they’ve been featured in numerous film and television shows.

“We’re thrilled to be showcasing The Fray alongside the incredible talent from the film Twenty Feet from Stardom to pay tribute and put the spotlight on the contributions that music gives to both film and our culture,” said Tracy McKnight, producer and co-host of ‘A Celebration of Music in Film’ and Head of Film Music for Lionsgate. “We could not be more excited and honored to give music the center stage on this special night.”

The performance will be open to all Festival credential holders (21 and older) on a space-available basis.  A limited number of spots on the guest list will be given away to guests 21 and older via Twitter @sundancefestnow.

‘A Celebration of Music in Film’ complements additional musical components of the Festival, including daytime performances programmed by ASCAP, three nights (January 18-20) of live musical performances hosted by LA public radio station KCRW and a special performance by cellist Maya Beiser presented by the Sundance Institute Film Music Program (January 21, 9:30 p.m. MT at the Music Café). Additional evening musical performances will take place at the Festival, and BMI will host a roundtable discussion about “Music & Film: The Creative Process,” (January 23, 11:00 a.m. MT at the Sundance House Presented by HP) as well as their annual Music Showcase: BMI Snowball Produced by BMI (January 23, 8:00 p.m. MT at Sundance House Presented by HP).