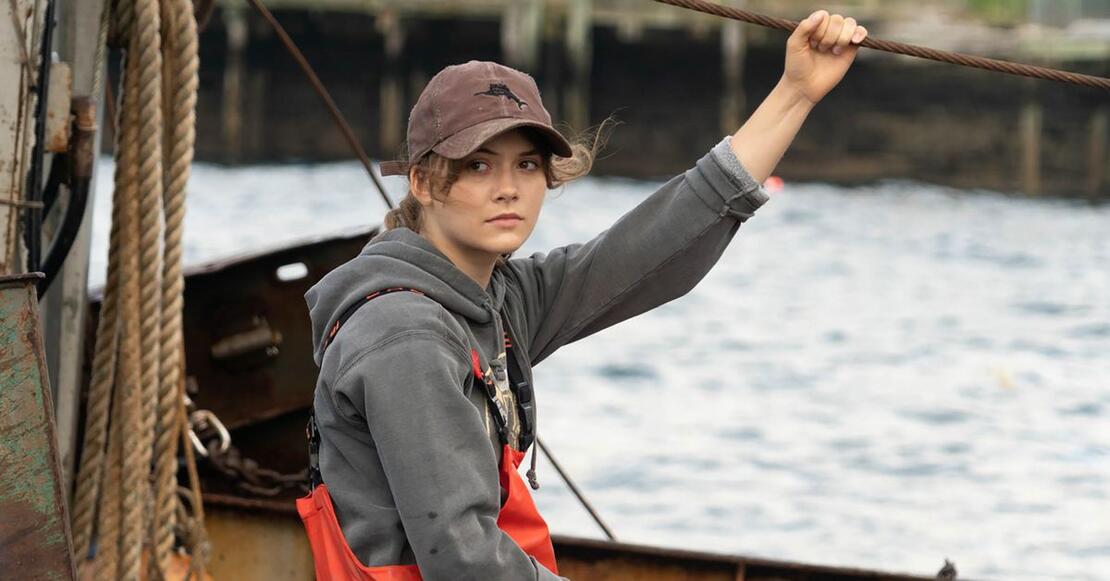 The focal point of the Institute’s summer For the Locals program will be the weekend of July 14–17. They will showcase a diverse set of award-winning films from the 2021 Sundance Film Festival at Salt Lake City’s Red Butte Garden Amphitheatre, Redwood Drive-In Theatre, Sugar Space Arts Warehouse, and Utah Olympic Park. Other events announced today include a curated selection of shorts, VR projects, and feature films that will be featured at Park City’s Latino Arts Festival and Salt Lake City’s Living Traditions Festival, Open Streets, Damn These Heels Queer Film Festival, and the Craft Lake City DIY Festival.

These community events and collaborations are led by Sundance Institute’s Utah Community Program team, Eva Rinaldi (Director) and Mateó B. Ochoa (Senior Manager). Through in-person and online experiences, locals can participate in year-round public programs and artist opportunities that open the exchange of ideas while amplifying the work of regional art organizations.

“We’re eager to gather in-person again, in creative yet safe arrangements that allow us to collectively celebrate independent stories,” said Rinaldi. “Working alongside film teams, our programming team, and our many on-the-ground partners and advocates, it’s been a pleasure to assemble this lineup and devise innovative ways to get these artists’ projects in front of audiences.”

Check sundance.org/sundancelocals for the latest. This season’s full slate of events and collaborations include:

Nuestras Vidas: Latinx Shorts is a curated selection of short films centering Latinx stories and filmmakers. Confirmed films, with more to be added, include:

Dulce / U.S.A., Colombia (Directors: Angello Faccini and Guille Isa) — In coastal Colombia, facing rising tides made worse by climate change, a mother teaches her daughter how to swim so that she may go to the mangroves and harvest piangua shellfish with the other women in the village.

Yoruga / U.S.A., Colombia (Director: Federico Torrado Tobón) — A lonely old man pays a visit to Yoruga, one of the last animals on Earth.

GOOD CRAZY / U.S.A. (Director: Rosa Salazar) — A complex chick deals with a vanilla beau, a shitty brunch, and a dead coyote all in a Los Angeles day. There’s batshit crazy and then there’s good crazy—she fits somewhere in between.

Cuco – Hydrocodone, Director’s Cut / U.S.A. (Director: Jazmin Garcia) — Hydrocodone is a music video for the Mexican American artist Cuco. It’s an abstract journey through a young man’s memories before and after a traumatic accident.

Pablo / Belgium, Colombia (Director: Sergio Guataquira Sarmiento) — Months after a violent separation, Anouk and Pablo have to meet two members of the Ministry of State at Anouk’s place to have the legal authenticity of their cohabitation validated.

At the Twilight Drive-In, Utah Olympic Park, Park City
9:30 p.m. | Rita Moreno: Just a Girl Who Decided to Go For It

Rita Moreno: Just a Girl Who Decided to Go For It / U.S.A. (Director: Mariem Pérez Riera, Producers: Brent Miller, Mariem Pérez Riera, Ilia J. Vélez-Dávila) — Rita Moreno defied both her humble upbringing and relentless racism to become one of a select group who have won an Emmy, Grammy, Oscar and Tony Award. Over a seventy year career, she has paved the way for Hispanic-American performers by refusing to be pigeonholed into one-dimensional stereotypes. World Premiered in the 2021 Sundance Film Festival’s U.S. Documentary section. Stills available.

Nuestras Vidas: Latinx Shorts will be available to watch throughout the day as well as Sundance Institute-supported VR projects that have been a part of our New Frontier lineup.

Presented in partnership with THE BLOCKS and the Downtown Alliance, the program will feature a curated selection of short films centering BIPOC stories and filmmakers. Films can be watched from a mobile LED screen and enjoyed from the steps of the Eccles Theatre.

At Utah Olympic Park, Park City | Thank you to our partners at Park City Film and Dragonfli Media
6:30p.m. | Jockey

Summer Of Soul (…Or, When The Revolution Could Not Be Televised) / U.S.A. (Director: Ahmir “Questlove” Thompson, Producers: David Dinerstein, Robert Fyvolent, Joseph Patel) — During the same summer as Woodstock, over 300,000 people attended the Harlem Cultural Festival, celebrating African American music and culture, and promoting Black pride and unity. The footage from the festival sat in a basement, unseen for over 50 years, keeping this incredible event in America’s history lost – until now. World Premiered in the 2021 Sundance Film Festival’s U.S. Documentary Competition section, where it won the U.S. Grand Jury Prize: Documentary and the Audience Award: U.S. Documentary. Stills available.

Flee / Denmark, France, Sweden, Norway (Director: Jonas Poher Rasmussen, Producers: Monica Hellström, Signe Byrge Sørensen) — Amin arrived as an unaccompanied minor in Denmark from Afghanistan. Today, he is a successful academic and is getting married to his long-time boyfriend. A secret he has been hiding for 20 years threatens to ruin the life he has built. World Premiered in the 2021 Sundance Film Festival’s World Cinema Dramatic Competition section, where it won the World Cinema Grand Jury Prize: Documentary. Stills available.

At Utah Olympic Park, Park City | Thank you to our partners at Park City Film and Dragonfli Media
8:30 p.m. | CODA

At Red Butte Garden Amphitheatre, Salt Lake City
9:30 p.m. | Summer Of Soul (…Or, When the Revolution Could Not Be Televised)

At Sugar Space Arts Warehouse, Salt Lake City
5 p.m
Join us for an evening of short films centering BIPOC stories and filmmakers, aSundance Institute event for artists, and a feature film screening of CODA from the 2021 Sundance Film Festival at 8 p.m.

New Frontier identifies and celebrates creators who explore the opportunities within the newest technologies to push the edges of story conception and craft, and to invite the audience to experience stories as never before. VR projects that have been a part of our New Frontier lineup can be found in the STEM Building and available to experience throughout the DIY Festival. Projects include:

The Summation Of Force / Australia (Directors: Narelle Autio, Trent Parke, Matthew Bate)
In a moonlit suburban backyard, two brothers battle one another in an otherworldly game of cricket in this stunning black and white live-action study of the motion, physics, and psychology of sport.

Sundance Institute
As a champion and curator of independent stories for the stage and screen, Sundance Institute provides and preserves the space for artists in film, theater, film composing, and digital media to create and thrive.
Founded in 1981 by Robert Redford, the Institute’s signature Labs, granting, and mentorship programs, dedicated to developing new work, take place throughout the year in the U.S. and internationally. Sundance Co//ab, a digital community platform, brings artists together to learn from each other and Sundance Advisors and connect in a creative space, developing and sharing works in progress. The Sundance Film Festival and other public programs connect audiences and artists to ignite new ideas, discover original voices, and build a community dedicated to independent storytelling. Sundance Institute has supported such projects as Clemency, Never Rarely Sometimes Always, Zola, On The Record, Boys State, The Farewell, Honeyland, One Child Nation, The Souvenir, The Infiltrators, Sorry to Bother You, Won’t You Be My Neighbor?, Hereditary, Call Me By Your Name, Get Out, The Big Sick, Mudbound, Fruitvale Station, City So Real, Top of the Lake, Between the World & Me, Wild Goose Dreams and Fun Home. Join Sundance Institute on Facebook, Instagram, Twitter and YouTube.